Perfect Lazybones/Shutterstock.com
Share this post on:
More Great Content:
The 9 Largest Animals That Live in…
The 8 Coldest Deserts On Earth Are…
The Arabian Desert
7 Hottest Deserts on Earth are Absurdly…
This is The Largest Desert In Africa
The Atacama Desert

The earth has an abundance of habitats considered deadly, and deserts rank at the top for being one of the most dangerous places on earth. Deserts are classified as areas that do not receive more than 10 inches (25 cm) of precipitation a year. The desert is home to a variety of plants and animals designed to live to thrive in extreme climates, but for humans, they are among the most vicious places on the earth. In this article, you will learn about the 9 deadliest and most dangerous deserts on earth.

It is not uncommon for humans to inhabit deserts, but it is much more difficult to live in these hot and arid environments. There are plenty of reasons why a desert may be considered deadly. Let’s get into the 9 most dangerous deserts on earth and why humans must be cautious when visiting them.

What Makes Deserts So Deadly?

When visiting nature, you must be fully prepared, even if you are just going on a short hike. The animals and climate of a desert make it nearly impossible for anyone to explore them unless prepared.

The extreme temperatures of a desert and the variety of animals that live in it are why many of them are some of the most dangerous places on earth. Plants like cactus are also dangerous if you unexpectantly walk into them in the wild.

Venomous snakes, spiders, scorpions, wild dogs, killer bees, and lions are a few deadly animals living in deserts. The animals that live in deserts vary depending on their geographical location, but many are just as dangerous as their environments.

The animals are just one thing to worry about. Deserts are known for their lack of water and extreme temperatures. While not all deserts are hot, even the cold ones have climates so extreme you can not survive without special equipment.

There are many reasons why a desert may be dangerous, and here are 9 around the globe infamous for the dangers they hide within them.

The weather makes this desert deadly, with hot spells in the summer and freezing temperatures in the winter. New Mexico, Arizona, and Texas are the states within the desert, and a portion is in Mexico.

The size and barren landscape of the desert make it difficult to traverse. Spiky plants like eagles claw cactus or thistle cholla fill the landscape, so you must be careful in the desert to avoid getting pricked.

The Chihuahuan desert has inhabitants like rattlesnakes, scorpions, and centipedes that are venomous to humans. Running into one of these animals or any other dangers within this desert can be fatal, especially since the size of the desert may make it hard to get help if needed.

A variety of dangers lie in this desert, with animals like rattlesnakes and mountain lions living in the area. It is possible to get altitude sickness in the Great Basin since the sea level ranges from 6,825 to 13,065 feet above sea level. Nausea, dizziness, and difficulty breathing are symptoms of altitude sickness.

The lack of water in the air of the Great Basin makes dehydration occur more quickly, and the sun is also more damaging due to the high sea level. Cell reception is spotty in the area, so this desert is a recipe for disaster if not prepared.

The Gobi desert is around 500,000 mi² large and is the 6th largest desert in the world. This deadly desert is located in South Asia, near Mongolia and northern China. Around 5% of the region is sand, and the desert is filled with mountains, rocky cliffs, and canyons. Sandstorms are common in the desert, and extreme weather like droughts and harsh winters.

Classified as a cold desert, Gobi gets to freezing temperatures as low as −40 °F (−40 °C). This region is not as barren as other deserts and is filled with dangerous animals like adders, pit vipers, and wild dogs.

For a long time, the Mojave desert was considered the hottest place on earth, with regions of the desert like Death Valley reaching record-breaking temperatures peaking at 134 °F (56.6°C).

While the Mojave desert is the smallest of the major deserts in North America, it is also one of the driest and hottest. Primarily located in the United States, the Mojave desert can be found in Nevada, Utah, Arizona, and California and covers 47,877 mi² of land.

The wildlife of the Mojave is just as fearsome as its climate, with mountain lions, tarantula hawks, spiders, and assassin bugs living within it. The desert is also home to the Gila Monster, one of the few venomous lizards on the planet.

Not only is the Arabian Desert one of the largest of its kind in the world, but it is also one of the hottest. This desert covers around 900,000 square miles and is located mostly in Saudi Arabia. The heat of this desert is hotter than most places on earth, and record temperatures have been recorded to get as high as 133 °F (56.1°C).

Lethal animals are also abundant in the area, with deadly species like hyenas, leopards, scorpions, cobras, and honey badgers inhabiting the region. Being one of the largest deserts on earth, the land is most notorious for the oil buried deep in the ground. The dangers of the Arabian desert include its heat, the deadly animals, and vast barren lands that will kill you if you wander too far in the endless sandy.

Around 18 percent of Australia’s landscape is defined as a desert.

There are 10 different deserts in Australia:

Australia is one of the driest continents in the world and is filled with many deadly animals adapted to live in the desert to go along with its extreme climate. Around 1,000,000 square miles of Australia is covered in desert, and this land gets very little rain.

Some of the deadliest animals in the world live in Australia, which is what the continent is known for. It is estimated there are around 66 venomous snakes in Australia. Also, dangerous spiders like red-backs and Australian funnel weavers live in the region.

The dry climate and high temperatures are common in Australia, just like any other desert. While a beautiful place to visit, you should be prepared if planning a visit to the deadly deserts of Australia.

In China, the largest desert is the Taklamakan Desert, which is also one of the most dangerous in the world. What makes this desert deadly is the extreme temperatures reached across the landscape.

Being around 123,550mi² large, the Taklamakan desert sets records with temperatures up to 152°F (66.6°C). A large portion of this desert is barren landscapes of rocks and sand.

Some dangerous animals that inhabit the desert include wolves, venomous snakes, and boars. Water habitats such as ponds are extremely rare in this desert, and most of the landscape is barren. The Taklamakan desert is one of the deadliest on earth due to the animals and climate of the area.

Stretching over 5.275 million mi², Antarctica is the largest desert in the world, and it is also among the most dangerous. Antarctica is classified as a desert since it only receives around 2 inches of water annually.

It does not rain in most parts of the continent, even though the area holds around 60% of the earth’s freshwater. Extreme colds are usual in the Antarctic desert, and temperatures get to record lows as cold as −128.6 °F (−89.2 °C).

The freezing climate makes this desert most dangerous, and the air is so cold hypothermia only takes 30 minutes if not properly geared for the cold. Antarctica is the coldest place on earth and also the continent with the highest elevation with an average of 8,200 ft. The high elevations and reflections of the sun on the ice make it easy to get terrible sunburns.

You will not find a colder place on earth than Antarctica. Animals like leopard seals and killer orcas that live in the water make the area even more deadly.

The Sahara desert covers North Africa and is the largest hot desert in the world. Being 3.552 million mi² large, there are endless dangers within this African wasteland. The Sahara desert has been a deadly area for millions of years, which is why saints have named the area the most dangerous place in earth’s history.

The Sahara’s heat burns high, with record temperatures reaching 136 °F (57.7°C). The extreme heat is not the only danger of the Sahara; deadly predators can be found all over the region.

Some of the most deadly animals in the Sahara include:

The Sahara desert is extremely dangerous and has an abundance of animals with potent bites and venom. 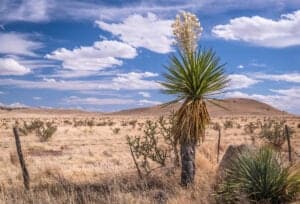 The Longest Biking Trail in Tennessee 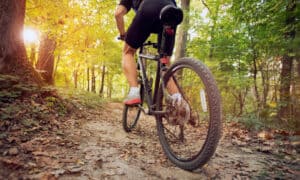