One of the Big Four. 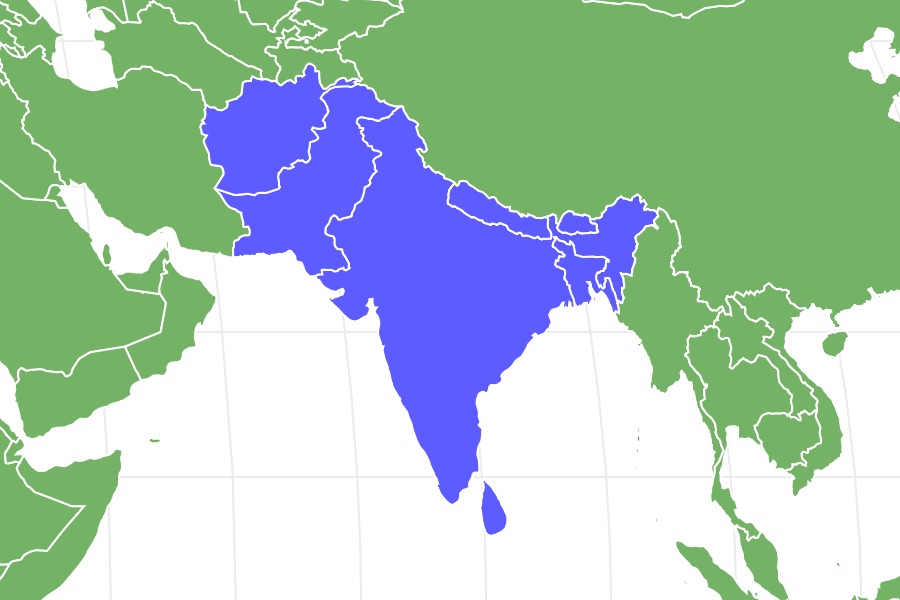 View all of our Indian Cobra pictures in the gallery.

View all of the Indian Cobra images!

“With its powerful venom and distinctive appearance, the Indian cobra, also known as the spectacled cobra, is among the most dangerous snakes in the world.“

In India, this cobra is considered to be one of the “big four” snakes that are responsible for the majority of bites and deaths every year. As an important religious and cultural symbol, it is the subject of much intrigue, fear, and fascination. This article will cover some interesting facts about the identification, habitat, lifespan, and diet of the Indian cobra.

Where to Find Indian Cobras

The scientific name of the Indian cobra is Naja naja. This is derived from the Sanskrit (South Asian language) word naga for cobra. The genus Naja contains many different types of cobras within the reptile class, including the Egyptian cobra, Chinese cobra, and Arabian cobra. The king cobra, while it looks similar, is part of a separate genus entirely. Because of its enormous range, the Indian cobra can be further broken down into several subspecies, based on their habitat and physical characteristics.

According to the IUCN Red List, the Indian cobra is considered to be a species of least concern. Population numbers appear to be common and stable for the time being. It has very few threats in the wild except perhaps for human hunting. The hood markings are used in the production of handbags.

The Indian cobra is a large snake, measuring anywhere between four and seven feet in size. The smooth skin comes in many different colors, including creamy white, yellow, dark brown, and black, with various bands along the body. The most recognizable physical characteristic is the large hood on the neck with the two black circular ring patterns connected together with a white outline. The hoods are not just there for show but are among the most important of its defensive adaptations, because they make the snake appear larger in size than it would normally be. Males and females generally look similar to each other in their appearance, which can make sex identification very difficult.

How to identify the Indian cobra by some of its physical characteristics:

The Indian cobra is thought to be among the most dangerous snakes within the reptile class. Its bite is capable of delivering venom that directly attacks the nervous system. This is its most important adaptation that serves as both an offensive and defensive weapon. Without immediate medical intervention, victims will begin to experience numerous neurological symptoms, including significant pain, blurring vision, difficulty breathing, and paralyzed muscles.

In the most severe bites, victims may eventually go into cardiac arrest or respiratory failure. Death rates are not entirely known, but they’re thought to be quite high in people who don’t seek proper medical treatment in time. India is one of the most affected countries in the world in terms of snakebite fatalities.

The Indian cobra is part of the “Big 4” snakes that are the deadliest snakes in the world. It’s believed that about 12% of all venomous snake bites in India each year are Indian cobras.

Encounters with humans are quite common, especially when the snake wanders into human homes, farms, or buildings in search of food. This can lead to many accidental bites. When it feels threatened, the India cobra will stand on the upper third part of its body, flare its hood, and start hissing very loudly. Because of how dangerous it is, people should not try to provoke this snake in any manner. It’s thought that the Indian cobra causes about 10,000+ venomous bites per year.

View all 27 animals that start with I

How do Indian cobras compare to king cobras?

Yes, the Indian cobra is highly venomous and should be avoided at all costs. Its venom will target the nervous system and quickly cause paralysis and pain.

How do Indian cobras hunt?

Indian cobras are opportunistic predators that will consume almost anything they come across. They spend most of the day hunting for prey along the ground. Once it spots the prey, the cobra will strike quickly and wait for the venom to take hold. The victim will be paralyzed quickly, enabling the snake to swallow it whole. Their slow metabolism enables them to go a long time without any food at all.

Yes, Indian cobras are extremely aggressive. They tend to stand their ground when directly threatened and may not flee on their own.

Where do Indian cobras live?

Indian cobras can be found in various locations and habitats, including forests and grasslands, around the Indian subcontinent.

What do Indian cobras eat?

The diet of the Indian cobra mostly consists of rodents, lizards, and frogs. By feeding on vermin, these reptiles often keep an area free of annoying pests (although they often cause more problems than they actually solve).

What are some physical characteristics of the Indian cobra?

Identification by appearance alone is fairly simple. The Indian cobra has a very prominent hood that stands out from the rest of the body. The smooth skin comes in several different colors, including yellow, brown, white, and black.

How big is an Indian cobra?

This cobra can sometimes grow up to seven feet in size. The weight is usually about five or six pounds, though sometimes a lot more.

What are the natural predators of the Indian cobra?

The Indian cobra has only a few natural predators in the wild. Wild boars and mongooses are known to steal the eggs and consume baby cobras. Mongooses can also kill an adult cobra as well, an unusual phenomenon that was popularized in Rudyard Kipling’s short story “Rikki-Tikki-Tavi.” The thick fur will protect the mongoose against the cobra’s fangs, whereas the speed and agility enable it to bite the cobra’s neck and kill it. Other significant predators include Crocodiles and eagles. If it can avoid falling victim to these predators, especially as a baby, then the Indian cobra has a very healthy and robust average lifespan of 24 years in the wild.

Cobras are hunted by a number of animals. Mongooses, king cobras, honey badgers, eagles, hawks, crocodiles, and secretary birds are all animals that hunt cobras.

What's the difference between a king cobra and an Asian cobra?

The king cobra is not only much longer than the Asian cobra, but is not even a member of its genus. There are some biologists who don’t believe it’s a real cobra at all.

The king cobra, whose scientific name is Ophiophagus hannah can grow to 18 feet long. It’s not only larger in size than N. naja but is much more aggressive. O. hannah is also a more attentive parent. N. naja females guard their nests, but the female king cobra actually makes a nest for her eggs and guards it. Not only this, the male stays nearby, as if for backup. The king cobra also gets its name because it has other snakes as part of its diet. It eats snakes almost exclusively. Ophiophagus means “snake eater.”

Asian cobras are highly venomous and responsible for about 12 percent of all snakebites in India. The mortality rate for someone who gets envenomated by the Asian cobra and does receive treatment is between 20 and 30 percent. Even if the person doesn’t die the symptoms of envenomation can be excruciating.

Is the Indian cobra the same as the Asian cobra?

The Indian and Asian cobra are the same animal. It’s also called the spectacled cobra and the binocellate cobra.

Is the Asian cobra one of the "Big Four"?

The Asian cobra is indeed one of the “Big Four” snakes that are responsible for most of the snakebites in India. The others are the Russell’s viper, the common krait and the Indian saw-scaled viper.