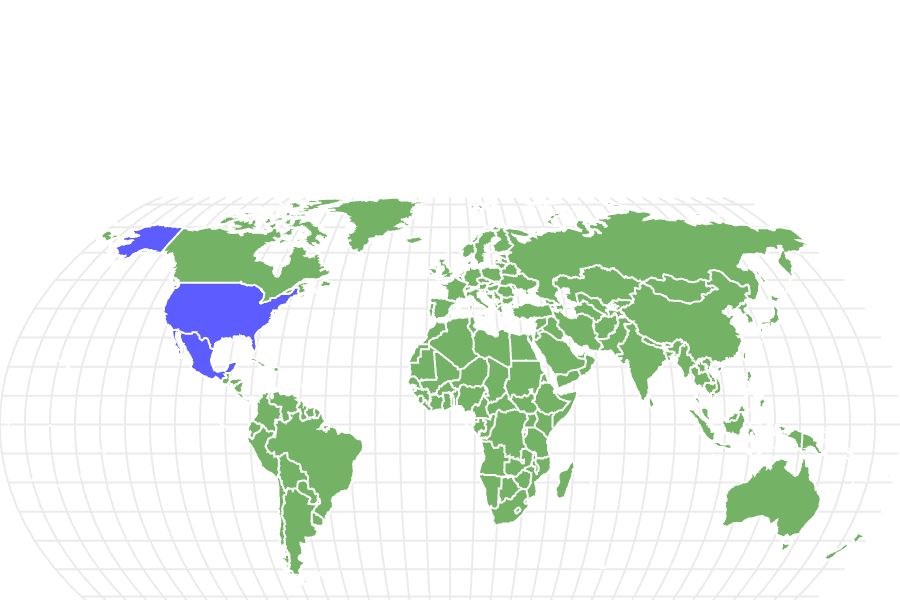 View all of our Jackrabbit pictures in the gallery.

View all of the Jackrabbit images!

A black-tailed jackrabbit is a hare found in the south and western parts of the United States as well as in Mexico. Along with having a black tail, this hare has fur colors of grayish-brown on most of its body with white fur on its face. It’s an herbivore eating grass, bark, cacti, and twigs. The lifespan of this hare is five to eight years.

Subspecies of the black-tailed jackrabbit are:

The fur of this animal features a combination of colors, namely gray and brown. Along with a black tail, it has white fur on its face and yellow eyes with round black pupils. This hare is up to two feet long and can weigh three to eight pounds. Ten pounds is the heaviest this hare can be.

Its ears are the most notable feature of this animal. When it comes to proper identification, a hare’s ears can grow as long as seven inches while a rabbit’s ears are only three or four inches long. The back feet of a hare are also longer than a rabbit’s hind feet. A hare uses its long hind feet to propel itself off the ground to leap a distance of ten feet while running. When you picture this animal leaping ten feet, keep in mind that a distance of ten feet is equal to half the length of an adult giraffe!

The gray and brown fur of a black-tailed jackrabbit helps it to blend in with its desert and plains habitat. This camouflage helps protect these hares from predators. This animal’s speed is another defense it has against predators. This animal can reach a speed of up to 45 mph. Furthermore, it runs in a zig-zag pattern which can put even more distance between this animal and its predators.

These are solitary animals. This is another difference in identification between hares and rabbits. Rabbits are social animals living in large groups. Hares are known as shy and non-aggressive.

Black-tailed jackrabbits live in the western and southern parts of the United States and the northern part of Mexico. They are found on the open plains, in rocky areas, and in a desert habitat. These hares can survive in an arid to temperate climate.

These hares rest during the day between large rocks or beneath dense bushes. This helps them to stay cool in more arid environments. They come out in the evening as the sun is going down and are active during the night. Their eyes are excellent at detecting motion in the dark. However, their sense of smell and hearing is much sharper than their sense of sight. Though these animals are frequently on the move within their territory, they’re not considered migratory animals.

Black-tailed jackrabbits are herbivores. They look for grass, twigs, bark, and other vegetation at night.

What Do Black-tailed Jackrabbits Eat?

The main part of a black-tailed jackrabbit’s diet is grass. If the grass is sparse in their environment, they may eat bark, weeds, or even cacti.

A hare is able to digest cacti, bark, and other hard vegetation because it travels to the appendix where it’s broken down before it reaches the animal’s stomach.

Coyotes are the main predators of these hares. Other predators include bobcats, hawks, and eagles.

All of these predators can travel at a high rate of speed just like the black-tailed jackrabbit. A coyote or bobcat may stalk a jackrabbit out looking for vegetation at dusk. Those two animals are experts at hiding and stalking their prey. Alternatively, a hawk or an eagle may spot one while sitting on a high branch in a tree. These birds can swoop down and pick up this mammal with their sharp talons. Furthermore, they are large enough to carry the weight of this hare as they fly away.

These speedy animals are at risk of habitat loss. Their population is decreasing; however, their conservation status is Least Concern.

The mating season of this hare goes from January to August. During this time, male and female black-tailed jackrabbits run around chasing each other and leaping in the air, all in an effort to find a mate. These hares have many different partners in a mating season, and a female has three to four litters of babies each year. The gestation period is 41 to 47 days long and the female gives live birth to between one to eight babies. Compare this to a rabbit’s gestation period of 30 days. Also, the typical litter of a rabbit contains four to twelve bunnies.

Female black-tailed jackrabbits have their young in a shallow depression on a stretch of ground. They don’t create a nest. Newborns weigh just a few ounces. A black-tailed jackrabbit’s babies are called leverets. They are born with a thin layer of fur and their eyes are open. The mother jackrabbit nurses her newborn leverets but leaves them to live independently within two weeks of birth.

The lifespan of the black-tailed jackrabbit is five to eight years. These hares are vulnerable to an infection called Tularemia. It can kill a hare and can be transmitted to humans via a tick or an animal bite.

The population of the black-tailed jackrabbit is unknown but listed as decreasing. However, these hares have a conservation status of Least Concern.

Are jackrabbits carnivores, herbivores, or omnivores?

One of the facts hares share with rabbits is they are both herbivores.

The size of a black-tailed jackrabbit can go up to two feet in length. These hares weigh three to eight pounds but can be as heavy as ten pounds.

The eyes of a jackrabbit are yellow with black pupils.

What is the difference between a rabbit and a jackrabbit?

When looking at the identification between hares and rabbits, the length of their ears is definitely something to note. The ears of a typical rabbit are just a few inches long whereas a hare’s ears are usually double that length.

Along with having longer ears and hind feet, a black-tailed jackrabbit is larger in overall size than a rabbit.

Rabbits are known for making burrows with various tunnels throughout their habitat. You may think hares do the same thing. But this is one of those facts differentiating these two animals. Hares live under dense bushes, between large rocks or even in hollow logs. They don’t make a home underground. Biologists have noted hares move around within their habitat a lot more than wild rabbits do.

While they are both herbivores, hares have been known to include tree bark and small branches in their diet.

One of the most notable facts differentiating these two animals concerns their social behavior. Rabbits are found in burrows sometimes containing dozens of other rabbits. Hares are mostly solitary.

How fast does a jackrabbit run?

A black-tailed jackrabbit can run up to 45mph.

What does a jackrabbit eat?

This animal eats grass, bark, cacti, and twigs. This hare is an expert at finding and digesting a variety of vegetation in its habitat.

What are fun facts about jackrabbits?

One of the most surprising facts about a jackrabbit is it has to eat vegetation for more than survival. A jackrabbit’s teeth are continually growing. So, it must eat vegetation to file those teeth and keep them from getting too sharp. This is something jackrabbits have in common with squirrels and other rodents.

Its method of communication is another one of the fun facts about this hare. They communicate with other hares in the area by thumping their hind feet on the ground. A danger signal could be the meaning behind this action. Or it could serve as a warning to a hare invading the territory of another.

Hares can be seen boxing during mating season, especially in March. Two hares rise up on their hind legs and bat their front feet at one another. It looks a lot like two people boxing in a boxing ring. This is done by a male and a female hare. It usually takes place after a male has followed a female around for several hours. The female hare becomes frustrated with his behavior and turns to take this aggressive pose. Now you know the meaning behind all of the popular photographs and works of art featuring boxing hares.

Have you ever heard of someone having or getting a wild hare? Well, the meaning behind this phrase has nothing to do with someone trying to take in a wild hare as a pet.

Getting a wild hare means a person has done something unexpected or spontaneous. One example is a person who suddenly decides to drive 100 miles to purchase a new flavor of ice cream.

What kind of animal is a jackrabbit?

Though the word rabbit is in its name, this animal is a hare.

Where are jackrabbits found?

These animals live in the western and southern parts of the United States and down into Mexico. They can live in a desert, rocky environment, or open plains habitat.

Specifically, hares live above ground between large rocks, under bushes, in hollow logs, or in shallow depressions in the ground.

Can jackrabbits be pets?

No. These are wild animals that need lots of space to run and forage for their food. A captive jackrabbit is likely to turn aggressive with biting, kicking, or scratching behavior.