When threatened or frightened, the king rat snake has the ability to produce a foul-smelling substance out of self defense. 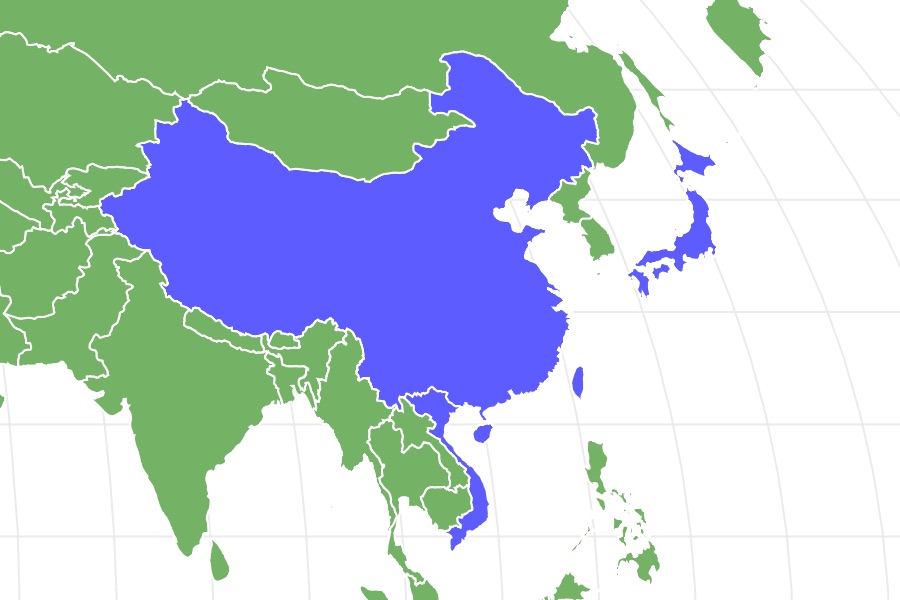 View all of our King Rat Snake pictures in the gallery.

View all of the King Rat Snake images!

When threatened or frightened, the king rat snake has the ability to produce a foul-smelling substance out of self-defense.

The king rat snake is named for its habit of consuming other snakes, including venomous cobras and vipers. It appears to be highly immune to their dangerous venom. While they can be kept as a pet, their aggressive nature can make them very difficult to handle. Fortunately, they are not considered to be all that dangerous. Their appearance makes them seem more threatening than they actually are in reality.

Where to Find King Rat Snakes

The king rat snake is primarily found in the forests, meadows, rice paddies, and shrubs of China, Taiwan, northern Vietnam, and the Ryukyu islands (which are currently part of Japan) up to altitudes of more than 6,000 feet. They prefer to live in a place with plenty of cover and hiding spaces to protect them against dangerous predators.

The scientific name of the king rat snake is Elaphe carinata. Elaphe is a Greek word meaning deerskin or stag, whereas carinata is a Latin word meaning keeled, which refers to the prominent scales along the snake’s body. Three subspecies are currently recognized throughout its natural range.

According to the IUCN Red List, the king rat snake is considered to be a species of least concern. It is not known how many exist in the wild, but numbers do appear to be decreasing. Habitat loss appears to be the greatest continuing threat.

How to Identify the King Rat Snake: Appearance and Description

A full grown king rat snake is characterized by a long, sturdy body covered in many rows of keeled scales (meaning they’re highly prominent and heavily ridged). They also have large eyes and somewhat square heads. Many different color morphs exist in the wild, which can make them very difficult to identify. Some morphs exhibit a solid color such as olive brown or olive yellow, whereas others possess black odd-shaped markings all over their body. In captivity, some of the popular color morphs include albino and axanthic. Most full grown specimens only grow about 5 or 6 feet long, but the maximum size is thought to be around 8 feet.

Here is how to identify the king rat snake:

King Rat Snake: How Dangerous Are They?

The king rat snake is considered to be highly aggressive toward humans. They would prefer to run away and hide, but if directly threatened, the snake will stand its ground and attack. In the wild, they should be generally avoided. It is possible to keep a king rat snake as a pet, but they are considered to be difficult to handle and care for, which means they’re best suited for more experienced snake owners.

These snakes will need an enclosure at least 33 liters large with plenty of hiding spaces and a suitable substrate. The temperature should be set to 72 degrees Fahrenheit at the cool end and 82 degrees at the warm end. They should be fed only once every 10 to 14 days. Frozen rodents or birds, measuring no larger than the widest part of their body, are usually sufficient to satisfy their appetite. These snakes take a few years to reach their full grown size, but many are sold as adults rather than juveniles. They tend to have a lifespan lasting 15 to 20 years.

One of the most stressful periods in any snake’s life is when it begins to shed. This should take place every several weeks. The skin should come off in a single piece, and a water bowl should be placed in the enclosure so the snake has a place to soak. If the snake is struggling to shed its skin, then it could be a sign of a wider problem. The king rat snake should never be handled during this period.

No, they do not produce any venom.

How do king rat snakes hunt?

Yes, they are considered to be highly aggressive and difficult to approach.

Where do king rat snakes live?

The king rat snake prefers to live in forests and meadows throughout East and Southeast Asia.

What do king rat snakes eat?

The king rat snake has a varied diet consisting of rodents, frogs, birds and their eggs, insects, lizards, and other snakes.

How big do king rat snakes get?

The king rat snake can grow up to 8 feet in size from head to tail.

Are king and rat snakes the same?

Yes, the king rat snake is considered to be a type of rat snake. The genus to which they belong includes many other species of Asian rat snakes. But this species is also known as the Taiwan stink snake.