Click through all of our Mexican Free-Tailed Bat images in the gallery. 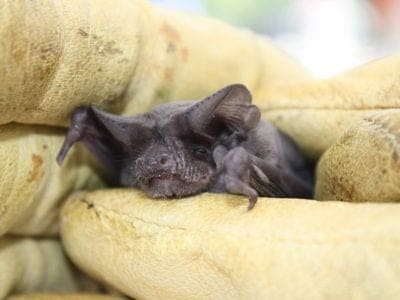 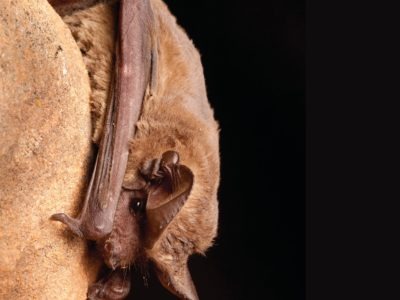 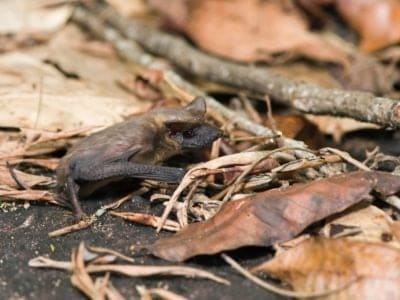 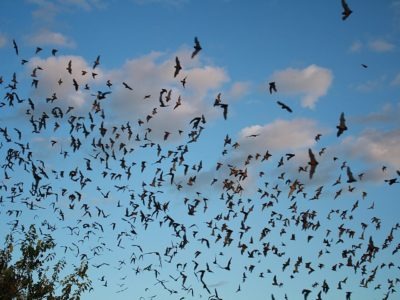 View all of the Mexican Free-Tailed Bat images!

One colony can contain millions of Mexican free-tailed bats. They are carnivores eating dozens of insects each evening. These bats are the most common type found in Texas. Female bats give birth to one baby, also called a pup. They can live up to 18 years.

Tadarida brasiliensis is the scientific name of the Mexican free-tailed bat. Tadarida comes from the Greek word lachtarida which means bat. Brasiliensis refers to Brazil. This bat goes by other names including the Brazilian free-tailed bat, the guano bat, and the mastiff bat. The name guano bat refers to the abundant amount of droppings left behind by these bats. Mastiff bat refers to the similarity between this bat’s face and the face of a mastiff dog.

They belong to the Molossidae family and the class mammalia.

There are 9 subspecies of this bat. This group includes:

This bat has dark brown fur on its body with black fur on its head, face, and ears. Their large ears and small dark eyes have earned them the nickname, mastiff bat. Some people think that this bat’s face looks like a mastiff dog’s face.

Like other bats, the Mexican free-tailed bat has two wings of elastic skin. Look at a bat’s wings closely and you’ll see it has arms and fingers. It has a wingspan of 11 inches.

This bat’s tail extends a few inches beyond what’s known as the tail membrane. In most other species of bat, the tail is hidden inside the membrane with none of it sticking out.

The most important defensive feature of this bat is its speed. It can fly at speeds of 47 mph or more giving it a good chance of getting away from a predator. In fact, these bats are sometimes referred to as the ‘jets’ of the bat world because of their speed (learn about the world’s fastest animals here). Also, their dark fur can help them to hide among the trees in their habitat.

Bats have been known to fly together in large groups. This is another way they protect themselves from predators. If a hawk or an owl is in the area, the predator can only grab one bat from the group. This gives the rest of the group the chance to fly away. Or, the predator may be so overwhelmed by the sheer number of bats, it simply moves off without attacking.

Bats in a colony communicate with one another via chirps, clicks, songs, and even screeches. They most likely have a warning sound if there’s a predator in the vicinity. With all of those chirping sounds, can you imagine how noisy it is in a bat colony?

Because of their small size, these bats are shy and prefer to stay out of sight of both people and other animals.

Mexican Free-Tailed Bat is the Smallest of Its Kind

The Mexican free-tailed bat claims the title as the smallest free-tailed bat. It measures 3.5 to 4.25 inches long and weighs just 0.4 to 0.5 ounces! A Mexican free-tailed bat measuring 4.25 inches is equal in length to one fourth of a bowling pin. A bat weighing 0.5 ounces is equal to half the weight of the average lightbulb. Consider a quick comparison of the smallest free-tailed bat with the largest bat known as the Giant golden-crowned flying fox. It’s a little over 11 inches long and weighs 3.1 pounds. An 11-inch-long Giant golden-crowned flying fox is almost as long as a wooden ruler. A 3-pound bat weighs the same as half a brick!

These bats live in North and South America. Specifically, they live in the southern part of the United States. They have a very large population in Texas. Also, they live in Mexico, Central America, Brazil, Chile, and Argentina. They live in temperate to semi-arid climates.

Not only do these bats live in caves, they also make their homes under bridges, in tunnels and even in the attics of homes. Normally, these bats live near a body of water whether it’s a lake, stream or river. The water is attractive to insects which makes hunting for prey easier for this bat. Also, bats will drink from a nearby water source.

Migration takes place just before the cold weather sets in. Specifically, these bats fly south to live in caves in Mexico. Their migration pattern has these bats heading back north in the early months of the year. People in Texas have spotted Mexican free-tailed bats flying around in February. They are returning to find shelter, mate and have their pups.

What does a Mexican free-tailed bat eat? Moths play the biggest part in the diet of this bat. They also eat dragonflies, beetles, mosquitoes, and ants. These bats eat the insects that are most plentiful in their habitat. One of the most amazing facts about these bats in one colony can eat 250 tons of insects each night. A supply of 250 tons of insects is equal in weight to 2 Blue whales!

Like other bats, Mexican free-tailed bats hunt for prey using echolocation. Echolocation is when a bat sends out high frequency sounds as it flies. When the sounds encounter an object, like a mosquito or a moth, sound waves or echoes travel back to the bat. The echoes serve as a sort of road map to their prey. This is helpful because bats hunt at night sometimes in total darkness.

These bats sometimes eat insects that have ingested pesticides. If there is a large amount of pesticide in the insect, it can kill a bat.

Due to its small size, it’s not surprising that the Mexican free-tailed bat has many predators. Owls, raccoons, hawks, snakes, opossums, skunk, and domestic cats are all predators of this bat. Most of their predators can climb trees and are nocturnal.

Young bats and pups are especially vulnerable to these predators. Plus, if a pup happens to fall from the ceiling of the cave, a mother bat won’t try to retrieve it. This usually means it will fall victim to a predator wandering into the cave.

The population of this bat is suffering some habitat loss due to mining activity in Antilles. However, its official conservation status is Least Concern with a stable population.

The breeding season of the Mexican free-tailed bat takes place in the spring. Male bats spread a particular scent letting females know they want to mate. Male bats mate with several females during this time. They don’t stay with the same partner.

The gestation period of a female bat is 11 to 12 weeks. The female gives live birth to one baby, or pup, while she is hanging upside down. It takes about 90 seconds to give birth.

A female bat doesn’t stay with her pup in the cave. Instead, she leaves it with a large group of other pups born at around the same time. This is called a maternity colony and it’s usually located in the top section of a cave. Think of it as a maternity ward for bats. You may wonder: How does a mother bat find her pup in a large colony of young bats when she wants to nurse? The answer is her pup has a particular scent and a unique way of calling to her. As a note, sometimes pups try to nurse other mother bats that fly in to see their babies. If this happens, the mother bat usually allows it even though the pup is not hers.

Newborn pups have closed eyes and no fur. Their eyes don’t open until they’re about a week old. One of the most interesting facts about Mexican free-tailed bat pups is they grow quickly because the milk they get from their mother is made up of 28% fat. They are weaned on small insects at about 4 weeks and are able to live independently at 7 weeks old. These bats reach sexual maturity at 2 years of age.

There are some people who immediately picture a bat when they think of a rabies carrier. But not all bats carry rabies. Over the years a very small number of Mexican free-tailed bats have tested positive for rabies. In the 1950s, it was thought that Mexican free-tailed bats were able to transmit rabies to humans through the air. This was proven a myth a long time ago.

These bats are known to live up to 18 years in the wild.

There are between 120 and 150 million Mexican free-tailed bats in existence. They are especially plentiful in Texas. In San Antonio, Texas there’s a place called Bracken Cave. Colonies of 20,000,000 bats live in these caves. Groups of bats fly out of the caves forming thick black columns in the air. The groups are so large they may even appear on the radar of a nearby airport!

The conservation status of this bat is Least Concern. Its population is stable.

They are carnivores. Because they eat a variety of insects, some scientists call them insectivores.

What do Mexican free-tailed bats eat?

They eat moths, beetles, dragonflies, mosquitoes, and other insects. These bats eat whatever insects are most abundant in their environment.

This bat has large ears and small dark eyes. Some people say its face looks like a mastiff dog’s face. It has dark brown fur on its body and black fur on its face. In terms of size, it’s the smallest free-tailed bat in existence.

Yes, some of them have been known to carry rabies. But this isn’t a widespread problem.

How fast is a Mexican free-tailed bat?

Mexican free-tailed bats are known to travel at speeds of 47 mph or faster. They are dynamic flyers and can change direction in a split-second!

No, they are not endangered. Mexican free-tailed bats are abundant in the southern part of the United States, in Mexico, and the northern part of South America. They are listed as Least Concern with a stable population.

What Kingdom do Mexican Free-Tailed Bats belong to?

What is an interesting fact about Mexican Free-Tailed Bats?

Some colonies of Mexican Free-Tailed Bats have millions of bats. 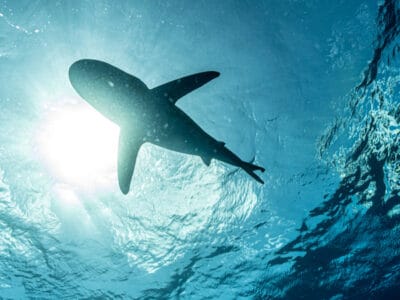 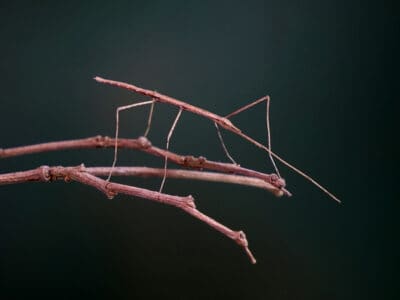 10 Animals That Use Mimicry To Survive 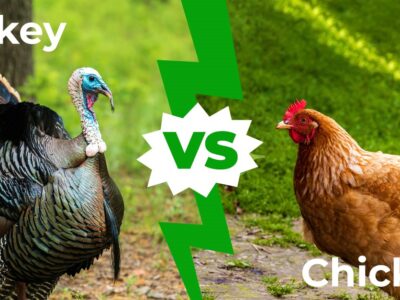 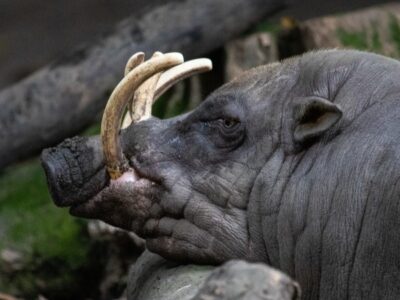 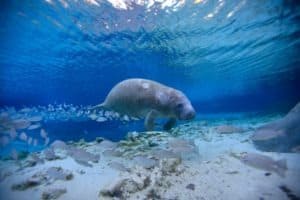 Also known as the Sea Cow!