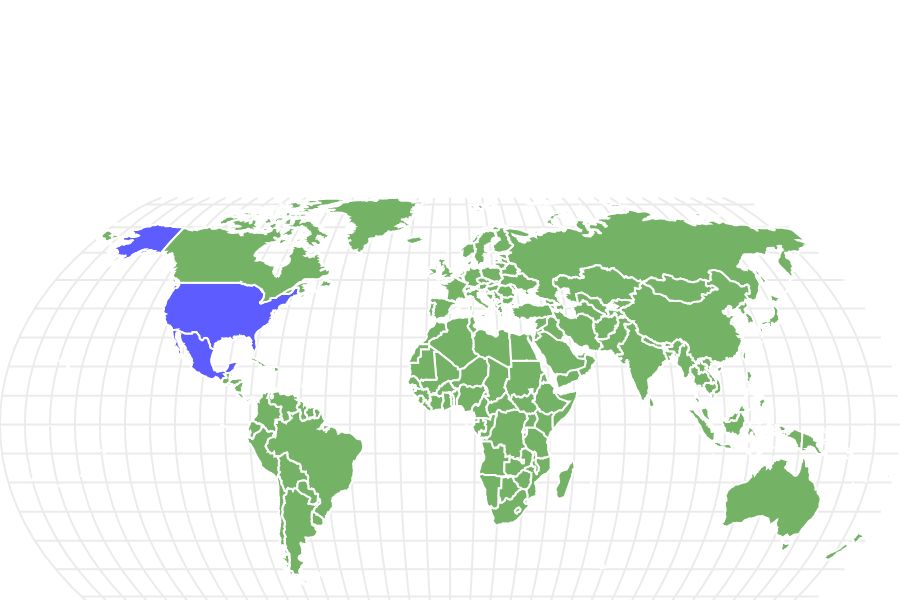 View all of our Pronghorn pictures in the gallery.

View all of the Pronghorn images!

Pronghorns are the only remaining member of the Antilocapridae family. They can run up to 65 miles per hour, making them the fastest North American land mammal. The hair shaft on pronghorns is hollow, which keeps them insulated in freezing climates. Pronghorns usually give birth to one or two babies, called fawns, who can outrun humans when they are just two days old. When Lewis and Clark first wrote about this animal, it is estimated that there were about 3.5 million, but that number has been reduced to 800,000, which is still better than the 13,000 believed to have been alive in 1915.

The upper body and outer part of the pronghorn’s legs are light-to-reddish tan. This animal has white on its chest, stomach, inner legs, cheeks, lower jaw, and sides. It also has a large circular white patch on its rump. While most of the white blends in very well with the rest of the body, this animal’s two white blazes across its throat stand out. Bucks also have a black band from their eyes to their snouts and a black neck patch. This animal looks like it is wearing artificial eyelashes because they are absolutely black and very long.

The hair shafts on the pronghorn are hollow. Additionally, this animal has a short mane. The hairs on the mane are between 2.8-and-3.9-inches long and may stand straight up.

The pronghorn has enormous eyes that are capable of seeing movement up to 4 miles away. The eyes allow the animal to see almost a 300-degree view without moving its head. Each of the eyes is nearly 1.4 inches in diameter, which is the largest of any North American hooved mammal compared to its size.

Pronghorns have pointed double hooves. Each hoof has cartilage in the middle. The front hooves are larger than the back hooves.

Pronghorns are diurnal animals that are most active at sunrise and sunset. If you watch a herd of pronghorns, you will see that they are restless animals. They frequently rotate between eating, sleeping and ruminating, but do not spend extended amounts of time doing any activity.

Usually, herds contain all females or all bachelors. When a pronghorn becomes sexually active, then they form a territorial herd, but there is generally more than one buck in these herds.

Pronghorns communicate with their hair and their voices. When they sense danger, the hair on their rumps stands up, which expands the circumference of the large circle. Then, other pronghorns can see it up to 2 miles away and know that they need to be alert. Short warning wheezes usually accompany this flash.

Bucks who want to show superiority to another buck or want a doe to think they are good-looking will lay back its ears, making its horns look bigger. The buck will also emit a high-pitched whine when trying to impress a female. When a male is rutting, they will emit a roaring sound.

Males mark their territory, although they seldom fight over it unless there is a doe in heat nearby. They rub their cheeks against tall grasses to leave their scent. Bucks also mark their territory while using exaggerated motions. First, they sniff and paw the ground. Then, they urinate before finally defecating.

If a buck senses that another buck is challenging their territory, they will stare at the challenger. Then, they will wheeze while showing off their mane and rump patch. Next, they will trot up to within 40 yards of the intruder before hanging their heads low and walking parallel to them for a short distance. If the intruder is still present, they will finally run at it and keep running after it until it has left the area.

Babies call to their mothers by bleating. You may actually think there is a sheep nearby.

Pronghorns are great runners who can keep running up to 9 miles without stopping. They usually run at about 40 miles per hour, but they can achieve speeds up to 60 miles per hour. They use a leaping gait and can clear up to 19 feet in a single bound. They are great runners, they are not good jumpers. Therefore, they prefer to go under an obstacle when possible. Instead, they rely on their eyesight to spot danger far away and give them a chance at survival.

Pronghorns prefer to live on shrublands, but they will live in steppes when necessary. Each of the five different subspecies of pronghorns has a slightly different habitat.

Pronghorns are herbivores. The different places that they live determine the exact foods that they eat.

Those living in a desert environment, such as the Sonoran and Mexican subspecies, eat desert plants. When food is plentiful, they drink very little water. Once their food sources dry up during the hot summer months, then they rely on chain fruit and cholla fruits for food and water.

American and Oregon pronghorns are more opportunistic eaters who dine on rabbitbrush, sagebrush, bitterbrush, bunchgrass, bluegrass, bottlebrush, ricegrass, squirreltail, and cactus. Grass makes up about 12% of their diet.

The main natural predators of pronghorns are wolves, cougars, bears, and even eagles, all prey upon pronghorn. The animal that eats the most pronghorns in Wyoming is the coyote.

Man is the main threat to pronghorns. Many herds of pronghorn have gone extinct because of overhunting. This continues to be a problem, especially in Northern Mexico. Additionally, the erection of fences and the building of roads divide their territory, making it harder for animals to get together to breed.

Sexual maturity occurs in males at 12 months, but most will not breed until they are 24 months old. Maturity occurs in females at 16 months. Bucks go through a 3-week rutting period. In the northern part of their geographical area, this normally happens in September and later in the southern part.

Gestation lasts between 245 and 255 days. Most fawns in a herd are born within about 10 days of each other. They will weigh between 7-and-9 pounds. After the first time, most pronghorns give birth to twins.

Most pronghorns live to be 8-to-10 years old. They are weaned at about five months. They will not reach their full weight for about 5 years.

There are approximately 700,000 pronghorns left in the wild. While the population remains strong in Wyoming, that is not the case in the rest of their territory. As their territory becomes more fragmented, the total number continues to decline.

Are Pronghorns Antelope or Deer?

Pronghorns are closely related to giraffes. They are members of the Giraffidae family, according to recent DNA testing.

Are Pronghorns Faster Than Cheetahs?

No, pronghorns are not faster than cheetahs. Facts show that they are the fastest land animal in North America.

Are Pronghorns and Antelope the Same Thing?

No, pronghorns and antelope are not the same thing. Yet, you may hear a pronghorn referred to as a pronghorn antelope. They are more closely related to giraffes than they are antelopes and other members of the Bovidae family.

Any wild animal has the potential to be dangerous. If you pen one, then it may hurt you. Pronghorns are very vigilant animals who can see 300-degrees without turning their heads. Their enormous eyes allow them to see up to 4 miles away, and they use their white rumps to warn other pronghorns that you are a danger trying to get close. Therefore, pronghorns will try to get away from you by running. They can run up to 9 miles at speeds over 40 miles per hour.

What are the key differences between pronghorns and antelopes?

The key differences between pronghorns and antelopes are size, family, horn morphology, number of species, and range. 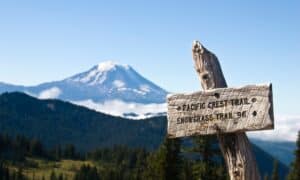