"Whiting" can refer to certain other species of ray-finned fish 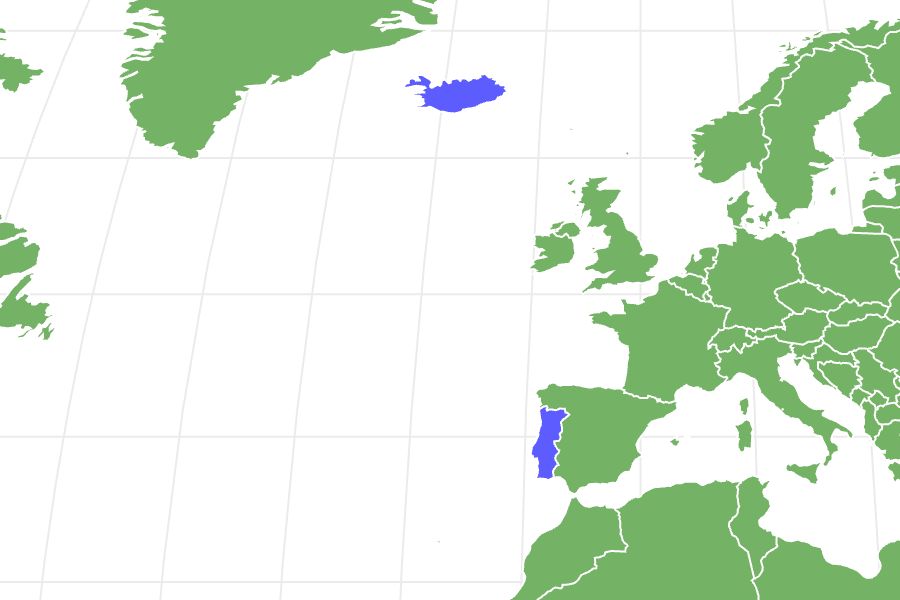 View all of our Whiting pictures in the gallery.

View all of the Whiting images!

Whiting fish is a term that refers to a number of ray-finned fishes, all of which are in the class Actinopterygii.

However, it originally referred to whiting or merling (Merlangius merlangus), also called English whiting, which is in the Atlantic and European waters. In the United states, it refers to Florida whiting and Pacific whiting. The saltwater fish is versatile and used in a number of different cooking methods and recipes.

The scientific name of whiting is Merlangius merlangus. Another name for whiting is merling or in the U.S., English whiting. This fish is in the class Actinopterygii, the ray-finned fishes. It is in the order Gadiformes which means cod-like, and in the family Gadidae of the true cods, cods, or codfishes. Linnaeus named the whiting, with the genus Merlangius coming from the French word merlan meaning a fish. While there are 11 genera and 21 species in Gadidae, there is only one species of whiting.

The common name “whiting” is also used for other fish species in the order Gadiformes and family Gadidae. It refers to Pacific whiting, Florida whiting, and other species of hake (genus Merluccius) in the United States, Alaska pollock (Theragra chalcogramma) in Canada, and the southern blue whiting (Micromesistius australis) in the Southern Ocean.

“Whiting” can also refer to some fish species in the class Actinopterygii. It includes family Sciaenidae with the fish called king whiting, Carolina whiting, sea mullet, southern kingfish, and southern kingcroaker (Menticirrhus americanus), which is in the Atlantic and Gulf Coasts of the United States; Florida whiting (Menticirrhus littoralis) also called Gulf kingcroaker and Gulf kingfish; the northern kingfish (Menticirrhus saxatilis) and smelt-whitings in the family Silliganidae in Australia, India, and the Indo–Pacific with several species in the genus Sillago along with King George whiting (Sillaginodes punctatus).

This fish has a long size with a torpedo-shaped body. It has a dark spot near the pectoral fin on either side of its body. There are two anal fins with 30-35 soft rays and three dorsal fins with 30-40 soft rays, with the first fin being the tallest. The head is small and so is the chin barbel, if present. The juvenile has the small chin barbel, which disappears as it matures. Its color is dark blue, greenish, or yellow-brown, with white or yellow-grey flanks and a silver belly. There are iridescent scales giving it a sheen. In size, it measures 11-27.5in in length with a maximum of 36in and 6.8lbs in weight. Females are longer than males.

The whiting fish habitat range includes the eastern North Atlantic Ocean, the North Sea off the east coast of Britain, the northern Mediterranean, the southeastern Barents Sea, and Iceland to Scandinavia, western Baltic, the Aegean Sea, the Adriatic Sea, Portugal, and the Black Sea. Its water type is temperate saltwater as it inhabits marine and brackish waters that have mud, gravel, sand, and rock, with a depth range of 10-200m. Its conservation status is listed as Least Concern according to the IUCN Red List. However, its conservation status is Vulnerable in the populations that live in the Baltic Sea, according to the HELCOM Red List.

Where to find whiting fish and how to catch it

You can usually find whiting fish (merling) at depths of 30-100m. You are most likely to catch them on beaches off the coast of Britain. Rigs such as a 3-hook flapper, 1 up/1 down clipped rig, and a 2-hook flowing trace work well. While they will take any kind of bait, it is shellfish, prawn, mussels, lugworm, and ragworm that work best. This fish and other fish species called “whiting” put up a fight.

You are most likely to catch Florida whiting or hake (Menticirrhus littoralis) in inlets, bays, and harbors off the coast, or the surf zones, at about 10m deep. The best bait for it is the sand flea while using a medium action rod, spinning reel, braided line, and circle hook. You can also use a double dropper loop rig with sand fleas or small crabs, oysters, cut clams, fresh-peeled shrimp, or live shrimp.

You can find the Pacific whiting or hake (Merluccius productus) off the West Coast of Canada and the United States, at a depth range of 0-1,000m but usually 229m. They migrate seasonally from shallow to deeper waters and back. They will take dead or live bait but squid is best. Catch them at night using hooks sized 4 to 2, a medium tackle, and a high/low leader.

Whiting fish have a carnivorous diet and are major fish predators, even cannibalistic, making their diet almost exclusively piscivorous. Whiting and other species in the Gadidae family have a lot of parasites including the cod worm ((Lernaeocera branchialis). Whiting (merling) is threatened by commercial passive fishing and active fishing.

What do whiting fish eat?

Whiting fish reproduce by spawning and females lay eggs. They are batch spawners. When baby whiting fish hatch, they are called hatchlings, and they are larvae 9-18 days after hatching. When they absorb their yolk sacs they are called fry, and when they get longer they are called fingerlings. When they are still young but not mature, they are called juveniles. They migrate to the open sea after their first year. By their second year, they grow up to 12 inches in length and reach sexual maturity. They have a lifespan of up to 20 years.

Whiting Fish in Fishing and Cooking

This fish is bought fresh, dried, salted, smoked, and frozen. Whiting fish recipes cook them by steaming, broiling, and baking. It is popular in many parts of the world. Its flavor is similar to cod, with a mild, sweet, delicate taste and a lean, firm, light meat that is versatile. This fish is a good source of protein, omega-3 fatty acids, vitamin B, calcium, potassium, phosphorus, and magnesium.

Some popular whiting fish recipes are:

Where are whiting fish found?

Yes, it is healthy and nutritious.

Is whiting fish better than tilapia?

They are almost the same price, with whiting fish usually costing about $1 USD less. In terms of taste, it depends. Tilapia has more fat and a softer texture, which makes it flavorful, but some people think it is bland. Whiting fish has more cholesterol, sodium, and calcium.

Is whiting a cheap fish?

It used to be very inexpensive, but not anymore due to overfishing.

What is the difference between whiting and white fish?