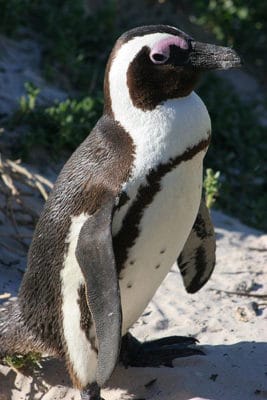 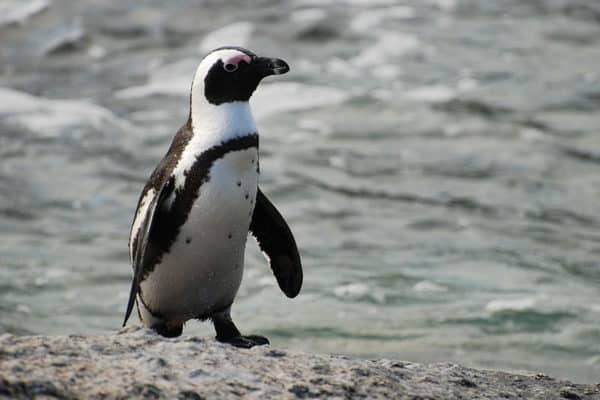 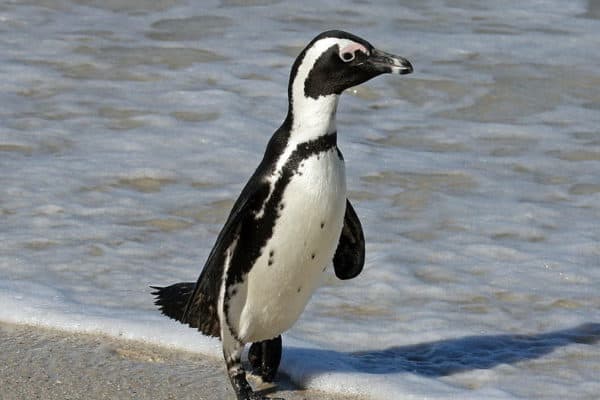 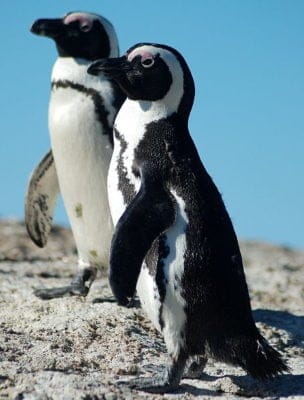 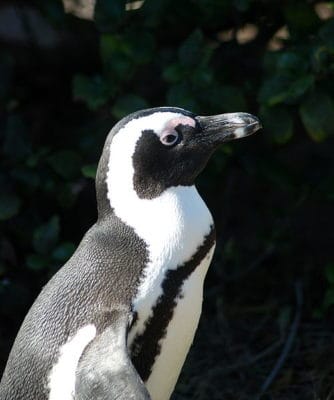 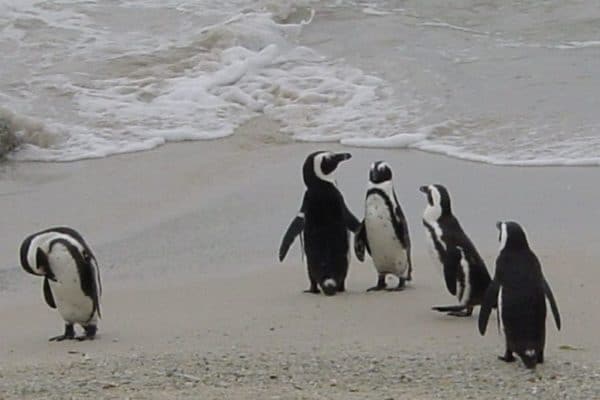 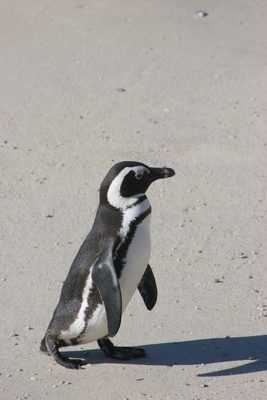 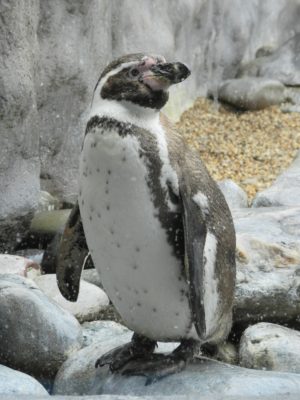 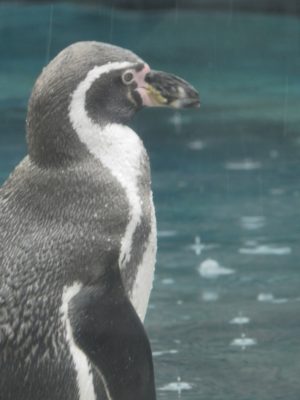 The African Penguin is found on the south-western coast of Africa, living in 27 colonies on 24 islands between Namibia and Algoa Bay, near Port Elizabeth, South Africa, with the largest colony found on Dyer Island, near Kleinbaai. African Penguins are most densely distributed around the cold, nutrient rich waters of the Benguela Current where there is a plentiful supply of food. Although they spend much of their time at sea, African Penguins gather in nesting sites on rocky islands where they spend their days in sheltered burrows to avoid the hot sun. They are one of the only Penguin species to be found in non-freezing conditions and cope with this by burrowing, emerging at dusk and dawn, and using the pink glands above their eyes to cool the blood down.

Like many other Penguin species, African Penguins are incredibly sociable birds, with adults forming pair bonds that last for life (as long as 10 years). African Penguins can often be seen grooming one another, which is not only practical for cleaning purposes, but also for removing parasites and even just rearranging feathers, constantly strengthening the social bond between the pair. Their courtship displays are often very noisy as the male and female Penguin call to each other using a series of donkey-like sounds. African Penguins are also known to submit to a spot of bathing only a few meters from the shore, which they are thought to do quite regularly to both clean and to cool themselves down in the heat.

African Penguins begin to breed at the average age of four, when a male and female will pair up, and tend to breed together for the rest of their lives. The female African Penguin either digs herself a burrow or finds a dip beneath a rock or bush, in which she lays two eggs. The eggs are incubated by both parents for up to 40 days, when only one of the eggs will usually hatch. The African Penguin chicks are fed and kept warm by their parents constantly until they are a month old when they begin to be left on their own, forming crèches with other chicks for protection from predators. They tend to remain with their parents until they are between 3 and 5 months old, when they will leave the colony (this is dependant though on the supply and quality of food in the area). The chicks return to the colony after a couple of years to moult into their adult plumage. African Penguins generally live for between 10 and 15 years.

The African Penguin is a carnivorous animal that, like all other Penguin species, survives on a diet that is only comprised of marine organisms. Shoaling fish including Anchovies, Sardines, Horse Mackerel and Round Herrings make up the bulk of the African Penguin's diet, along with the occasional Squid or Crustacean when normal food is in short supply. The streamlined body of the African Penguin allows it to move through the water like a rocket, capable of reaching a top speed of around 20 kph when hunting for food. African Penguins catch their prey by diving into the ocean depths for around 2 minutes at a time. Although they normally go to depths of around 30 meters, it is not uncommon for them to be found hunting more than 100 meters beneath the water's surface.

The African Penguin's smaller size means that it has many predators both in the water and also on dry land. Their marine predators are primarily Sharks and Cape Fur Seals, but the biggest threat to them on land is not just to the adult Penguins, but more the vulnerable eggs and chicks. Kelp Gulls and Scared Ibises prey on them from the air and Mongooses, Snakes, and Leopards have been observed hunting them on ground. The African Penguin has also been severely affected by Human activity in their native regions, with populations thought to have taken a drastic decline, mainly due to the exploitation of their eggs for food when they were first discovered. They are also severely affected by the disruption of their natural habitats.

Penguins have more feathers than any other bird, which act as a waterproof layer keeping their skin dry. African Penguins moult once a year which they do back in their colonies. The whole process lasts for about 20 days, in which time, the African Penguins cannot swim or eat, and can lose almost half of their body weight. African Penguins are known to spend long periods of time fishing out at sea, and depending on the area, can travel between 30 and 110 km in one trip. However, those African Penguins who have chicks to feed, will rarely go that far, catching food closer to the shore, and as quickly as possible. The African Penguin is also known as the Jackass penguin, due to the donkey-like call that they make during their courtship rituals.

It is widely believed that African Penguins were one of the first Penguin species to come into contact with Humans, due to the fact that they are found on the temperate South African coast rather than in the heart of Antarctica. This however, does not seem to have worked to the bird's advantage as their eggs were stolen for food (slowing the rate of reproduction), and the guano used in nest building was harvested for fertiliser. Today, other threats face the African Penguin including competition for food from commercial fishing and oil pollution in the water. Only a small handful of nesting sites can be accessed by tourists, but the Penguin's nervous nature of people means that these areas have to be strictly monitored.

How to say African Penguin in ...