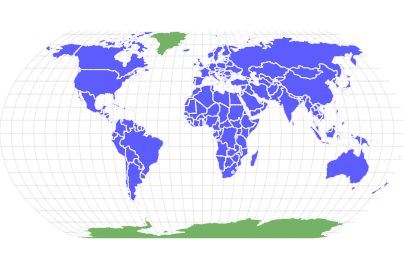 View all of our Crab Spider pictures in the gallery.

View all of the Crab Spider images!

Crab spiders are mostly found in the Thomisidae family, though other spiders known as crab spiders can be found in families such as Selenopidae, Sparassidae, and Sicariidae. These spiders include giant crab spiders such as the enormous Huntsman spider.

The family name Thomisidae was bestowed by the French scientist Charles Athanase Walckenaer. The name derives from the Greek work thominx, which means “cord” or “string.” This is because the spider doesn’t make a web but relies on a single strand of silk. Female spiders deposit their eggs in an egg sac woven of silk or in a nest she weaves in a plant. Females guard their eggs and even the hatchlings until their second molt. The mother dies soon after. It’s probable that she killed and ate the father soon after mating.

Most female crab spiders stay on a plant or other staging ground waiting for prey, while the smaller males wander around.

There are 2100 species, around 175 genera, and hundreds of clades in the Thomisidae family. Among them are the Misumena, Bassaniana and Amyciaea genera. The Misumena genus contains the spider Misumena vatia, the goldenrod crab spider. This spider is found in the holarctic realm, which are habitats found north of the equator. They are famous for their ability to change color, though their “resting” color is white or yellow. They can also be pink or pale mint green and even take on the color of their prey.

Bassaniana crab spiders are called bark crab spiders, and they are found in North America, Europe, and Asia. They have the mottled brown, gray and black coloration that camouflages them among the black, brown, and gray tree bark where they wait for prey.

Crab spiders in the Amyciaea genus have evolved to mimic ants, particularly weaver ants. The spider tricks the ant into believing it is one of them, then kills and eats it. There are five species of Amyciaea ants, and they’re found in Oceania, Asia, and Africa.

Other genera in the Thomisidae family include:

Appearance: How To Identify Crab Spiders

Crab spiders can be identified because their four front legs are longer and thicker than their four back legs. Like many spiders, they have eight eyes, and their eyes are often propped on tubercles. They have flat bodies, two claws, and legs that are held crabwise and allow them to run sideways. This is called laterigrade.

Besides this, crab spiders come in an amazing variety of colors and patterns. They come in shades of white and black, brown, sky blue, goldenrod yellow, cherry blossom pink, and leaf green with patterns of stripes, bands, spots, and blotches.

Habitat: Where to Find Crab Spiders

Diet: What Do Crab Spiders Eat?

Crab spiders eat mostly insects that land too close to where they are hiding. Because their venom is potent for a spider of their size, they can capture insects much bigger than they are. These insects include crickets, grasshoppers, and wasps. Other insects include such pests as aphids, thrips, caterpillars, houseflies, fruit flies, whiteflies, other types of flies, and Japanese beetles, but they can also include beneficial insects such as butterflies and bees. Many crab spiders hunt at night such as the white crab spider, Thomisus spectabilis. Others hunt during the day.

Some flower spiders such as Thomisus onustus, the pink crab spider eat the nectar and pollen from the flowers they live on when prey is scarce.

Crab spiders aren’t dangerous to humans, though they are quite venomous for their size. This venom allows them to take insects much larger than they are. At worst, a human may suffer a bite whose pain lasts a few hours, but the bite isn’t fatal.

How many legs does a crab spider have?

Like all spiders, crab spiders have eight legs. Interestingly, many spiders lose at least one leg during their lifetime, especially males. Losing one or two legs doesn’t affect their hunting prowess, however.

How do you identify crab spider?

A crab spider looks like a tiny crab. The first two pairs of its legs are much bigger than the other two pairs, and the spider can walk backwards, forwards and sideways.

What is a crab spider?

A crab spider is an arachnid, not an insect, that mostly belong to the Thomisidae family of spiders, though arachnids called giant crab spiders belong to other families.

Are crab spiders poisonous to humans?

Crab spiders are venomous, not poisonous. Their venom is not dangerous to humans. Most are simply too small for their fangs to even pierce the skin. The giant crab spiders of the Sparassidae family can make a person sick but usually not sick enough to go to the hospital.

Where are crab spiders found?

Crab spiders are found all over the world save the coldest and driest places. There aren’t any in Antarctica, for example.

Do crab spiders live in the UK?

Crab spiders do live in the United Kingdom. They include Misumena vatia

Crab spiders are very good at controlling the population of insect pests such as aphids. This is why it’s a good thing to see a crab spider in the garden.

A crab spider looks like a tiny crab. They can be very colorful and hide by changing into the color of the plant they live on. They even change color according to the insect they eat.

What does a crab spider eat?