Some can jump 50 times the length of their bodies 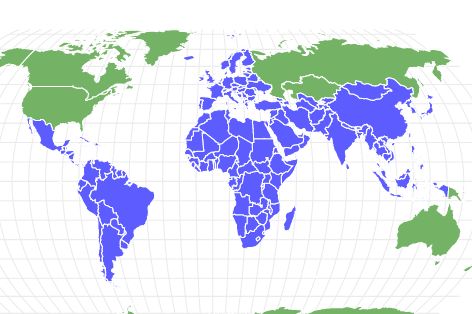 Color
Top Speed
12.43 mph
Lifespan
six months to two years
Length
0.2 to 0.98 inches
Age of Sexual Maturity
In the first spring and summer of life, or around the sixth to eighth molt
Age of Weaning
38 days in the case of Toxeus magnus

View all of our Jumping Spider pictures in the gallery.

View all of the Jumping Spider images!

“The jumping spider is known as the ‘cute spider’.”

Members of the largest spider family, jumping spiders, are diurnal and love to hunt in the sunshine. Unusually pretty for arachnids, they come in a rainbow of colors, though even the biggest one, Hyllus giganteus, is small. More than just a pretty face, the spider hunts insect pests in the worst way; it carefully stalks then jumps on them to deliver a killing, venomous bite. Here are more facts about this amazing little spider.

The jumping spider belongs to the Salticidae family. The name comes from the Latin word saltus, which means “jump.” There are 600 genera in this family and over 6,000 species, some with subspecies. Genus names include:

Identification of jumping spiders from other types of spiders is rather easy. Their heads, unlike those of other spiders, can be said to have faces, as the surfaces are flat and their anterior median eyes, or AME are huge, close together, and front-facing. The amazing facts of their eyes are that they give the spider its excellent, three-dimensional vision and allow it to find and leap on prey with accuracy. The eyes also make some people regard them as cute, a word seldom used to describe other spiders. Six smaller eyes form a sort of horseshoe around the AME.

Jumping spiders also come in vivid colors, from the translucent jade green of Onomastus kinoi to the brilliant colors of the well-named peacock jumping spider to the pretty spots and stripes and metallic blue mouthparts of the bold jumper. Some of these spiders can even change the colors of their eyes.

Identification of jumping spiders from each other is more challenging, as many look so much alike they can only be told apart by microscopic analysis.

Jumping spiders are diurnal, and they’re known for their irregular and somewhat jerky movements as they walk. They don’t spin webs, but as they move from place to place they lay down a dragline of silk, so they can pull themselves up if they jump and miss. The jumping spider also uses their silk to build nests where they can sleep, molt, make egg cases and protect themselves from inclement weather.

It can be said that these spiders live just about anywhere where they can find prey and shelter. Indeed, the highest living animal in the world is Euophrys omnisuperstes, a jumping spider that lives on Mount Everest at an elevation of about 22,000 feet. The very name of this tiny spider means “standing above everything.”

The great majority of jumping spiders are carnivores and mostly prey on insects. They have powerful venom that’s often enough to paralyze prey several times larger than they are. Some, such as the regal jumper, are big enough to take baby geckos and iguanas. Yet some of these spiders sip nectar, and the beautiful Bagheera kiplingi is largely vegetarian and eats nutrient-rich Beltian bodies from a type of mimosa tree. Once in a while, it will steal a larva from an ant that guards the tree or eat another B. kiplingi spider.

As small arachnids, jumpers are part of the diet of a variety of predators. As previously mentioned, they will eat each other. They are in turn eaten by other families of spiders such as wolf spiders. Other creatures that have jumping spiders on the menu are birds, frogs, toads, and lizards. Spider wasps paralyze spiders, drag them to their nests, and use them as food for their larvae.

These arachnids usually mate during the spring and summer. Their mating rituals have fascinated scientists and onlookers for years. Male jumping spiders sometimes have spectacular iridescent colors with which to woo females. They often perform a dance where they wave and vibrate their legs, zigzag, or even “sing.” Even male spiders whose coloration looks dull to the human eye might be fluorescent to a female of the same species. If the female is interested, she’ll crouch, or even collapse. Some go belly up. The male is then allowed to climb on top of her and mate.

The female jumping spider might carry the fertilized eggs inside them for a couple of weeks before they go to a secluded place and lay their eggs in an egg case woven of silk. She’ll take care of the egg case then care for the spiderlings they are independent. Some females die soon after this. There is one spider that nurses its babies with what can only be called milk. This species is the ant mimics Toxeus magnus. This spider nurses her babies, especially her daughters, for as long as 38 days after they hatch.

The population of jumping spiders is easily in the billions. There are 6,000 species of this spider, and they thrive in a variety of habitats on earth.

They are mostly carnivores though some take nectar or eat Beltian bodies.

What is a jumping spider?

A jumping spider is a type of spider that catches prey by jumping on it and biting it. Some of these spiders can jump many times the length of their own bodies. They are often very colorful and have “faces” that feature huge, sometimes iridescent eyes.

Most are small. Their bodies are embellished in stripes, spots, and patches of many colors, and they have huge anterior median eyes or AME in a flattened “face.” This makes them cuter and less scary than other types of spiders.

What can I feed a jumping spider?

They love live crickets, mealworms, and cockroaches. As the spider ages, it won’t be able to hunt as well and will take dead prey at that time. All they need for their water needs is for the owner to mist a wall of the enclosure on the opposite side of the spider now and then.

How far can a jumping spider jump?

A spider that’s about a quarter of an inch long and can jump 20 times its own length can therefore jump about five inches.

A bite would be an area that’s red, puffy, and a bit painful. Fortunately, jumping spiders are reluctant to bite people, and if they do, their venom is not dangerous.

Jumpers are not poisonous, but they are venomous like other spiders. A venomous animal has a way to inject its toxins while a poisonous animal, basically is dangerous to eat.

Some people who own them as pets claim that they are very friendly indeed. They don’t even mind being handled.

Scientists did find that if they tried to explore the inside of a jumping spider’s brain the animal did indeed explode. Now, scientists have techniques where they can do research and keep the spider from blowing up.

They are surprisingly intelligent. In the wild, they utilize techniques to outsmart spider prey and have solved obstacle courses in the laboratory.

Jumping spiders do eat black widows, a spider so venomous that most other spiders avoid it.

How do you care for a jumping spider?

A seven-gallon container with a sturdy lid and air holes is big enough for one spider. The enclosure should have a substrate and some items such as hollow logs or twigs where the spider can climb and hide. The closer to its natural habitat the enclosure is, the better the spider will like it.

How much does a jumping spider cost?

Though these arachnids don’t have a long lifespan, they can be pricey. For example, a peacock jumper can cost as much as $100. The usual cost is between $10 and $30. Remember to factor in the cost of food and shelter.

What is the lifespan of a jumping spider?

A jumping spider lives between six months and two years

Where do jumping spiders nest?

They weave their nests, or shelters under rocks, leaves, or bits of bark at night.

Where do jumping spiders live?

Jumping spiders live in most areas of the world. They have even been found on Mount Everest.

How long do jumping spiders live?