Most are common in backyards and nearby parks, while one is rarely seen and another is extinct. The climate in Texas is variable and varies by region. The Eastern Texas Pineywoods are among the most frequented locations in Texas to look for woodpeckers. Below, we enumerate the 14 existing types of woodpeckers in Texas and how to identify them.

14 Types of Woodpeckers in Texas

Most of North America and the United States are home to some northern flickers. They have a winter range in Texas but live there all year in the northern and eastern parts. The red-shafted and yellow-shafted northern flicker are the two types that spend the entire year in Texas. Although the variants of this species vary, they all have the same basic characteristics, including an overall brown hue, a white rump, and black patches all over their bodies. Apart from having a wingspan of 17 to 21 inches, northern flickers grow around 11 to 14 inches in body length. Although their body weight can vary greatly, it typically ranges from 3 to 5.9 ounces. After the pileated woodpecker, flickers are the largest woodpeckers in Texas.

The smallest woodpecker in North America is the downy woodpecker. These little woodpeckers are year-round eastern and northern Texas residents because they do not migrate. Only the northern and north-eastern regions of Texas may view them, though there have been reports of sightings as far south as the eastern coast. Apart from having a wingspan of 9.8 to 12.2 inches, these birds have a body length of 5.5 to 7.1 inches. Though some weigh as much as 1.16 ounces, they normally weigh slightly under one ounce. This bird is primarily black, however, it has white on its head, wings, and bottom. Juveniles have a red cap, while males have a red patch on the back of their heads.

In Texas and North America, the pileated woodpecker is the biggest woodpecker species. The only larger woodpecker in North America is the ivory-billed woodpecker. The pileated woodpecker has a body that is predominantly charcoal-gray and is about the size of a crow. It grows to a length of 16 to 19 inches on average and weighs 8.8 to 12.3 ounces. Its head and neck have distinct zebra stripes, and a brilliant red crest is perched on it. The bird uses its long, chisel-shaped bill to pierce branches and perform its trademark “drumming.” The eastern border of Texas is crossed by pileated woodpeckers, which can be seen yearly.

In the winter, the west Texas mountains, particularly the Guadalupe Mountains, are home to this species. A woodpecker of modest size, Williamson’s sapsucker is primarily coated in black and white feathers, and the bellies of the males are covered in bright yellow feathers. It is unfortunately uncommon to witness one or two of these species of woodpecker in the United States because they are only found in Texas outside of their mating season and have a small population. The most typical habitat for these woodpeckers is forests, particularly coniferous woodlands. In addition to eating ants and other insects during breeding, their main food source is the sticky sap they extract.

This woodpecker has four distinct subspecies, which can be distinguished from one another by the golden feather patterns on their bellies, throats, and heads. The thin golden-fronted woodpecker may be easily identified in the woods because of its distinct golden-yellow patterns on the back of its head. Most of the golden-fronted woodpecker’s native range, where it can be seen all year long, is in Mexico and Central America. Nevertheless, they can be spotted in southern Oklahoma and central Texas’ open woodlands and bushlands. Large mesquites, pecan trees, and even oaks are favorites of these woodpeckers. For most Texas woodpeckers, suet is the best approach to entice them to your yard.

The red-bellied woodpecker spends the entire year in east Texas and much of the country’s east. Look for the bright red on the tops of heads and backs of necks to recognize them. These woodpeckers’ crimson heads’ feathers are much more vibrant than their red bellies. Additionally, they have white and black feather stripes on their backs. They enjoy dense forests with big hardwood trees, especially those near brooks and river drainage. But if significant trees are nearby, you can also find them in surrounding neighborhoods and parks.

Eastern Texas regions, including Big Bend Country, the Davis Mountains, and the Guadalupe Mountains, are home to the red-naped sapsucker. These medium-sized woodpeckers have brilliant red throats, napes, and caps, and small white feathered patches are scattered across the rest of their black feathered body. Red-naped sapsuckers occasionally inhabit huge trees like oaks, pecans, and sycamores outside high-elevation mountain forest habitats, particularly near rivers and creeks.

The red-headed woodpecker, which is mostly found in central and eastern Texas, can be recognized by its entirely red or scarlet head. Its body is black with white markings on its wings and belly. This medium-sized bird is always on the go in search of food. Numerous species, including raccoons and Peregrine falcons, feast on them. For these rare woodpeckers to thrive, large hardwoods are necessary. They occasionally inhabit the eastern panhandle and can be found to the north and east of Houston and the north and east of Dallas.

Texas is one of the few states in the United States where red-cockaded woodpeckers may be found, and their range is quite constrained. This endangered species can only be found in protected regions, such as state and national forests, where it dwells in mature Longleaf Pine savannas, a very particular habitat. Despite their name, these birds have pure white cheeks almost entirely covered in black and white feathers. Since they are rarely seen in the wild these days, a wildlife refuge offers the best chance of seeing one.

Lewis’s woodpecker, one of the rare species, has pinkish-purple stomach feathers. However, that is not its only distinctive physical feature; it also has a tuft of greenish feathers on its head. The huge mountain ranges of the western United States are home to this distinctively colored woodpecker, which occasionally makes its way to Texas. Only the north and north-west regions of Texas have seen them, and they are most prevalent outside the breeding seasons. Lewis’s woodpeckers will occasionally appear in the state during the winter, but other times they won’t.

The medium-sized, rather chubby acorn woodpecker has a dark body with white patches on its belly and throat. One of its most distinguishing characteristics is its huge, “clown-like” eyes. The only place acorn woodpeckers may be found in North America is east Texas. They live in oak or pine-oak woodlands, where they consume acorns and insects. They were bestowed the name because they often stuff hundreds of acorns into holes in trees constructed just for them.

The majority of Texas and the eastern part of the country are home to the yellow-bellied sapsucker. Typically, one may observe them clinging to the huge, central trunks of tall trees. These woodpeckers get their name from their distinctive black and white feather patterns, red crowns, and pale yellow feathers on their bellies. Wintertime or late March and early April, when they travel north, would be good times to observe one. They move north to their breeding habitats in northern states and Canada from their non-breeding area in Texas.

Discover the 15 Most Incredible Birds in Texas

3 Types of Bluebirds in Texas 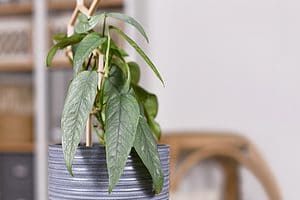