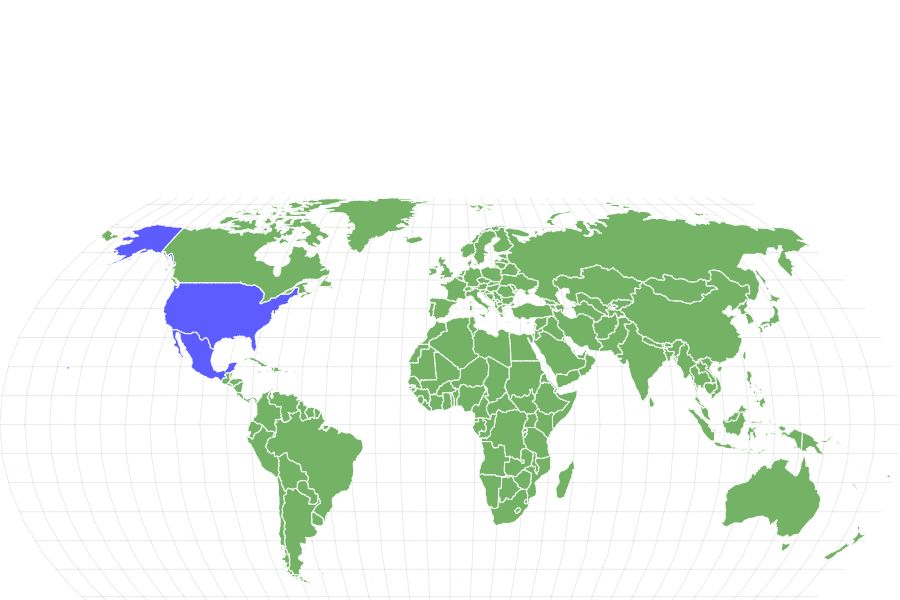 View all of our Blue Belly Lizard pictures in the gallery.

View all of the Blue Belly Lizard images!

“The blue belly lizard has small microscopic pores on the legs that release pheromones into the air and attract mates.”

The blue belly lizard, also known as the western fence lizard, is among the most common reptiles in the western United States. They are often seen bathing in the sunlight around outdoor trails or buildings and homes. The sparkling blue scales of the male lizard are a distinctive marker of this species. These scales serve an important role in the reproductive process. This article will cover some interesting facts about the identification, habitat, and diet of the blue belly lizard in the wild, as well as how to care for them as pets.

The scientific name of the blue belly lizard is Sceloporus occidentalis. The genus name Sceloporus is derived from two Greek words: skelos, meaning leg, and porous, meaning pore or hole. This is in reference to the large pores in the leg that release the pheromones. The species name occidentalis is simply the Latin word for west. The genus to which it belongs also includes other fence lizards and spiny lizards, all of which are common to the United States.

The blue belly lizard can be identified by the tan or gray-colored scales with wavy stripes on the back and bright blue scales around the sides and bottom of the abdomen. Only the adult male has this bright blue coloration. The female and juveniles tend to have just the duller gray scales.

One of the major identification markers for the entire genus is the presence of sharp, spiny scales; hence why the genus is called the spiny lizards. Most members of this species measure somewhere between 4.3 inches and 8.3 inches long from the tip of the head to the end of the tail. They have long and sharp claws that enable them to easily climb trees. While they do look quite similar to the eastern fence lizard, their range doesn’t overlap at all, which should make identification easier.

Like all other reptiles, the daily behavior of the blue belly lizard is oriented around the ambient outdoor temperature of the surrounding environment. Because they can’t produce enough of their own body heat to survive, the blue belly lizards need to spend much of their time absorbing sunlight. They can be seen in the daylight hours sunning on rocks, stony paths, logs, and fence posts; they tend to prefer high places, but any location will work for them. Their scales frequently change colors from light to dark, but this is probably done for the purpose of regulating temperature (the amount of heat they absorb) rather than camouflage.

The blue belly lizard tends to remain by itself for most of the year. The only time they come together is briefly in the mating season, when the males maintain and defend their own territory. When the winter arrives, they take shelter in crevices or holes and then enter a state of hibernation in which their activity and metabolism are massively reduced. The length of the time they hibernate depends on the surrounding temperature of their environment.

The blue belly lizard is found all over the westernmost part of the United States, including the states of Utah, Idaho, Nevada, Washington, Oregon, and Arizona. However, the greatest concentration occurs in the state of California. It is also found in small parts of northern Mexico. This species is comfortable in all kinds of habitats, including grasslands, forests, farmlands, and shrub lands. It tends to avoid the harshest deserts, because it needs a nearby source of water to survive.

Apart from its natural predators, perhaps the greatest threat to the blue belly lizard in the wild is habitat loss. This species has been forced to adapt to the encroachment of humans throughout most of its range. Despite this, the species still remains very common.

What eats the blue belly lizard?

This species is preyed upon by coyotes, snakes, bobcats, hawks, and numerous other birds and mammals. While the open spots in which they soak up sunlight do potentially expose the lizard to predators, they employ a number of defensive measures to get away. If threatened, the lizard can completely detach the tail from its body. The tail will eventually grow again about three to five weeks later, but it may have a different length and color pattern than the old one. The lizard also has remarkably fast reflexes to evade potential predators. It will often run into bushes or scurry up trees.

What does the blue belly lizard eat?

This species preys upon numerous types of spiders, caterpillars, beetles, mosquitoes, and grasshoppers. It also sometimes consumes other small lizards. For a complete list of the foods blue belly lizards eat, check out or “What Do Blue Belly Lizards Eat?” page.

The annual reproductive season of the blue belly lizard generally takes place between April and July. Lizards can locate each other in the wild by sensing pheromones. The females also seem to prefer males with the brightest colorations and the longest tails. The males have the ability to tell other potential rivals to stay away from its mate by doing a kind pushup-like motion on logs or rocks to show off his brightly colored underside.

Once mating is completed, the female’s abdomen will visibly swell with her fully fertilized eggs. She will dig a hole in the ground and lay up to three clutches of 10 to 17 eggs at a time. After a gestation period lasting three to six weeks, the eggs will fully hatch and dispense their young. The juveniles are quite small at first, measuring only about an inch long. They receive no supervision or care from the parent and must fend for themselves from the start. The juveniles become sexually mature in the spring of their second year. They have a typical lifespan of five to seven years in the wild.

The blue belly lizard is considered to be a species of least concern by the IUCN Red List. Population numbers appear to be stable, but few scientists have ever performed a good population estimate to determine how many currently live in the wild.

Is the blue belly lizard carnivorous, herbivorous, or omnivorous?

This species is carnivorous. It mostly feeds on spiders and insects in the wild.

No, they do not produce poison, but people should be wary of their bite, which can be a little painful.

How do I tell if a blue belly lizard is pregnant?

The female’s abdomen will swell up visibly whenever she is pregnant with offspring. This normally occurs in the summer every year.

How do I take care of a blue belly lizard?

A pet blue belly lizard will need a screen-covered aquarium with about 10 to 20 gallons of space. Because this species does have a tendency to dig, reptile carpets are not really suitable. Instead, you should add some kind of natural substrates such as sand, dirt, or cypress mulch. It will also need a proper heat lamp capable of producing UVA and UVB rays to help the lizard metabolize food and establish its natural behavior. The spot immediately under the heat lamp should measure some 90 degrees Fahrenheit. The rest of the enclosure should be kept at a warm temperature of somewhere between 75 to 85 degrees. It should never fall below 65, especially at night. You will need to mist the enclosure at least twice a day to keep the humidity at an appropriate level. While the blue belly lizard is a hands-off kind of pet, it still requires a lot of work.

What do I feed a blue belly lizard?

In order to replicate at least part of its natural diet, this lizard can be fed a diet rich in meal worms, wax worms, and crickets around three to four times a week (and not daily). You should provide a bowl of clean drinking water every day, but the lizard may prefer to drink naturally from the moisture in the enclosure. Do not pair this species with other lizards, especially smaller ones, because it can become aggressive toward them.

How do I catch a blue belly lizard?

There are multiple ways to catch a lizard, from baited traps to simply using your hands. Some people recommend creating a lasso out of long sturdy grass and slipping it over the lizard’s neck. You should approach the lizard from behind without covering it with your shadow, which will cause it to run away. It apparently doesn’t run backward when startled, allowing you to ensnare it in the trap. While it may thrash around, rubbing the belly can help it to relax. If you don’t want to go through the trouble of capturing it yourself, then it might be possible to find a store in your area that sells the blue belly lizard to customers.

The eggs are generally small and white, but it can be difficult to distinguish them from other species.

How do I tame a blue belly lizard?

The blue belly lizard can’t really be tamed. Even if you’ve captured one, it should be treated as a wild animal.

Can blue belly lizards be pets?

Yes, as long as they’re well cared for, they are fun to watch and observe. However, they don’t generally like being handled very much.

All animals, including lizards, have the potential to carry and spread diseases, but some studies have shown that the incidence of Lyme disease is actually lower in areas where this species occurs. This is possibly due to the fact that proteins in the lizard’s blood can kill the bacterium responsible for the spread of Lyme disease. When a tick carrying Lyme disease attaches to the lizard’s body, it will actually clear the disease from the tick’s system.

How big does a blue belly lizard get?