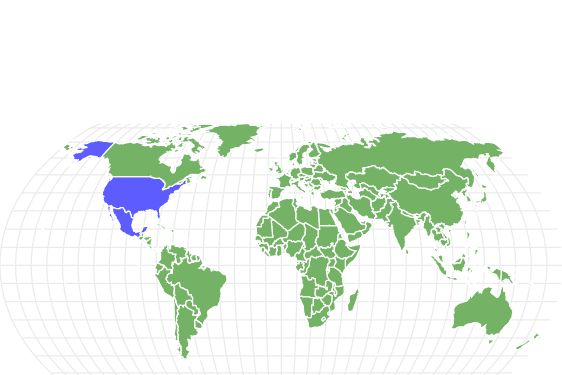 View all of our Eastern Fence Lizard pictures in the gallery.

View all of the Eastern Fence Lizard images!

“A flourishing species of spiny lizard”

The eastern fence lizard is a common spiny lizard found throughout the eastern United States and Mexico. It is easy to distinguish from other native species by its appearance. The rough, spiny scales, distinct dorsal pattern, and bright blue markings are telltale characteristics that are easily identifiable. These reptiles have a generally positive connection with humans. They eat a variety of insects and spiders. This can help control annoying pest populations.

The scientific name for the eastern fence lizard is Sceloporus undulatus. There are many alternate names for this lizard. Some of the most commonly used names are fence lizard, plateau lizard, and prairie lizard. The kingdom they belong to is Animalia and the phylum is Chordata. They are in the Reptilia class. They are part of the Squamata order and are in the Phrynosomatidae family. The genus name Sceloporus comes from the Greek words skelos which means leg and poros meaning hole or pore. This is because they have big femoral pores. The scientific name undulatus is Latin for wave and refers to their wave-like dorsal pattern.

There are seven recognized subspecies of eastern fence lizards. The subspecies are as follows:

Where the Eastern Fence Lizard Got its Name

The eastern fence lizard got its name back when wooden fences were a popular type of barrier in backyards, gardens, and farms. These fences were one of the most preferred structures for basking and are still commonplace to spot them. They are present through most of the eastern United States, which is why it has eastern in the name.

They are often called by many different names. As mentioned above, some well-known names are fence lizard, plateau lizard, and prairie lizard. Additional alternate names are wood lizard, fence swift, pine lizard, pine swift, and gray lizard. They may also be referred to by their Spanish name, lagartija escamosa de pradera.

They are small to medium-sized reptiles with rough-looking spines. The scales on the dorsal side are keeled. The body is brown to gray in color with some variations between sexes. They have a black wave-like pattern on the upper side of the body. This pattern is more prominent in females, and males may appear to be more of a solid color. Males have a bright blue hue on the throat and belly. Females may also have some blue but it is very faint if at all visible. The belly of the lizard is mainly white with some flecks of black.

These lizards are fairly small, generally growing to be between four and seven inches long, and have an average weight of 15 grams. The average weight is about equal to that of six pennies.

Eastern fence lizards have a cryptic coloring that helps camouflage them in their environment. They can easily blend in with the bark of a tree. They rely on their speed and agility to escape predators, usually running up a tree and hiding on the opposite side. If captured by the tail, the appendage can break off, allowing the lizard to escape. The tail will partially or completely grow back in time.

A group of lizards is called a lounge, but you won’t often see these in a group due to their solitary nature. Small groups would most likely consist of a mating pair during the breeding season, or a mother lizard and her young. These lizards are generally sedentary and spend a good amount of time basking in the sun.

As a diurnal species, they are most active in the daytime and sleep at night. They prefer warm weather and are especially active on sunny days. They usually sleep in the same location they bask in or close to it. Males are territorial and will show off the bright blue belly coloring to tell other males to back off. They will also exhibit “head bobs” and “push-ups” to defend their territory. If those behaviors are not sufficient, the male may become aggressive and fight the other lizard.

This species of lizard lives in North America. It is found in The United States and Mexico. In the United States, it is mostly present in the eastern portion of the country. It has been recorded in Washington, D.C., and these 23 states:

All subspecies of eastern fence lizard live within the same range. The climate in its habitat is temperate to subtropical. Needing a terrestrial habitat, it most commonly resides in pine forests but is also found in other forests, grasslands, shrublands, and rocky areas. It also inhabits artificial habitats such as rural gardens and pastures.

These lizards are often observed on trees in their habitat. They enjoy basking on fences and other structures such as logs, brush piles, rocks, and on the ground. They typically have a territory that is about 154 to 200 square feet (47 to 61 square meters) in size. The area may have a wider range when there is ample food supply.

Eastern fence lizards do not migrate. However, they do hibernate in the winter. They may not spend the entire time burrowed in the ground. They will occasionally come out to bask in the sun on warm days.

These lizards are carnivores and have a primarily insectivorous diet. They usually forage twice a day in the morning and early evening. They are considered “sit-and-wait predators” and will laze about and watch for prey that comes near. When the prey is close enough, they will seize it and enjoy their meal. Females are known to eat more than the amount of their normal diet during spring to boost their energy in the preparation of laying eggs.

Other than natural predators, they do not face many threats. They have one interesting predator that many would not expect. Invasive red fire ants have a venom that is poisonous to these lizards. Their sting can be deadly to an eastern fence lizard. These ants are not native to the area and have been imported from other places.

Threats from humans are not a major issue for this species. Habitat loss and destruction is a factor, although not a significant one at this time. Extreme weather, such as flooding can be detrimental to eggs and hatchlings. These lizards may become targets of parasites like chiggers and botflies, which can be quite harmful to their health.

This species is flourishing and is of Least Concern on the IUCN Red List. There are no current conservation efforts in place for this species because they are not considered necessary.

Snakes such as cottonmouths, rat snakes, and blue racers are common predators of the eastern fence lizard. They are also regularly eaten by birds, larger lizards, and cats.

What do eastern fence lizards eat?

Eastern fence lizards eat mainly insects. They also eat other arthropods, arachnids, and other invertebrate species. Some species eaten by these lizards include ants, spiders, beetles, moths, grasshoppers, ladybugs, and sometimes snails. They may also snack on a small amount of plant matter such as needlegrass and cheatgrass.

The mating season for eastern fence lizards occurs between April and August. To attract a mate, males will perform some behaviors that are also used when defending their territory. They will show their blue belly to get the attention of females and do push-ups and head bobs. The push-ups and head bobs are done in intervals of four to five seconds at a time. They also have glands that secrete pheromones to entice females to breed with them.

A male will mate with more than one female throughout the breeding season. This sexual behavior is called polygyny. Females will give birth to three to 16 eggs in the spring. The gestation period lasts between eight and ten weeks. Young females will typically only have one clutch per year, while older ones may have up to four.

Eggs hatch in the summer. A baby lizard is called a hatchling. The baby is about one and a half inches to two and one-quarter inches long when it leaves the egg. It looks much like a female eastern fence lizard, but smaller and duller. Being precocial, the baby can see and walk right away. The hatchlings are independent and do not have parental care given to them. Hatchlings will grow to their full size by the time they reach one year of age.

The actual lifespan of these reptiles is not known. Scientists believe the lifespan is between two to five years old, although it could be several years. They also suggest that the lifespan could be longer in captivity but it has not yet been proven.

There is no exact population number for the eastern fence lizard. More research is needed to determine an accurate total. According to IUCN, there are estimated to be more than 1,000,000 adults in the world. The population is stable and thriving. They remain in the least concerned category.

What does an eastern Fence Lizard eat?

They eat insects, arachnids, and other arthropods.

Can you keep an eastern Fence Lizard as a pet?

Yes, you can keep one as a pet.

They are generally not aggressive unless defending their territory from other lizards.

How do I care for an eastern Fence Lizard?

To care for one as a pet, make sure you have the proper setup. It will need at least a 20-gallon tank and a UVA/UVB light. The temperature also needs to be maintained at 75 to 95 degrees Fahrenheit.

How do I get rid of an eastern Fence Lizard?

To get rid of these lizards, you can use natural deterrents such as peppermint, eucalyptus, or a spray made from cayenne and water. They do not like these smells. You can also call a pest control professional.

They will only bite if they are provoked. Luckily, their bite is not particularly dangerous due to the small size of their teeth. They are also not poisonous.