Carpenter ants can lift up to seven times their own weight with their teeth! 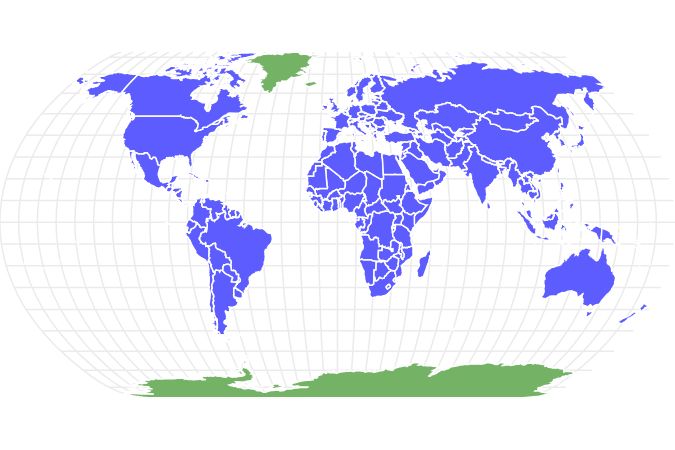 Group Behavior
Fun Fact
Carpenter ants can lift up to seven times their own weight with their teeth!
Most Distinctive Feature
As these ants burrow through wood, they leave behind piles of wood shavings that may lead back to the nest.
Habitat
Near moist, decaying, or hollow wood
Predators
Mammals, amphibians, snakes, lizards, birds, spiders, snails, and other insects.
Diet
Omnivore

View all of our Carpenter Ant pictures in the gallery.

View all of the Carpenter Ant images!

The carpenter ant is a genus of wood burrowing social insects that form large, highly stratified, and cooperative colonies.

A typical colony consists of a single queen, her brood, and any number of workers or soldiers. Each member of the caste has a specific role that contributes to the success of the colony. This division of labor and cooperative behavior is known as eusociality. In the wild, the carpenter plays an important role in the decomposition of old forest wood, but once they burrow into your home, they can be quite a nuisance. They do so much damage that they’re often mistaken for termites. The black carpenter ant is the species most Americans are familiar with.

The scientific name for the genus of carpenter ants is Camponotus. There are more than a thousand recognized species found all over the world. They are not divided further into different types.

Appearance: How to Identify Carpenter Ants

All species of carpenter ants are characterized by six legs, three distinct body regions (including a very round middle and a heart-shaped head), and the ring of hairs at the tip of the abdomen. They are among the largest types of ants, at least in the United States, measuring up to half an inch in size. Many of them are black, brown, or red in color. But the carpenter ant is difficult to identify from color and appearance alone because they vary so much in this regard.

Each caste of carpenter ants has its own specific appearance and behavior. The queen is the largest and most imposing member of the colony. She is the leader and the mother of all other ants. The worker, which does most of the foraging and burrowing, looks more like a typical ant. After the main colony is fully established, usually within a few years, new types of carpenter ants are born with wings. These swarmers, as they’re called, will establish new satellite nests nearby.

While both types of insects are often mistaken for each other (because they infest the home in the same way), carpenter ants and termites are not closely related at all. They aren’t even part of the same order. The easiest way to identify them is by body shape: ants have pinched segments, while termites have broader waists. One important behavioral difference is that carpenter ants do not actually eat wood, because they are unable to digest the tough cellulose material the wood is composed of. Instead, they burrow through the wood in order to create a gallery or passageway around their nests. This gallery is often smooth and symmetrical, whereas termite holes are often rough and jagged.

Habitat: Where to Find Carpenter Ants

Carpenter ants reside almost anywhere near moist, decaying, or hollow wood. Most species are exclusive to forests and woodlands, but they have the annoying tendency to invade human homes as well. Carpenter ants are found all over the world, including remote islands such as Hawaii. The black carpenter is the most well-known species in the United States.

Diet: What Do Carpenter Ants Eat?

These ants are omnivorous. It is considered to be both a predator and a scavenger of food.

What eats the carpenter ant?

The carpenter ant is preyed upon by numerous mammals, amphibians, snakes, lizards, birds, spiders, snails, and other insects. There are almost too many different types of killers to name.

What does the carpenter ant eat?

These ants are insect killers. It feeds on both insect meat and substances produced by insects like honeydew. Flowers and fruits also provide a suitable source of food. When invading homes, they’re attracted to leftover food, particularly meat and sugary snacks, which is a good reason to take care of any waste.

Prevention: How to Get Rid of Carpenter Ants

Once they’ve established the first colony in your home, these ants can be a real nuisance to deal with because of the enormous damage they do to wood. The presence of workers is a suggestive but not a definitive sign of an infestation, because they may have wandered in from an outside colony in search of food. Leftover wood debris and a rustling sound in the home are stronger indicators. Carpenter ants will also leave behind a sawdust-like substance called frass. Whereas frass sometimes refers to insect waste, in the case of carpenter ants it refers to the wood shavings they leave behind.

If you suspect an infestation, the first step is to find the main nest in your home. This can be done by exploiting the creature’s natural behavior with simple bait. Worker ants rely on scent trails to find their way back to their nests. So the best strategy is to put out some honey bait (preferably at night, when they are most active) and follow the workers back to the nest.

Once you’ve located a nest, you can either remove it by hand or treat it chemically. Traps alone will not suffice, because you need to remove the problem at its source. Fortunately, there are many chemical ant killers on the market that will work well. A non-professional could conceivably do this entire job alone. But if there are multiple nests in your home, it might be a long and arduous process. A professional can help to identify and remove all the nests, no matter how hard to reach.

While these ants can nest in almost any type of wood, they do prefer damp and moist surfaces. So after cleaning out any remaining individuals, the surest way to prevent a further infestation from taking hold is to keep the wood in your home clean and dry by correcting for leaks and other moisture problems. It’s also a good idea to seal any cracks in the foundation and clip back tree limbs and vegetation where carpenter ants can enter the home. Finally, you should eliminate wood-to-ground contact and never store firewood near your home.

What is a carpenter ant?

The carpenter ant is a genus of highly social insects, comprising more than a thousand different species. They build complex, socially stratified nests by burrowing into wood.

What do carpenter ants do to your house?

Carpenter ants cause structural damage by creating a gallery in the wood.

Carpenter ants don’t pose any real threat to humans, but their bite can cause a bit of pain and swelling and may even draw some blood. This bite is intensified by the formic acid they spray onto the skin. Medical attention should not be required, however. Simply wash the bite area with water and soap to reduce the pain.

How do I get rid of carpenter ants?

The best way to rid your home of this insect is to remove or destroy all remnants of its nests, including both the main nest and any satellite nests. Traps alone may not work. Failure to remove all ants from your home can result in them resurging later on. The difficulty of this task will probably require the help of a professional.

How can you tell if you have carpenter ants?

If you notice small wood debris or frass around your home, plus rustling sounds inside of the walls, then it’s a good sign that you have an infestation of carpenter ants. The presence of workers, either alone or in groups, is not a definitive sign of an infestation. In order to be absolutely sure, you should lay out some bait at night (traps alone will not be enough) and follow the worker back to the nest.