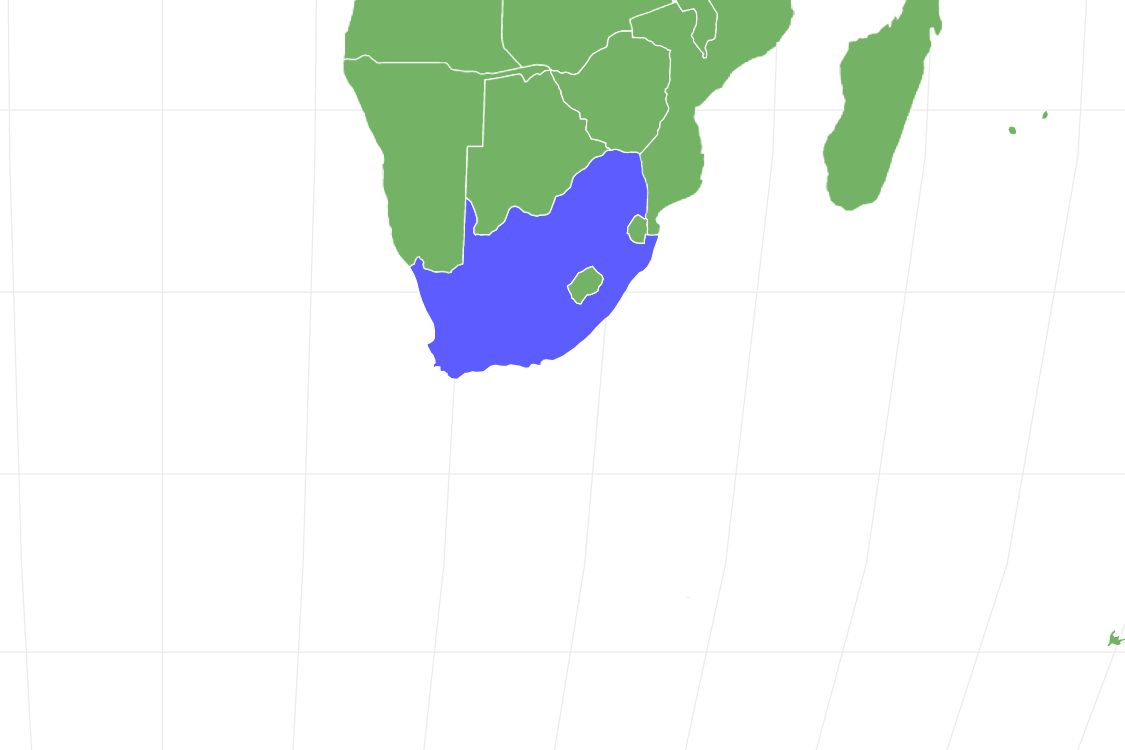 View all of our Quagga pictures in the gallery.

View all of the Quagga images!

“The quagga became extinct over 130 years ago.”

The quagga was a unique species of zebra that existed until the late 19th century. These magnificent creatures had a peculiar appearance when compared to other zebras. Their skins were greatly desired and were subsequently harvested for human use. The term quagga was once used collectively to refer to all zebras. At another point in time, quaggas were classified as a completely separate species. After examining their DNA, scientists have learned that the now obsolete quaggas were actually a subspecies of plains zebra. Unfortunately, these animals were extremely unexplored and undervalued while they were still around.

Some interesting facts about the quagga you might not know:

†Equus quagga quagga is the scientific name for these animals. The quagga is in the Mammalia class, and it belongs to the Equidae family. There is only one species. The name “quagga” is an onomatopoeia, or imitation of the sound made by the animal. The call, as described by South Africans, is a “kwa-ha-ha” sound. The pronunciation of the word “quagga” uses a short “A” sound. The first part of the word is pronounced like “flag.” The correct pronunciation of quagga is “kwag-uh.”

The animal’s appearance was fairly similar to a zebra, but it had distinguishable traits. Its appearance has also been commonly compared to a horse. It had elongated legs, and the tail had long hair on the end. The legs were incredibly strong and were made for walking long distances and running from predators. They could reach speeds of 40 miles per hour. They could also use their legs to deliver a powerful defensive kick. Like all ungulates, they had hooves. Hooves are very tough and it would be quite painful to be kicked by one.

The fur color was white to brown and had dark brown or black stripes. The stripe pattern on the animal was not the same as other zebra species. The stripes did not cover the entire body as they do on other zebras. They would fade out or stop somewhere below the neck or shoulders. The typical length of the animal was about 257 centimeters or 101 inches. That is almost eight-and-a-half feet long. The height was 49 to 53 inches, which is three-quarters as tall as a refrigerator. Its weight ranged between 250 and 300 kilograms (551-661 pounds). The maximum weight of the animal is as heavy as two panda bears. An adult panda weighs about 150 pounds on average.

Since they were not largely studied until after their extinction date in the 19th century, there is insufficient information on the behavior of these animals. It has been noted that they were highly social animals. They lived in large herds, or harems and would migrate in groups to feed. While some animals migrate for the winter, they did not. They traveled daily rather than migrating for a specific season.

In the daytime, they would travel to plains or pastures with longer grass to feed on. In the middle of the day, along their trek, they would pause to drink water from nearby streams or other water sources. They would walk back to the area of shorter grass where they would spend their nights. The lower grass plains were more open and made it harder for predators to hide, giving them a better chance to sleep safely. One member of the harem would always keep an eye out for danger while the rest of the herd rested overnight.

These animals lived exclusively on the continent of Africa. They were native to South Africa precisely. They were abundant in Orange Free State and in Cape Province, especially in the Karoo region. The karoo is an expansive desert shrubland subregion of South Africa that ranges across Northern, Eastern, and Western Cape provinces. They inhabited arid and temperate climates. The animals would spend their lives in grassland and savanna habitats. These grazers were found in pastures and plains where there would be plenty of grass to feed on.

These animals were migratory grazers. Their diet was not particularly fascinating because they only ate one type of food. They were not predators to any animals and only ate plants.

These animals were herbivores with a simple diet. Their daily intake of food was limited to grasses. Along with water to drink, grass supplied all of the nourishment quaggas needed to survive. These picky eaters preferred to graze on tall grass as there was plenty more for the whole harem to eat than shorter grass pastures could provide. Grass is the main food source for other zebras as well. However, other species will also occasionally eat additional plant matter such as leaves and twigs, and sometimes snack on fruit.

Quaggas, like most animals, faced threats from natural predators in the wild. The biggest threat to them, however, proved to be humans. For many years, they were hunted in large numbers for their meat and skins. They were also frequently hunted for sport. The danger of wild predators was an insignificant factor in their demise in comparison to the massive impact humans made. These animals were not highly regarded by many people. Farmers and settlers did not favor these animals because they saw them as competition to their livestock’s food supply.

Regrettably, there were no conservation efforts or protections in place for these animals while they were alive. If there were, there would possibly still be some quaggas around today. Their status on the IUCN Red List is extinct. Humans had already killed too many quaggas before anyone had the chance to realize they were one-of-a-kind. This ultimately led to their extinction in the 19th century. Over time, humans have caused hundreds of species to become extinct. The sad reality is that when there are no living cells left, there is nothing that can be done to bring them back. Humans need to work harder in both understanding and preventing the extinction of animals.

Lions are known hunters of quaggas. They would hide in the tall grass, stalking their victim. The lion would pounce and kill a quagga with its mighty jaws before feasting on it. Other big cats native to South Africa, such as cheetahs and leopards, were potential predators to quaggas as well. Essentially, any animals that prey upon zebras most likely targeted quaggas also.

Quaggas reproduced sexually. Their mating behavior was much like that of zebras. They were polygynous which means one male would mate with multiple females. The females, on the other hand, would generally only mate with a single male. There would typically be one stallion that would mate with each female in a harem. The stallion would take a filly, or young ovulating female, from the group. He would fight other stallions to claim her. This routine would take place monthly. It would take some time for the filly to conceive, perhaps an entire year. After mating, the gestation period would last for another 12 months.

After carrying the baby in her womb for about a year, the mother quagga would give live birth to one baby called a foal. Foals were born precocial, meaning they could walk and see shortly after birth. They were fairly independent right away. Foals drank milk from their mothers until they weaned at around 11 months old. They would then start grazing on grass like the older members. They would usually stay with the herd for their whole lifetime.

The lifespan for quaggas varied depending on where they lived. Quaggas in the wild would live to about 20 years old. In captivity, where they were cared for and had more protection, they lived up to twice as long. Quaggas kept in zoos would live as long as 40 years with the added safety that could come from not being hunted and being looked after.

Sadly, the current population of quaggas is zero. Their numbers have been completely abolished and are now extinct. They no longer exist due mainly to the species being largely hunted by humans. There were many unknown facts about quaggas in the past. Once scientists realized how special these creatures were, it was too late to protect them. Wide knowledge of this special animal was long surpassed by its extinction date in the 1800s. In August of 1883, the last known quagga died in captivity. The mare was living at the Artis Magistra zoo in Amsterdam when she passed. It is believed that the last wild quagga was killed by a hunter years earlier around 1878.

There is currently a program that aims to revive quaggas. In 1987, The Quagga Project was started by a group of scientists and volunteers in South Africa. The group uses selective breeding of zebras to look just like quaggas. They call this “breeding back.” They have successfully bred quite a few specimens that look almost identical to the original quaggas. The question posed by many is whether these animals could be true quaggas genetically. This is because the focus is solely on how they look visually. Some argue that they do not have genuine physiological traits and characteristics of an actual quagga.

Is the quagga still alive?

No, the quagga is extinct. The extinction date was in the 1800s.

How did the quagga go extinct?

Humans over-hunting the quagga led to its extinction.

What is the difference between a zebra and a quagga?

The difference between a zebra and a quagga is the appearance of their stripe pattern. Quaggas’ stripes fade out on their body, while zebras’ stripes are consistent all over.

The quaggas are not back. However, scientists are working toward selectively breeding zebras to have the same appearance as quaggas.

Are quaggas carnivores, herbivores, or omnivores?

How do you pronounce quagga?

The pronunciation of quagga is kwag-uh.