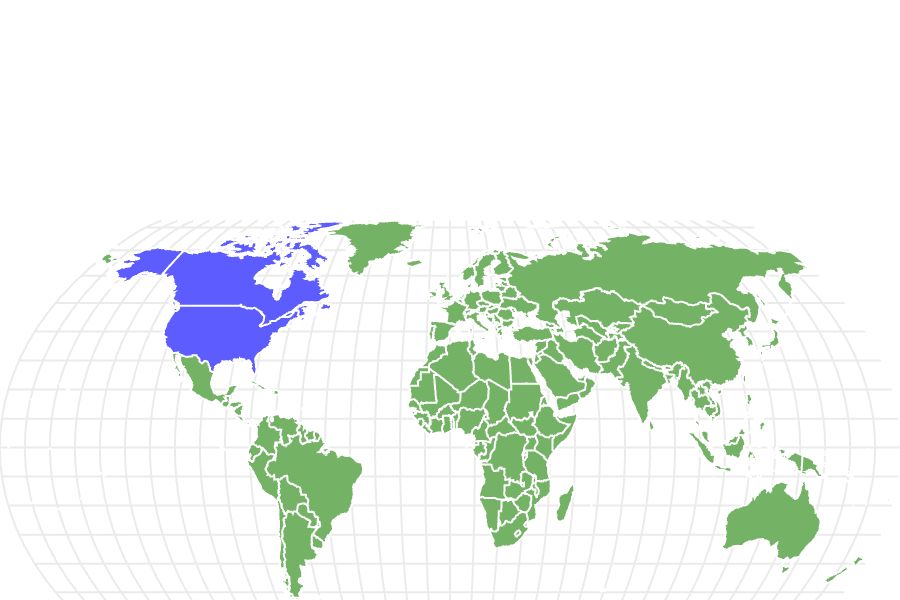 View all of our Steelhead Salmon pictures in the gallery.

View all of the Steelhead Salmon images!

While rainbow trout live throughout their lives in freshwater lakes, steelhead live only 1 to 2 years in freshwater before migrating into the ocean. They live in salt water for 2 to 3 years, then return to their freshwater home to spawn. Although they start their lives with the appearance of rainbow trout, migrating into saltwater leads to adaptations in their physical appearance. This makes them grow larger than the trout, also taking on different color patterns.

Native to the western United States, Canada, and Asia, Steelhead are prized among commercial and recreational fishermen, alike. They have an appealing taste and are an excellent source of protein, calories, omega-3, and other nutrition for humans and land animals that pursue them. Many recipes are available for cooking these tasty fish. Because they are revered by fishermen and for their nutrition, the fish are now also farmed in regions like California, Washington state, Idaho, British Columbia, and Chile.

Despite the salmon-like attributes and behavior of steelhead, these fish do not die after their first spawning. Instead, they can spawn up to four times before dying.

The steelhead salmon bears the scientific name Oncorhynchus mykiss. Often called just “steelhead,” other names for this fish include salmon trout and steelhead trout. They are in the order Salmoniformes, family Salmonidae and genus Oncorhynchus. The steelhead’s genus Oncorhynchus is derived from the Greek word ónkos, meaning “lump” or “bend,” and rhúnkhos, meaning “snout.” Mykiss, from the fish’s scientific name, is the Kamchatka, Russian word for “trout.”

Steelhead share a scientific name with rainbow trout because these two fish also share genetic makeup. Instead of being two different species, these fish are the same. The exception to this identical makeup is that the fish migrating into saltwater as steelhead show size changes, color changes and other external adaptations to their new environment. The steelhead also migrate back to their freshwater origin for spawning.

Despite being genetically the same, steelhead salmon differ from rainbow trout in appearance. Because of their migration and lifestyle in the ocean, steelhead take on a darker color scheme. They feature a long, silvery body with dark blue and brassy tones. There is generally a pink or red stripe running along the side of the fish’s body, along with a peppering of black dots. Steelhead can measure up to 45 inches long and weigh up to 55 pounds. The name “steelhead” comes from their rounded, silver head.

Steelhead salmon are native to the western United States, western Canada, and Pacific Asia. They have been introduced to multiple regions of the Americas, such as through farming.

Steelhead salmon are listed as endangered in Southern California. Ten other populations of the fish in the western United States are listed as threatened. Although specific counts of the population are not available, these fish are known to suffer population decreases from habitat loss, commercial fishing, and recreational fishing. If a steelhead salmon becomes trapped within a freshwater habitat and cannot access saltwater, such as after its initial return for spawning, it can survive as a freshwater fish.

Where to Find Steelhead Salmon and How to Catch Them

Steelhead salmon spend the first 1 to 2 years of their lives in or near the freshwater habitat where they are born. They then migrate into their saltwater habitat for the next 2 to 3 years. Returning to their freshwater home for spawning is called a “run” by fishermen and biologists. These runs take place in summer and winter. It is typically during one of the runs that steelhead are easiest to locate and catch.

Fly fishermen prefer to fish for steelhead during the daytime when the fish can see their flies. Spinning fishermen see better results in the evening and at night when the fish are more active.

According to the National Oceanic and Atmospheric Administration, the most common places for fishing for steelhead in the United States include rivers and streams in these regions:

Steelhead are in high demand for fishermen because the fish provide a thrilling sporting opportunity while also making a great-tasting meal. Steelhead provides healthy calories, Omega-3, protein and other nutrition. There are a bounty of recipes available online and in cookbooks for this delicious, flaky fish.

Steelhead salmon are omnivores. They enjoy a diet of almost any food they can find in their freshwater and saltwater habitats. These fish are also rich in protein, calories and omega-3, making them a delectable meal for humans and a wide range of other animals.

What do steelhead salmon eat?

A steelhead starts its life as a troutling or fry feeding on zooplankton. As adults, they progress into eating insects from the water and air, mollusks, crustaceans, fish eggs, minnows and other small fishes.

Using its homing behavior, a steelhead salmon leaves its saltwater habitat after 2 to 3 years and returns to its freshwater origin. This journey is often hundreds of miles, taking place in summer or winter. Steelhead use this homing behavior along with the sun’s position and magnetic north to find their birthplace for spawning. It is a miraculous journey that often takes them over many obstacles like rocks, waterfalls, dams, manmade structures and rapids.

When spawning, the steelhead lays its eggs on the gravel bottom of the freshwater river or stream. The female trout first digs a 6-inch to 14-inch hole in the river bottom to deposit up to 9,000 eggs. A male steelhead then fertilizes the eggs, after which the female buries the fertilized collection under 1 foot of gravel. The eggs remain there until they hatch 3 weeks to 4 weeks later. The adult steelheads may then return to the ocean to repeat the process for as many as 4 spawning seasons. Steelhead salmon can live up to 11 years in the wild.

Steelhead Salmon in Fishing And Cooking

Steelhead salmon is both a recreational and commercial fishing target. They are caught in purse seine nets and gillnets by commercial fishermen, as well as using lures, bait or flies by individuals. Indigenous fishermen use spears, harpoons, nets, traps and fish wheels to catch steelhead during their seasonal runs. Sportfishermen can catch the fish just before winter temperatures drop to freezing in both the air and water. Summer recreational fishing can take place in June, July and August.

Because steelhead is so similar to salmon and must thrive in the ocean for a period of time, its meat is much like salmon in consistency and color. The tender, pink-orange flesh is both flaky and filling with a cross in flavor between trout and salmon. The most popular way to cook steelhead salmon is like other salmon or trout, using lemon, butter, or oil, and a mix of spices. The fish is wrapped in foil to allow the flavors to permeate while baking in the oven.

Where are steelhead salmon found?

Steelhead salmon are native to rivers and streams along the Pacific coast of the United States and Canada, as well as in Asia. The most populous regions in America for these hearty fish are Alaska, Washington and Oregon. In California, populations of steelhead are mostly threatened or endangered.

Is steelhead salmon the same as rainbow trout?

Steelhead are a trout but in the same Oncorhynchus genus as Pacific salmon, including Chinook, Coho, sockeye, pink, chum and masu. These large saltwater and freshwater dwelling fish are essentially migrating rainbow trout with some behavior, habitat and lifestyle differences. Their flesh is meaty, hearty and orange-pink like salmon. They also look very much like salmon.

Steelhead salmon is very good to eat, both for flavor and nutrition. Chefs love working with this pink-orange meat that is flaky and of a medium density. It provides a hearty meal with a wide range of cooking options, both in method and recipes. The fish also provides an excellent source of protein, omega-3 fatty acids, vitamin B12 and niacin.

Is a steelhead a trout or salmon?

Steelhead is a trout that is similar in many ways to its Pacific salmon cousins. But it is the same species as the lake-dwelling rainbow trout. Unlike the solely freshwater rainbow trout, the steelhead lives in both freshwater tributaries and the ocean. After multiple years in saltwater, the steelhead migrates back to its freshwater birthplace for spawning. Contrary to salmon, the steelhead does not die after mating and can complete spawning multiple times.

Rainbow trout has a mild fishy flavor like other lake fish. But it is not as fishy as other types of trout. Instead of a light white meat, rainbow trout is a fleshy, pink-orange meat of medium density. It is very easy to cook and can take on a range of flavors, from simple lemon and garlic butter to blackened or barbecued.

Why is rainbow trout so popular?

Rainbow trout is popular to catch because it provides excellent sporting opportunity for fly fishermen, bait casters and spinners. It is also very good to eat, loved by chefs for the bounty of recipes in which its meat works well. Of freshwater fish, rainbow trout is slightly denser and less fishy tasting than many. It is also highly nutritious like other fish, providing an excellent source of protein, omega-3 fatty acids, vitamin B12 and niacin.

Is a rainbow trout a salmon?

Rainbow trout is a trout, not a salmon. But it is in the same family as Pacific salmon varieties, such as the Coho, Chinook, sockeye, pink, chum and masu. Rainbow trout is a freshwater fish, living its complete lifetime in a lake habitat. But it is the same species as a steelhead, essentially a rainbow trout with a differing dual freshwater-saltwater and migrating lifestyle. 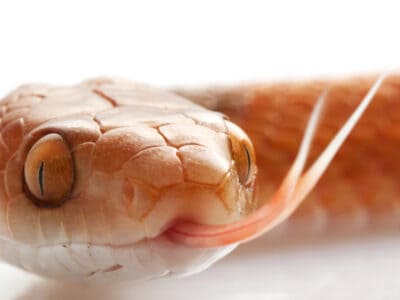 Evidence indicates that females can delay fertilization and store sperm for later years to produce eggs even in the absence of contact with a male! 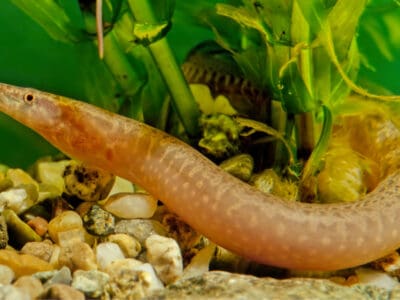 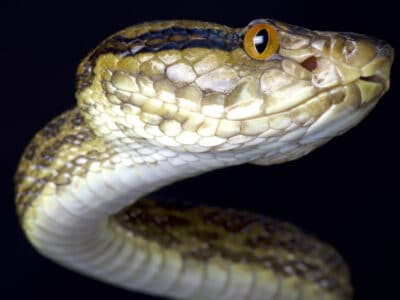 Unlike most pit vipers, the Habu gives birth to live young.