Not related to the eel

Click through all of our Lamprey images in the gallery. 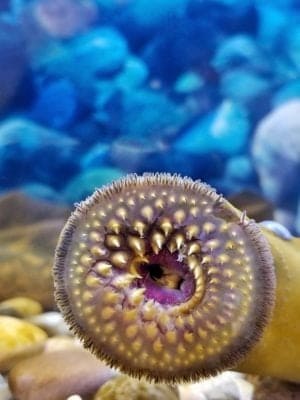 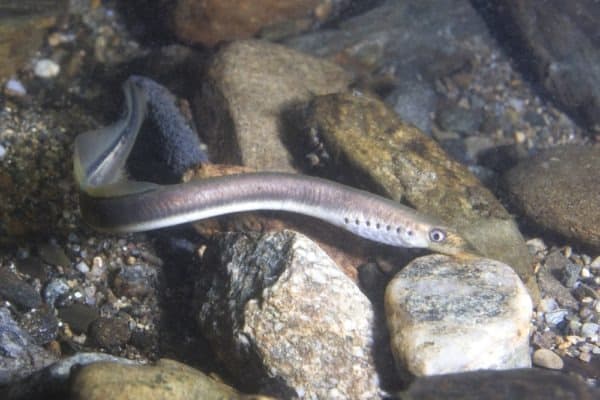 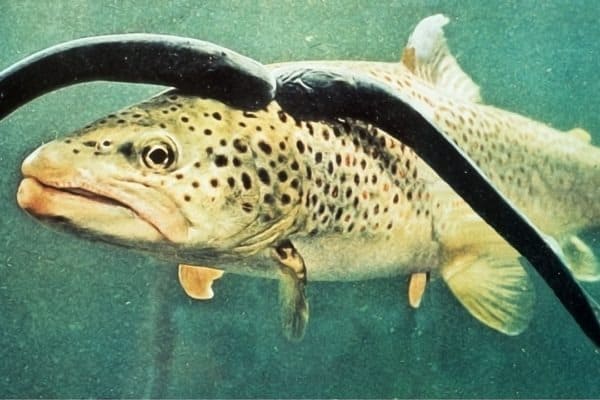 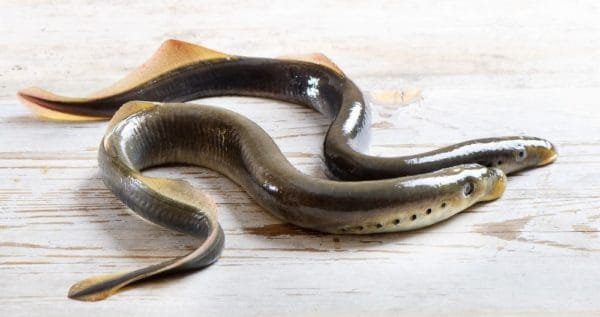 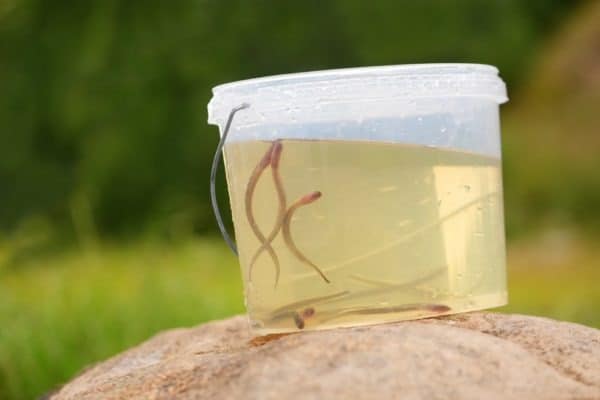 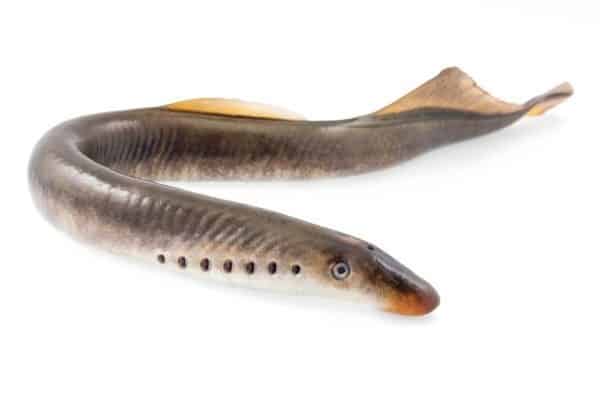 View all of the Lamprey images!

The sea lamprey, also commonly known as the vampire fish, is a parasitic lamprey fish native to the Northern Hemisphere

With its eel-like body and jawless, round, sucker-like mouth, sea lampreys are often confused with eels but aren’t related to them at all. An invasive species, this fish decimated lake trout populations in the Great Lakes basin during the 1930s and 1940s.

Sea lampreys belong to the order Petromyzontiformes and to the family Petromyzontidae, which includes eight genera encompassing 31 species. Members of the genus Petromyzon, which includes several other species of lamprey, the lamprey itself is known by the scientific name Petromyzon marinus. The word petromyzon means “stone sucking,” with petro meaning “stone” and myzon meaning “sucking.” The word marinus means “of the sea.”

These fish are also commonly referred to as vampire fish since they feed on other creatures’ blood.

These fish belong to a family that consists of eight genera and 31 species. There are several species of lamprey within its own genus, Petromyzon. When referring to a basic sea lamprey, the species’ scientific name is Petromyzon marinus. Other examples of lamprey species from this genus include:

With long, snake-like bodies featuring smooth, scaleless skin, these fish look remarkably similar to eels. In fact, many people assume that eels and lampreys are close relatives, but they are not. Mature lampreys can grow between 14 to 24 inches in length, and they attain an average weight of about five pounds.

Their smooth skin is typically olive to yellow-brown in color along with the dorsal and lateral parts of the body, while the belly tends to have a lighter hue. Small amounts of black marbling may also be present. Their bodies are made up of cartilage, not bones, affording them remarkable flexibility.

Sea lampreys are parasitic creatures, so their mouths have evolved to attach to hosts and suck their blood. As a result, their mouths are usually as wide as or even wider than their heads. There is no jaw, and the mouth has a round, sucker-like appearance. Consecutive circular rows of sharp teeth are found within.

In terms of population, these fish are far from endangered. In fact, massive efforts have been undertaken to reduce its population in the Great Lakes basin, where it decimated populations of lake trout and other fish after making its way there in the 1930s and 1940s.

It is believed that these fish were natively found in Lake Champlain and the Finger Lakes, regions that are found in Vermont and New York State. The first sighting of the fish in Lake Ontario occurred during the 1830s, but it is unclear whether they were already there or if they were introduced through the Erie Canal, which was completed in 1825.

In 1919, improvements were made to the Welland Canal, allowing the lamprey population to spread from Lake Ontario into Lake Erie. From there, it progressed into Lakes Michigan, Huron, and Superior. By the 1930s and 1940s, it was decimating populations of lake trout and other fish there. In native habitats, they coevolved with their hosts, who developed defenses against them. As a result, hosts didn’t usually die from the parasitic activity. Fish in the Great Lakes, however, developed no such defenses. After playing host to a lamprey, these fish often die either from blood loss or infection.

Given that a single lamprey can kill up to 40 pounds of fish during its 12-to-18-month feeding period, it isn’t surprising that their introduction to the Great Lakes was so devastating. Before their invasion, upwards of 15 million pounds of lake trout were harvested per year. By the early 1960s, that figure had dropped to just 300,000 pounds per year.

In native habitation areas, lampreys’ biggest predators are larger fish, which can bite and attack them, including walleye and brown trout. In areas that the species has invaded, like the Great Lakes, it is often the apex predator, which is why its populations are so damaging. In those same places, however, they face the threat of lampricides – chemicals used to diminish their populations – and other population-control methods.

As adults, these fish engage in hematophagous feeding, which means that they bite and latch onto other creatures and feed on their blood. Common targets are thin-skinned fish like salmon, lake trout, lake whitefish, northern pike, walleye and lake sturgeon, but they will feed on sharks and rays too. Sea lampreys dig in their rows of teeth to obtain a strong grip on their hosts. They then rasp their sharp tongue through the host’s scales and secrete an enzyme that prevents blood from clotting.

After spawning, which includes a process in which the male squeezes the female’s body to eject the eggs, a female drops the eggs into a nest that has been built by her male counterpart. These nests are located in substrate levels of rivers with medium-strong currents. Both male and female fish die after spawning. The larvae from the eggs emerge after 10 to 13 days and burrow into silt and sand along the stream’s bottom. They then spend four to six years in this larval stage, filter-feeding on plankton and various types of debris.

At that point, the lamprey metamorphizes to the parasitic stage of its life. It proceeds to spend the next 12 to 20 months feeding on hosts that it encounters before making its way up rivers and streams to spawn and then die.

Sea Lampreys in Fishing and Cooking

Although lampreys aren’t commonly fished or cooked in most places, they have been considered a delicacy in France, Spain, and Portugal. Among many fun facts, in the Middle Ages, lamprey was prepared by letting it soak in its own blood for a few days, and lamprey pie was often presented in royal courts. In Finland, the lamprey is served pickled.

View all 21 animals that start with L

Where are sea lampreys found?

Sea lampreys are found along the shores of the Atlantic Ocean in Europe and North America. Populations exist in the western Mediterranean Sea and the Black Sea. They are also found in the Great Lakes, where efforts have been made for years to control their population levels.

What is a sea lamprey?

A sea lamprey is a parasitic fish that can live in both freshwater and saltwater. Contrary to popular belief, it is not related to the eel, but it is roughly the same size.

What do lampreys eat?

As larvae, lampreys filter-feed on plankton and other debris. As adults, they engage in hematophagous feeding, which means that they feed on blood after attaching themselves to hosts.

No, lampreys are not aggressive toward humans and are not known for biting them. They are very slow swimmers, so they do not pose any kind of threat to humans.

Larger fish often kill lampreys. Additionally, humans have engaged in activities to cull population levels of the fish in places like the Great Lakes for many years.

What Kingdom do Lampreys belong to?

Lampreys belong to the Kingdom Animalia.

What phylum do Lampreys belong to?

Lampreys belong to the phylum Chordata.

What class do Lampreys belong to?

Lampreys belong to the class Hyperoartia.

What order to Lampreys belong to?

What type of covering do Lampreys have?

Lampreys are covered in Skin.