American Crocodile vs. Nile Crocodile: What Are the Differences?

Crocodiles are widespread reptiles that have a unique combination of speed, power, and stealth that make them incredibly deadly apex predators in places they live. These creatures can survive in freshwater or saltwater, so their range throughout the world is extensive. However, there are several different species of crocodiles. Today, we’re going to examine the American crocodile vs. Nile crocodile and show you what sets them apart. By the time we’re finished, you’ll know several differences between these species!

Comparing an American Crocodile and a Nile Crocodile

The 5 Key Differences Between an American Crocodile vs. Nile Crocodile

The Nile crocodile has a bronze-green coloration on the top, a yellowish-brown on the sides, and a cream-colored underside. Still, the American crocodile is grayish-green on top with a yellowish or cream underside. Both species have spots on their sides, too.

The average American crocodile weighs between 500 and 800 pounds, but the largest ones weigh upwards of 2,000 pounds. Also, the American species grows up to 13 feet at the high end of its average size and 20 feet at its maximum. These are massive creatures! Both species of crocodiles are larger than any species of alligators, though.

Since these creatures often wallow in muddy areas, it can be hard to see their colors. Other than their color and size, these animals are remarkably similar.

Nile crocodiles prefer staying in freshwater rivers and lakes, but they can also be found in some brackish waters. They are rarely found in saltwater. However, American crocodiles frequently live in brackish and saltwater areas along coasts and within coves.

The Nile crocodile has an even larger range, spreading throughout most of Africa below the Sahara Desert. They have even made their way to Madagascar, but they are not as common in the southernmost areas of Africa. However, reports of Nile crocodiles making their way to the Americas are becoming more frequent, especially in the Florida Everglades.

Both American crocodiles and Nile crocodiles are apex predators in their respective ranges. They can eat just about anything they can grab. Yet, their different locations throughout the world give them access to different prey.

American crocodiles are known to be very shy creatures that would sooner flee from a person than kill them. Relatively few attacks have been recorded in the Americas, and only a handful have been fatal.

However, Nile crocodiles kill roughly 1,000 people per year throughout their range. They have no fear of people and may regard us as just another sort of prey. Crocodiles have serious impacts on human life in terms of attacks on people and livestock in Africa.

All in all, the American crocodile and the Nile crocodile are similar creatures with a handful of differences. As the two species start to come into closer contact with one another, the small differences between their species may start to blur.

The Story Behind Japan’s Square Watermelons, And Their Skyhigh Price 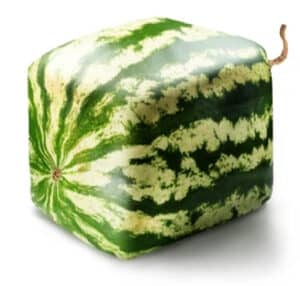