Written by Rob Amend
Published: November 2, 2022
© iStock.com/johnandersonphoto
Share this post on:
More Great Content:
6 Unique Venomous Spiders in Ohio
10 Spiders in Georgia
What Kills Bed Bugs Instantly?
The Top 10 Biggest Spiders in the…
How To Get Rid of Roaches Overnight
Carpenter Ants vs Black Ants: What’s the…
↓ Continue Reading To See This Amazing Video

Sometimes the stuff of nightmares, sucking blood, biting with fangs, stinging with stingers, injecting venom, scurrying with multiple legs, and watching us with many sets of eyes, arachnids can be lethal but also harmless or even beneficial. They are just misunderstood members of the greater animal kingdom. Please read below to better understand more than 100,000 known species that share this planet with us.

What is an Arachnid?

Arachnids are a class of arthropods (invertebrates with an exoskeleton, pairs of appendages with joints, and segmented bodies) in the subphylum Chelicitera. French naturalist Jean Baptiste Pierre Antoine de Monet de Lamarck introduced and named the class Arachnida in 1801 in his work on classification. The name comes from the Greek myth in which the gods turned Arachne, the weaver, into a spider.

This class includes spiders, scorpions, daddy longlegs, mites, and ticks, though these last three have unsegmented bodies. Arachnids grow by molting, which they do several times throughout their lifespan. They are primarily terrestrial, but they also live in fresh water and most marine environments, excluding the open ocean. Most of these live independently, but some, like ticks and mites, are parasitic and need a host to survive. Arachnids are primarily carnivorous, though they are unable to digest food internally. Hence, they consume their prey by injecting it with digestive fluids to liquefy the flesh and suck it up. There are over 100,000 species of known arachnids, including over 50,000 species of spiders worldwide.

The Different Orders of Arachnids

Recently, Xiphosura (horseshoe crabs) have also been considered for inclusion as Arachnids.

About the Different Orders

The Acari order is often classified into a superorder divided into two additional orders: Mites (Acariformes) and ticks (Parasitiformes). It is the most diverse order of arachnids. It consists of over 54,000 species, yet biologists believe that there are over ten times that still undiscovered. Mites are almost everywhere and cause great agricultural damage. Some species can also, however, control pest mites. Ticks are parasitic and can cause damage to their hosts, mainly through blood loss and tissue damage, but they are also carriers of viruses and bacteria which can cause disease.

Spiders make up the largest order of arachnids. They live on every continent but Antarctica and in every habitat but air or sea. Spiders breathe with both tracheae and book lungs and have what appear to be compound eyes but are just multiple simple eyes. Their two pairs of additional appendages are chelicerae in the form of fangs which can inject venom, and pedipalps that look like, and are nearly as long as, legs.

Like mites and ticks, daddy longlegs and harvestmen have a single, fused body. Unlike spiders, which they are often mistaken for, they only have a single pair of eyes. Their pedipalps are similar to those of spiders, however, in that they resemble legs. Opiliones fossils have been found, indicating that they have had the same body type for over 400 million years.

Pseudoscorpions, otherwise known as “false scorpions,” can be found in decaying leaves and bark, under stones, and in caves. Most pseudoscorpions can spin silk for protection or molting purposes. Some exhibit a trait known as phoresy, where they can attach to flying insects and migrate. The pseudoscorpion is predatory, and one suborder has venom glands behind its pincers, allowing it to kill and subdue prey.

Scorpions are predatory arachnids. They have grasping pedipalps and a tail with a venomous sting curling over their back. The scorpion’s abdomen is divided into segments, with a maximum of 13 in some species. Although they are venomous, most are not fatal to humans, though there are 25 species with stings capable of killing humans.

Native to desert and semi-desert regions worldwide, camel spiders are not the only name arachnids from this order have. Solifugae are also known as false spiders, haarskeerders, jerrymanders, sun spiders, Walzenspinnen, and more. With so many names, researchers know little about this diverse group. What is known about them is that they are nocturnal hunting arachnids with a huge appetite, powerful double jaws, and that they are incredibly fast – running for extended periods at up to 53cm/sec. Looking very much like muscular, hairy spiders, camel spiders have a bizarre zombie-like appearance because they hold their sensory pedipalps in front of their bodies while they run.

Found in tropical and subtropical regions, the tailless whip scorpion is nocturnal and hides during the day under rocks, in crevices, or caves. It has a flattened body and no tail. For respiration, it has two sets of book lungs. Though it has four pairs of legs, only the rear three are for walking. The front legs are divided into many segments and are flexible like a whip. Moreover, these have many sensory receptors, which allow the legs to function as antennae. The pedipalps are thick and spiny, allowing them to be used for defense or hunting. Most tailless whip scorpions have eight eyes, though some that have evolved to survive in caves have fewer or none. Amblypygids have no venomous fangs and are harmless to humans, possess no silk glands or venomous fangs, and are harmless to humans. The tailless whip scorpion has a lifespan of about 5-10 years.

The short-tailed whip scorpion is typically found in warmer regions such as the tropics and subtropics, but some have been reported under ice and rocks covered in snow. They can move forward or backward and are nocturnal predators.

Whip scorpions (or vinegaroons, because of the vinegar gland at the base of its flagellum) are mostly tropical, though one species lives in the drier southwestern United States. It is unknown what purpose the whiplike structure (or flagellum) serves. Like the tailless whip scorpion, they have two spiny pedipalps used to capture their prey. Their front legs, which they hold in front of them as they move, are also like those of the tailless whip scorpion in that they have sensory structures that are used like antennae. Nocturnal in habit, vinegaroons typically hide in crevices during the daytime.

Micro whip scorpions are tiny arachnids found under logs and rocks. They are also known to live in humid caves – they have even been found in church catacombs. They do not have tracheae, lungs, or book lungs, so gas exchange probably occurs directly through diffusion, though structures on their undersides may be related to respiration. Palpigrades have evolved to have no eyes, so they hold their front legs in front of them as they move to find their way through the world. Unlike most arachnids, they move by using their pedipalps as legs. As implied by their name, micro whip scorpions have a long, bristly, whiplike flagellum of indeterminate function. Although most palpigrades are predators, some of the cave dwellers feed on cyanobacteria.

The infamous black widow spider, with its distinctive red hourglass shape on the back of its black body, is a genus of the Araneae order rather than a single species. This arachnid has a reputation as a dangerous spider with potent venom. It lives on every continent of the earth, barring Antarctica. Though black widow venom is dangerous, it is really only a last resort after all other defensive measures fail.

The Arizona bark scorpion of the Scorpiones order, native to the Sonoran Desert in the American west, is small but potentially lethal. It has a toxin that can kill a human, beginning to show effects within four hours of its sting. It grows to about 5 to 7 inches long, is brown, and glows under ultraviolet light. During the winter, bark scorpions travel in packs of up to 40. They are also able to climb. They are “bark scorpions” because of their ability to climb tree bark.

Deer ticks reside in North America, particularly in eastern and midwestern states. A hard-bodied tick, the deer tick feeds only on blood, and they swell when they become engorged. These arachnids of the Acari order often feed on white-tailed deer but are also fond of dogs, humans, and other warm-blooded animals. Deer ticks will climb to the end of a branch, leaf, or blade of grass and wait for a host to brush against them. Then they latch onto the host with pincers at the ends of their front legs and go for a ride. Once on their host, they inject an anesthetic substance to deaden the pain and begin feeding. Moreover, deer ticks are a significant carrier of Lyme disease.

The house pseudoscorpion (Chelifer cancroides) lives near people. It lives in North America, Australia, Europe, and Africa. It likes to reside under bark, in caves, and in bird and bee nests, which is handy because it also attaches itself to bees and wasps when they fly. House pseudoscorpions also make way in human structures like barns, houses, and sheds. It has venomous pedipalps to subdue prey, but it is harmless to humans. This member of the order Pseudoscorpiones is only about 4.5mm, but its pedipalps, when extended, are over twice as long as its body.

A member of the class Thelyphonida, the giant whip scorpion is 40 to 60mm long, which is large for a whip scorpion. Like other vinegaroons, the giant whip spider can spray a stream of vinegar at attackers and use its pedipalps to crush prey. They use six of their legs for movement and the front two legs for sensing. Whip scorpions have eight very weak eyes, so they rely on those front two sensing legs for guidance. They also have a whiplike tail that gives them their name.

The giant whip scorpion lives in the southern U.S. and Mexico. It is also the only vinegaroon to live in the United States. It benefits humans because it eats scorpions, insects, worms, and slugs, among other things that might threaten agriculture or residential areas. Some are even exotic pets. Giant whip scorpions have a lifespan of 4 to 7 years.

A member of the order Opiliones, Phalangium opilio is so common that they are simply referred to as “harvestmen”. Native to Europe and Asia, the species was later introduced to North America, New Zealand, and North Africa. P. opilio is the most widespread harvestman in the world. It resides in various natural habitats, including woods, forests, and meadows, and in human-cultivated and developed environments, such as farms, gardens, fields, and lawns. Further, harvestmen are nocturnal and spend their nights as an effective form of biological pest control. 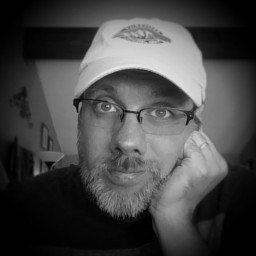 After 22 years as a reference and teen librarian, I am now a freelance writer and novelist based in Cincinnati. I enjoy spending time with my family, hiking, photography, woodworking, listening to classic rock, and watching classic films--my favorite animal is a six-foot-tall rabbit named Harvey.