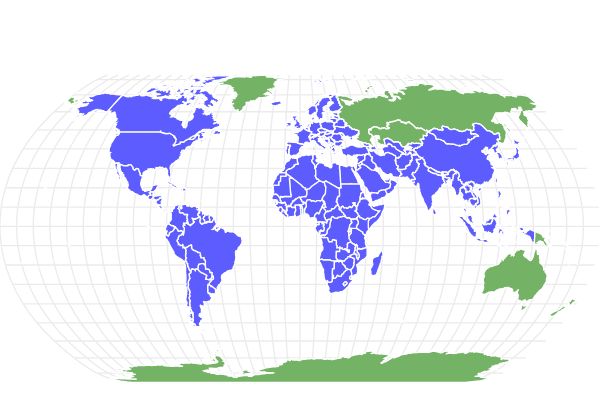 View all of our Armyworm pictures in the gallery.

View all of the Armyworm images!

The common armyworm is a moth caterpillar found in many countries of the world including the United States. They originated in North America, Central America, and South America and then traveled with humans, such as on ships, around the world. In America, it lives east of the Rocky Mountains.

The worm is a Pseudaletia unipuncta moth larva and crop pest. It feeds on crops or weedy grasses at night. An army of worms can do great damage to entire crops. Then, when they finish eating one field of plants, they march as a group in lines to another field in search of food.

People are some of the worms’ biggest threats, particularly because of agricultural pest control designed to rid crops of pests. The worms also have many natural threats that include predators, parasitoids, and diseases. They use a keen sense of hearing to evade some predators like bats.

The common armyworm’s scientific name is Mythimna unipuncta. The caterpillar worm and adult moth were discovered by English entomologist Adrian Hardy Haworth in 1809. The common armyworm is also called the true armyworm moth, rice armyworm, and white speck moth. These worms get their names from their tendency to march like an army from one crop to the next, leaving destruction behind them.

There are more than 30 species of moths with larvae referred to as armyworms. The Mythimna unipuncta is the common armyworm. Others using the name include the fall armyworm, southern armyworm, beet armyworm, and African armyworm. All of these worms cause extensive damage to the crops, fields, and grasses they take over. The fall armyworm is most destructive to home lawns, athletic fields, and golf courses.

Armyworms are the caterpillar larvae of the armyworm moth, also called the white speck moth. The worms go through six to nine distinct larva stages, changing with each one. These stages are called instars. Their body size and head size increase with each stage and the head colors change.

In the last larval stage, the worms are up to 1.5 inches long. They have smooth dark grey to green-black bodies with five stripes running the length of their backs and sides. Three back stripes can vary in color from one worm to the next and help to camouflage them on grasses, weeds, and crop debris. But the side stripes are pale orange outlined in white. The time to get through all of their instars takes about 20 days in warm weather and 30 days in cool weather.

After 20 to 30 days as a larva, the worm goes into a pupa stage for seven to 40 days, depending on environmental temperature. The pupa also changes color during this time, from yellow-brown to burgundy-brown. Finally, at the end of the pupa stage, a white speck moth emerges with a wingspan of up to 1.5 inches in width.

The behavior of the armyworm is limited to hiding and staying cool during the day, usually beneath layers of crop debris in a temporary nest. Then at night, the worms come out to feed on the crops or grasses. They also feed during cloudy days. The worms move like inchworms, looping their body upward, then articulating them forward. When the worms eat their way through one crop or food source, they move like an army unit to the next available food source. This destructive march is how they get their common name.

The armyworm lives east of the Rocky Mountains in the United States and northward into Canada. However, the white speck moths can migrate into states like Colorado and those west of the Rockies by flying up to 62 miles per night. The worms do not live well in cold weather, however. Cooler climates slow down their growth stages from egg to adult. They also prefer the abundance of crops in regions of the Midwest and eastward to the East Coast.

The worms are abundant in Central America, South America, Africa, Asia, and southern Europe. They originate from the Americas but have made their way to other continents since the colonization of the New World. With more than 30 types of armyworms around the world today, few crops are safe from their appetites.

What does the army worm eat?

In the larval stage, the worm’s preferred diet is plants within the Gramineae family. This family includes weedy grasses and grains like barley, millet, oats, corn, rice, rye, sorghum, wheat, sugarcane, and timothy. They also feed on wild grasses and weeds.

If they cannot find these preferred foods, such as during shortages, the worms will eat just about any type of grass or field, even home lawns, athletic fields, and golf courses. Other crops of secondary interest for their diet are pea, onion, alfalfa, bean, artichoke, parsley, carrot, cabbage, parsnip, sweet potato, celery, lettuce, cucumber, pepper, watermelon, and sugarbeet.

Adult worm moths feed on flower nectar, like other butterflies and moths. They also enjoy ripe and decaying fruit.

In the larval stage, armyworms often fall prey to predators, disease, and parasitoids. Their predators include ground beetles, ants, spiders, and other predatory insects. Bats, bobolink birds, starlings, blackbirds, and crows also eat the worms. Besides these predators, the worms can also suffer diseases and fungal infections. One of their biggest threats is parasitoids, specifically flies and wasps that lay eggs on or inside the worms. Then, the worms serve as a meal for the larvae that ultimately kill the host.

Humans are also a threat to armyworms. Because the worms are so destructive to food crops and landscaping, there is a range of pesticide treatments routinely used during plant seeding and growth to kill the worms.

Because the worm is so abundant, there is no current data on their numbers or conservation status with the IUCN. They are not presently endangered or at risk for extinction. Further, the worms go through bursts of abundance every five to 20 years. Scientists do not know why some years their numbers increase so dramatically.

The female armyworm moth deposits two to five rows of white to yellow eggs on dry leaves and grass as the beginning of the worm’s life cycle. They will typically leave up to 80 of these eggs in a cluster. Overall, a female moth that lives for only one to three weeks has between 500 and 1500 eggs available for reproduction. Each deposited egg hatches in about 3.5 to 6.5 days, depending upon the weather. They hatch faster in warm temperatures and take longer in cool.

After the eggs hatch, the larvae are in the worm stage. These tiny worms grow rapidly, going through six to nine stages in the larval segment of their life cycle. The larval stage lasts between 20 and 30 days, being shortest in warmer weather. To feed themselves, the tiny worms eat the leaves and stems where they hatched. But they can also produce a silk thread like a spider to fall to the soil and find other food sources. During daytime hours they also can hide in a nest beneath the soil or crop debris for safety.

At the end of the larval stage, the worms produce a silky case called a pupa. They encase themselves in the pupa that is between 0.5 inches and 0.6 inches long and 0.2 inches to 0.24 inches wide. The worm goes through a metamorphosis in this pupa for seven to 14 days. In cool weather, the pupal stage can take as long as 40 days.

At the end of the pupal stage, a white-colored moth with white and gray specks comes out of the casing. This moth is nocturnal. Males can live nine days in warm weather or 19 days in cooler weather. Females will live ten days in warm temperatures and 17 in cooler. In average conditions, the worm’s entire life cycle takes 30 to 50 days from egg to adulthood.

The armyworm is highly abundant. Every five years to 20 years the worms also go through bursts of higher numbers. Scientists do not know why this happens but believe it may have something to do with environmental moisture levels or other factors. The worms have many natural predators but still thrive in such abundance that humans use pesticide treatments to keep food crops and other vegetation safe from these armies of invaders.

Armyworms are often referred to as invaders because they leave crop and lawn destruction in their paths. They are tiny caterpillars, measuring only up to 1.5 inches at their latest phase of larval growth. But they have ravenous appetites, eating plant leaves and other parts of crops or grass fields throughout the night. It is common for armyworms to destroy entire crops every year. Then, every 5 years to 20 years, there is a burst of even higher numbers of these worms appearing without clear reason. When they devour one crop, the worms march en masse like an army moving to the next battlefield.

Are armyworms carnivores, herbivores, or omnivores?

Armyworms are ravenous herbivores. They live within grassy fields and grain crops, feasting on the plants. The worms can destroy entire crops in a span of days. Then, when the crop or field no longer has food to offer, the worms march to the next food source like a determined army.

This hungry worm is grayish-green or grayish-brown in color throughout its body. But it also has five stripes running its length, from head to anus. The three back stripes vary in color, usually being shades of green, brown or black. But the side stripes are typically light orange with white borders.

Where do armyworms come from?

Armyworms are the larvae of white speck moths. These larvae are actually caterpillars hatched from eggs the moths leave on crop leaves or grass blades.

How do you treat armyworms?

Humans can treat army worms using specially formulated sprays. This is the fastest and most preferred method, spraying pesticide treatments on crops at the seeding stage and later in plant growth.

These worms are very harmful to the crops, fields and lawns they inhabit. When most people inspect their fields or lawns during the day, it is hard to see actual worms because they nest during this time. But at night, the worms come out and feed on the plants.

How do you know if you have armyworms?

The white speck moth’s eggs can be found on plant leaves, near the stems. They are also found on grasses. The eggs are tiny white to yellow dots that turn grey before hatching. Then, you know if you have the larva caterpillars on your plants because they eat the leaves. You can also see the worms yourself on cloudy days or at night as they feed openly on your crops or lawn.

What do armyworms turn into?

Armyworms metamorphize into white speck moths, also called armyworm moths. This process takes 30 to 50 days from the egg stage, through the larva caterpillar stage, into the pupa and then emerging as a moth.