The checkered keelback of the east Indies can detach its tail and grow it back, much like a lizard. 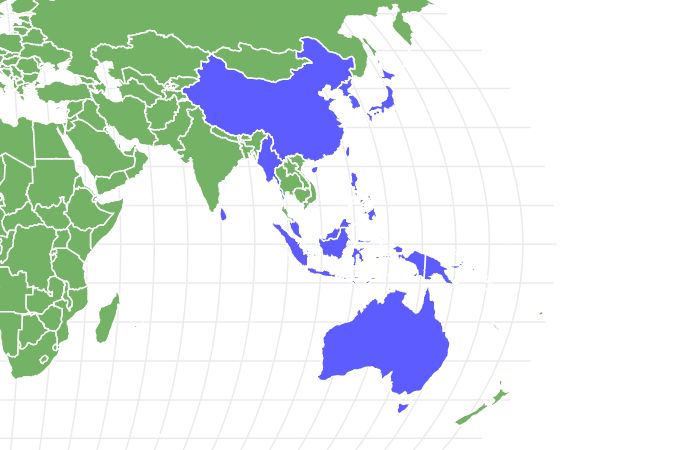 Fun Fact
The checkered keelback of the east Indies can detach its tail and grow it back, much like a lizard.
Litter Size
Five to 37
Diet
Omnivore
Common Name
Keelback

View all of our Keelback pictures in the gallery.

View all of the Keelback images!

“Are the Keelback Venomous? It Depends”

The keelbacks are a huge family of colubrid snakes that are found in the Old World. There are not only a lot of them, but many are unusual. Some are harmless, some are poisonous, some are venomous, and some are both poisonous and venomous. There’s even one that practices autotomy, which means if you grab its tail it snaps off but grows back, a talent usually reserved for lizards. Read on to learn more about these fascinating reptiles.

The keelback habitat is large areas around bodies of water. Though the Tropidonophis genus is found in Australia, other keelback snakes are generally found in southern, southeast, and eastern Asia in countries such as Japan, the Philippines, China, and Indonesia.

Keelbacks are members of the subfamily Natricinae, though not all members of Natricinae are keelbacks. They get their name “keelback” because their scales are strongly keeled, or have ridges. The name Natricinae comes from the Latin word natrix, which means “water snake.” Many of these snakes are found around water and have a diet of amphibians and other aquatic life.

One of the largest genera of keelbacks is the Rhabdophis genus. This word is from the Greek rhabdos, which means “striped” and ophis which means serpent, and indeed, many snakes in this genus have stripes. Another large genus is Tropidonophis. The first part of this word comes from the Greek for “ship’s keel” which is tropidos. There are at least 14 genera that contain snakes called “keelbacks.”

The Different Types of Keelback

There are dozens of types of keelback snakes. One species, the common keelback or Mair’s keelback, is found in Australia and Papua New Guinea. It is nonvenomous and is notable for being one of the few animals that can safely eat the poisonous cane toad. This snake grows to about 3 feet in size and has an olive, blackish or brownish ground color with black spots or crossbars. Though it’s harmless to people, it resembles the rough-scaled snake, which is one of the most venomous snakes in Australia.

Boulenger’s keelback, Fowlea asperrimus is a water snake that’s only found in Sri Lanka. It has a body with olive-brown ground, a black head, and large, dark blotches or crossbars at the front of the body that make it easy to identify. Its favored habitats are flooded rice paddies, ponds, marshes, lakes, streams, and other bodies of freshwater.

The Burmese keelback water snake, Xenochrophis bellulus is rare. It lives in Myanmar in wetland habitats, or it is believed to do so. There have been only three of these snakes collected, and the last one was collected in 2010. Its conservation status is data deficient.

Though the pattern of the checkered keelback, Fowlea piscator can be varied, it often does have a pattern like a brown and tan checkerboard. It’s not venomous, but its bite is nasty and can become inflamed if it’s not treated. The species epithet, piscator, tells you that it eats fish.

The painted keelback of the Indian subcontinent has a beautiful copper-colored body with two light brown stripes down the top. Its striking coloration led scientists to name its genus Xenochrophis, which is Greek for “strange color.”

How To Identify Keelback: Appearance and Description

What most keelbacks have in common is that they are generally slender snakes that don’t grow much longer than 39 inches in size, tops. They also have strongly keeled scales on their backs that give them their common name. Most live in watery habitats, and some species are actually considered semi-aquatic.

Keelback Venom: How Dangerous Are They?

How dangerous a keelback is, depends on its species. Some of these snakes get their poison from the toads they eat, and this poison can be very potent indeed. Interestingly, many species that were thought to be harmless to humans are now classified as venomous or poisonous. Some of these snakes are neither, but their bites can cause an allergic reaction in humans.

In the case of the red-necked keelback, Rhabdophis subminiatus the toxin can actually be seen to ooze out of the back of the snake’s neck, which may be why its defense posture is to turn away from its attacker. Reports that this snake can actually shoot the poison at an attacker need to be evaluated.

Keelbacks are found to be rather mild-mannered and hesitant to strike. They will either flatten themselves to the ground to avoid a predator or try to escape. Others raise their head and spread their necks to resemble the dangerous cobra, while the red keelback, Pseudagkistrodon rudis actually changes the shape of its head to resemble a viper. These snakes not only have keels on their upper scales but keels on the bottom scales that allow them to get traction over slippery surfaces and help them climb trees. Most are active during the day, and the mainstay of the diet is toads and frogs.

Keelback snakes lay from five to 37 eggs. The lifespan seems to be around 10 years, which is not a long lifespan for a snake. The population and conservation status of keelbacks vary. Many have a status of least concern while the Wa Shan keelback of China’s Sichuan province is endangered, and the Sri Lankan keelback is considered near threatened.

What is the Keelback good for?

Tropidonophis mairii, Mair’s keelback is valued because it’s one of the few Australian vertebrates that eats the cane toad, a poisonous and invasive amphibian that was introduced to eat the cane beetle. However, the keelback snake can only eat so many of these ugly and harmful beasts before it is sickened.

Are Keelback snakes in Australia?

Where are Keelback snakes found?

How long is the keelback snake?

Keelback snakes of both genera are between two and three feet long, usually.

Is the tiger Keelback snake poisonous?

The tiger keelback snake is indeed poisonous as well as venomous. The snake has glands in its neck that contain the poison from the toads that are part of the snake’s diet.

Australian keelback snakes are not venomous.

The red-necked keelback, which was once thought to be harmless, actually seems to have potent venom. However, it is difficult for the snake to inject the venom because it is delivered through fangs at the back of the animal’s mouth. This means the snake not only has to get a firm grip on its victim but has to chew to work the venom into the wound.

Is the painted keelback poisonous?

The painted keelback is not poisonous.