A pine marten can jump from tree to tree similar to a squirrel. 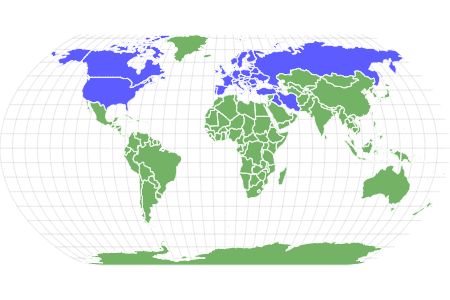 View all of our Pine Marten pictures in the gallery.

View all of the Pine Marten images!

A pine marten is a long, sleek mammal similar in appearance to a weasel. Their habitats are pine trees, scrublands, and rocky hills. Though these small mammals have adorable faces, their sharp claws and teeth can be dangerous. The diet of this animal includes insects, voles, birds, bird eggs, and fruit. They are fast-moving, agile animals both on the ground and in trees.

Martes martes is the scientific name of a pine marten. Martes is a Latin word referring to the genus of this mammal. It is sometimes called the European pine marten.

The classification of the pine marten:

There are 8 species including:

The fur of a pine marten is dark brown with cream or white on its neck and chest. They have pointed ears, small dark eyes, and dark whiskers. These animals have a long, bushy tail that’s very similar to the tail of a squirrel. An adult can grow to 1.5 to 2.2 feet long. They weigh from 1 to 3 pounds. A pine marten measuring 1.5 feet long is equal in size to the average housecat. A 3-pound pine marten is equal in weight to half of a brick. Pine martens are closely related to weasels. But weasels only grow to about 10 inches in length (body and tail). The yellow-throated marten is the largest species growing to a length of 27 inches.

This small animal has very sharp claws and teeth. It uses its claws to grasp the bark of trees and jump from branch to branch. Its tail helps it to stay balanced while it’s sitting on tree branches way up in the treetops. These creatures are known to be incredibly territorial. Their territory can sometimes extend over 3 miles. They are careful to mark the boundaries of their territory with feces. Yuck! If one pine marten enters the territory of another, there’s likely to be a fight. Fights between these animals can be dangerous and vicious because they can injure one another with their teeth and claws. These animals don’t want any intruders in their space!

They also use their teeth and claws to defend themselves against predators. Their running and jumping speed can help them to escape an attack from an owl or fox as well. Young European martens are more vulnerable to predators than fully grown adults.

This animal has a shy personality (except when pursuing prey) and is solitary. They are nocturnal as well so a person would have to be patient in order to spot one of these clever creatures.

If you saw a pine marten and a mink walk by, you may believe they are the same type of animal. They both have a coat of dark brown fur. Plus, they both have long, slender bodies, small noses, and pointed ears. Each one of these creatures is a good swimmer and nocturnal. Furthermore, birds and small rodents like voles are included in their diet. Spotting the differences between this pair means taking a closer look at the specific features of each one.

The origin place of the pine marten is Eurasia. These mammals are found in areas all over Europe as well as in Asia. They live in Italy, Finland, France, Iran, Germany, Sweden, and Russia among other countries. They thrive in temperate to cold climates. Their thick fur keeps them warm during the winter season, so they don’t have to hibernate. In especially cold temperatures, they may spend time underground in a den to stay warm.

These animals get their name from their pine forest habitat. Some of them live in scrublands or on rocky hillsides. Sometimes this small mammal will make a home in a crevice between rocks. Its slim, flexible body allows it to slip into tight areas.

They live part of the time in trees and part of the time on the ground. They make their nests in the hollows of trees, in dens or in abandoned squirrel nests called dreys. At dusk when it’s time to eat, these animals come down from the trees to look for food.

These animals don’t migrate. However, they do move around within their territory sometimes having three or four dens to hide or sleep in. They like to wander looking for food and ensuring their territory is still marked.

They are omnivores. Though they spend a lot of time in trees they hunt for prey on ground level.

Owls are predators of pine martens along with red foxes and eagles. Owls and foxes are both nocturnal, so they are out hunting at the same time European martens are active. Eagles share the same treetop habitat as this small mammal, so they are able to find them fairly easily.

Humans are also predators of pine martens. Some people set traps and hunt these mammals for their fur. There are some farmers that kill them as pests because pine martens can attack chickens, ducks, and other small barnyard animals. Or, it may eat poisonous bait put out to kill another type of pest on a farm or ranch.

The conservation status of pine martens is Least Concern with a stable population.

What do pine martens eat?

Omnivorous pine martens have a diet of insects, fruit, voles, small rabbits, birds, and bird eggs. They sometimes steal eggs out of a bird’s nest. These creatures eat insects found on tree bark. Plus, they are fast enough to capture voles and other small rodents living in their habitat. They have been known to eat fruit because they enjoy the sweet, sugary taste.

The mating season of this mammal happens in July and August. Males call out for females with a high-pitched sound similar to the howl of a domesticated cat. Males and females climb down from the trees to breed. After mating, the fertilized egg inside the female doesn’t travel and implant in her uterus until seven months later. So, the gestation period of this mammal is around one month, and the babies are born in the springtime. This is called delayed implantation. It happens so pine martens, and other members of the Mustelidae family, can have their litter when the weather is warmer in the spring.

A baby is called a kit. A female gives live birth to a litter of 3 to 5 kits. Each baby weighs around 1 ounce. They are born blind with closed ears. Their eyes and ears open at around 35 days old. After nursing for around the first month of life, the kits begin to eat solid food at around 40 days old. The male pine marten doesn’t help in the care of the kits. The kits can live independently at 12 weeks old.

These wild mammals live 8 to 10 years. The record for the oldest wild pine marten is 14.5 years old.

The population of this animal is unknown. According to the IUCN Redlist their conservation status is Least Concern with a stable population.

What is a pine marten?

It is a small furry mammal with a long body, pointed ears and a bushy tail. They have a dark brown coat with a splash of white on their neck and chest. These animals have a diet of insects, voles, fruit, birds, and birds’ eggs. Their area of origin is Eurasia.

This animal is similar in appearance to a weasel or even a ferret. Though some people try to keep this animal as a pet, it is not meant to live in a home. This is a wild animal that would not be happy living as a pet. Plus, they can be dangerous due to their teeth and claws. Keeping an exotic pet like this is illegal in some places.

Their diet is omnivorous.

No. They have a shy personality and like to remain hidden from humans. If they do become aggressive it’s in the midst of trying to capture prey or defend themselves against a predator.

Where does a pine marten live?

Its habitat can be a pine forest, rocky hillside, or scrubland.

Yes. In the United Kingdom the pine marten is protected under the Wildlife and Countryside Act.

Yes. They eat rats along with many other types of rodents. They are quick and can capture these rodents without a problem.

It looks a lot like a weasel or a fisher.

How big is a pine marten?

What is pine marten fur used for?