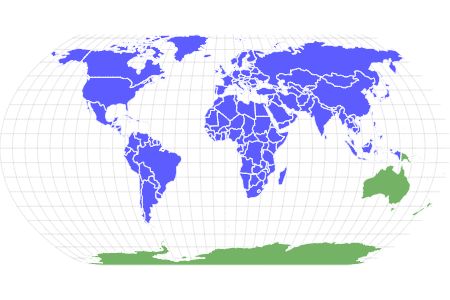 View all of our Shrew pictures in the gallery.

View all of the Shrew images!

The motto of the Shrew can truly be “Live fast, die young.”

Frankly, shrews are a bit weird. They are tiny, with the Etruscan shrew being only 1.375 inches long, making it the smallest land mammal on earth. Because of that small size, these insectivores must constantly eat. If one doesn’t eat even for a few hours, it dies of starvation. Even with their unquenchable appetites, members of the Soricidae family seldom live past three years. Some, such as the Anourosorex schmidi, are venomous, another unusual characteristic when it comes to mammals. Their bones are so small and frail that they don’t fossilize well, so the historical record of the animal is scant. Yet there’s a creature called the hero shrew that can support the weight of a grown man standing on its back. Read on for more information about these astonishing animals.

Here are some amazing facts about this tiny but powerful animal:

The shrew is a tiny animal, and even the largest, Suncus murinus does not grow more than 6 inches in length or weigh much more than 4 ounces. They are covered with gray, brown, or black fur on the top and sides, though their ventral areas are paler. Their skulls are long, narrow, and flat, and their noses are pointed. Their eyes are tiny, sometimes to the point of being vestigial. Because of this, biologists believe that they sense the world through hearing, smell and touch. Some species actually use echolocation, much like bats.

The shrew’s teeth are not replaced throughout the animal’s admittedly short lifespan, and one of the weirder facts about the animal is that it loses its baby teeth before it’s even born.

Many characteristics set these insectivores apart from other mammals, and one of them is their extreme metabolic rate. Basically, the shrew must eat pretty much all the time, day and night. Its pointed nose helps it dig underground in search of worms and grubs. Some members of the Soricidae family live around water, are excellent swimmers, and live on a diet of aquatic animals.

They don’t hibernate but can go into torpor, where their metabolic rate slows but not as drastically as it would in hibernation. During cold months when food is not plentiful, a shrew can lose as much as half of its normal body weight. It not only loses fat and muscle but its bones, skull, and viscera actually shrink.

Many people mistake a shrew for a mouse, which is understandable as they are both small, furry, neutral-colored animals. But the two are not closely related and there are important differences in identification between them. One aid in the identification of a mouse is to look at its teeth. A mouse is a rodent with incisors meant to gnaw. These teeth grow throughout the life of the mouse, so gnawing is essential. The teeth of the shrew only wear down over time. Indeed, its teeth are often red because the iron in the enamel has been revealed. Venomous members of the Soricidae family deliver the venom through grooves in their teeth. Mice are not venomous.

Overall, members of the Soricidae family tend to be smaller even than mice. The eyes of a shrew are also tiny, while the eyes of a mouse can be huge in proportion to its head and give it an overall cuteness. Those eyes also give a mouse excellent vision. Shrews also have small ears while the ears of mice are large. The food they eat can also be compared. Though anyone who has had a mouse in the house knows it will eat just about anything including the corpses of its conspecifics, scientists identify shrews as insectivores. The main diet of mice is supposed to be seeds, nuts, and other plant materials.

Mice have long tails, and though some members of the Soricidae family have long tails, others like those in the Brevicauda genus have short tails. The shrew’s tail also has more fur than a mouse’s tail. The front feet of members of the Soricidae family have five toes while the front feet of mice have four. Another method of shrew identification is to use your nose. Shrews smell like skunks. Mice may not smell sweet, but they are not nearly as pungent as shrews.

Mice are largely social animals, while shrews are territorial and solitary. A couple of exceptions to this may be Anourosorex squamipes, as one study showed several individuals living in the same burrow. Suncus etruscus may even be monogamous. Generally, outside of the mating season, a shrew will attack another shrew that comes into its territory.

Because they have to eat so much to maintain their metabolism, members of the Soricidae family are on the hunt for food day and night and only stop for brief rest periods. Most prefer moist habitats where it is easy to dig through the soil to find insects and invertebrates. Others live among vines or in bushes or small trees. They also take over the burrows of the fossorial animals, and some, such members of the Anourosorex genus, spend most of their time underground. Sorex palustris dens on land but hunts in the water. Some of these animals have the ability to run on water due to the ability of hairs between their toes to trap air bubbles.

They are found in temperate and tropical areas all around the world. Only New Zealand, Australia, and New Guinea lack native shrews. They prefer deciduous woods, evergreen and deciduous forests, grasslands, hedgerows, gardens, and areas near bodies of water that can provide enough food.

Animals that prey on members of the Soricidae family include birds of prey such as owls, weasels, foxes, and snakes. Though they are abundant, they are sensitive to changes in their environment such as pollution of habitat disruption.

Members of the Soricidae family breed in all seasons save winter, and their babies are born in spring or summer. Males sometimes court females by making clicking sounds. Females mate with several males and each litter may have more than one father. On the other hand, males also mate with more than one female. The majority of males do not give parental care, and females raise their babies by themselves.

Females are pregnant for 18 to 27 days and can give birth to between two and 10 babies at a time. Babies are born blind, naked, and helpless and have already shed their baby teeth in the womb. They’re nursed for a little over a month in general. Sometimes when the mother needs to move her young the family will form a caravan where each baby holds the tail of the other as they follow her. Some members of the Soricidae family are ready to reproduce themselves when they’re only three weeks old, while others aren’t ready to breed till they are a year old.

The Soricidae family is one of the most speciose on earth, with 385 species. Only mice, rats, and Vespertilionidae bats have more species. Biologists believe that there are about 100 billion types of shrews on earth, and their conservation status is least concern.

Are Shrews carnivores, herbivores, or omnivores?

Members of the Soricidae family are omnivores but they are placed in the Insectivora order, as much of their food consists of insects and other small invertebrates.

What is a shrew?

It is a tiny mammal, even smaller than a mouse, that is found in most places on earth.

It is a very small mammal with thick gray, brown, or black fur. It has tiny eyes and ears and a long snout that helps it dig. Depending on the species, the tail can be long or short.

How big is a shrew?

They do not eat humans. The venom of even venomous members of the Soricidae family is harmless to a human.

Are shrews good or bad?

Generally, they are good. Grains and cereals are not a mainstay of their diet the way they are for mice, and they can indeed keep the mouse population under control. If a person comes across a dead mouse with its skull cracked open and its brains are eaten, that was probably the work of a shrew. They also eat insect pests and are prey for larger animals.

They can bite humans if they object to being handled, but the bite is harmless if a bit painful.

Where do you find shrews?

Members of the Soricidae family are found in the warmer areas of the world. They often den in gardens, orchards, pastures, woods, forests, grasslands, and near streams.

What's the difference between shrews and moles?

There are many differences between moles and shrews. Moles grow much larger than shrews do, and they spend their entire lives underground, while shrews enjoy living above ground.