The Oscar fish has teeth in its throat! 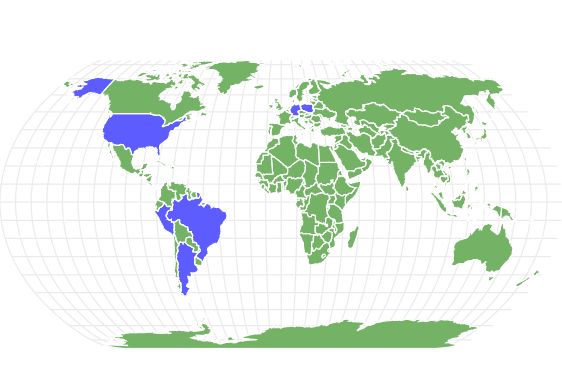 View all of our Oscar Fish pictures in the gallery.

View all of the Oscar Fish images!

“An Intelligent and companionable fish.”

People who own Oscar fish might have bought one or two for their beautiful colors, but soon they’re surprised to see that the fish has a personality. They’ll notice their pet Oscar seems to be watching them as they go about their business. They may even believe that their Oscar recognizes them. The fish can be hand-fed, and if they don’t like the decor in their tank, they’ll change it by uprooting a plant, picking up a rock or a bit of gravel, and moving it around. Read on for more information about these amazing fish.

The Oscar is a fish in the Cichlidae family, a large family that encompasses as many as 3,000 species. The Oscar fish’s genus is Astronotus, of which there are only two species, and its scientific name is Astronotus ocellatus. Astronotus comes from the Greek word for “star” which is Astra and the Greek word for “back,” noton. Ocellatus is Latin for “little eyes” and describes the red eyespots at the base of the fish’s tail fin. Though the Oscar fish’s origin is in South America, it has spread to rivers in North America and other regions where it may even be considered invasive.

Though there are one species of Oscar, it has been bred and crossbred to create several different varieties for the home aquarium. They include veil-tailed Oscars, with beautiful, flowing pelvic, dorsal, caudal, and pectoral fins. There are albino Oscars, bright yellow Lemon Oscars, White, Blue, and Black Oscars, Green Oscars, Copper Oscars, and Golden Oscars. The price of these fish can range from a few dollars to about one hundred dollars.

The Oscar fish is a large member of the cichlid family. Its body is a deep, somewhat compressed, elongated oval, about 15 inches long when the fish is fully grown. Though it has been bred to have many colors and patterns, a wild Oscar is dark green or brown with orange, red, or yellow splotches. The wild Oscar fish also has eyespots at the base of its tail. These eyespots serve to confuse would-be predators long enough for the fish to make its escape.

The Oscar’s eyes are bulbous, dark, edged in red, and its mouth is large and thick-lipped. The fins are scaled and contain many spines and rays. Baby Oscars have different colors than their parents, which helps camouflage them. They have a rapid growth rate and soon take on the coloration of the adults.

Though the origin of the Oscar is in the tropics of South America, it is now found in the wild in Australia, the United States, China, and India and is sought as a pet in both the United Kingdom and America.

The fish’s habitat is slow or still rivers with muddy or sandy bottoms, for the Oscar is a bottom feeder. It does best when the temperature is between 68 and 82.4 degrees Fahrenheit. It can’t survive temperatures below 55 degrees, so an owner should take care to monitor the water in the tank. The fish can tolerate a wide pH level of between 6 and 8.

The Oscar is an omnivore and will eat insects and their larvae, smaller fish, freshwater shrimp, snails, clams, and detritus. Other food includes algae, nuts, and fruit that has fallen into the water. In turn, the Oscar is food for piranhas, reptiles, wading birds such as herons and humans. It’s also the victim of parasites such as Ichthyophthirius multifiliis and trematodes. Oscars are vulnerable to Dactylogyrus gill flukes disease and a malady called hole-in-the-head disease. Scientists don’t know what causes this disease but one cause may be a parasite called Hexamita.

Oscars are somewhat unusual for fish in that they are monogamous, and a pair may breed with each other several times. They are ready to breed when they’re about 14 months old and can reproduce for as long as 10 years. The fish breed when the water temperature reaches 77 degrees Fahrenheit.

The pair first take care to clean a nest site together, which can take some time. When they’re ready to spawn, they engage in a courtship ritual that involves spreading their fins and flaring their gills. Their colors also grow especially vivid. Then, the female lays eggs over the nest site followed by the male, who deposits sperm.

Oscars reproduce three to four times a year, and each clutch contains between 300 and 3000 eggs. Larger females lay more eggs. Both parents care for the eggs and then the fry until they’re about a year old. The growth rate of a fry is very fast, and they gain about an inch every month. The lifespan of the Oscar fish can be as long as 20 years.

Oscar Fish in Fishing and Cooking

The Oscar is a popular food fish in South America and is often seen in markets. The Florida Oscar is a popular game fish for anglers because it puts up a good fight and is easy to lure with different types of bait such as cut-up fish, worms, and crickets. There is no limit to how many Oscars can be caught per season. It is considered a good panfish, but some reports claim that the fish contains mercury, and consumption of them should be limited.

Oscars are widely distributed in the rivers and basins of Colombia, Brazil, Peru, and French Guiana, and there have been reports of them appearing in Argentina. It has been introduced in North America, Australia, Guam, Poland, Singapore, the Ivory Coast, and Germany. It is also a popular aquarium fish.

View all 22 animals that start with O

Where are Oscars Found?

Though the origin of this fish is in South America, it is now found in many places in the world, including Florida, Australia, and Germany.

How big do Oscar fish get?

A really big Oscar can be 22 inches long.

How long does an Oscar fish live?

An Oscar fish that receives good care can live for 20 years.

What is an Oscar fish?

The Oscar is a type of cichlid, which is a large, diverse family of fish. As a pet, it is bred for its beautiful colors.

Why is my Oscar fish laying on its side?

What do Oscar fish eat?

Oscar fish are omnivores and eat both animal and plant materials.

What size tank do I need for two Oscars?

If you plan to keep two Oscars, you will need a tank that holds at least 75 gallons.

How many Oscar fish can stay together?

A small group of Oscars can live together harmoniously, but an owner should remember that the growth rate of juvenile Oscars is quite rapid. An owner may find that the price or size of a tank for three or more of these fish might be prohibitive.

How much does an Oscar fish cost?

The price of an Oscar fish can range from about $8 to $100 for a very fancy variety.

Do Oscars eat other fish?

Oscars do eat other fish, which is why they’re not kept in the same tank with smaller fish.