Ferrets were used during the Revolutionary War to keep down the rat population. 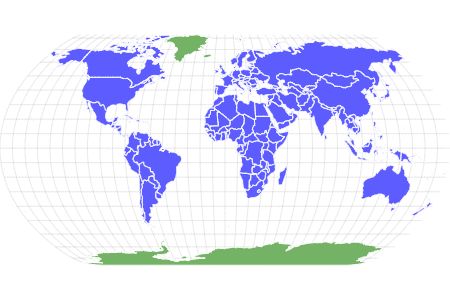 Prey
Rabbits and vermin if it is used for ferreting
Name Of Young
Kit
Group Behavior
Fun Fact
Ferrets were used during the Revolutionary War to keep down the rat population.
Estimated Population Size
Millions. The conservation status is “domesticated.”
Biggest Threat
None
Most Distinctive Feature
Its beautiful, dark brown fur
Other Name(s)
Poley
Gestation Period
42 days
Litter Size
As many as 15 kits
Habitat
Among humans, though native habitats are forests and woods near water.
Predators
None
Diet
Carnivore
Favorite Food
Meat in the form of ferret food
Type
Mammal
Common Name
Sable Ferret
Number Of Species
1
Location
Cosmopolitan
Group
A business or busyness

View all of our Sable Ferret pictures in the gallery.

View all of the Sable Ferret images!

“The Sable Ferret is the most common of the pet ferrets.”

Though it requires more upkeep than a dog or a cat, the sable ferret makes a great pet. It is clean, as it can be trained to go in a litter box, lively, intelligent, and endlessly curious about its world. It is one of many color morphs of the domesticated ferret and the most popular. Here’s more about this lovely little mustelid:

There are different color morphs of sable ferrets, including the mask sable ferret and the mitt sable ferret. The standard sable Ferret has deep brown guard hairs over a paler undercoat. It is probably the same animal as the sable mask ferret, for both have a dark mask over their eyes. Not only this, but the mask changes with the seasons and with the animal’s age. The mask may cover much of the animal’s face in the summer but only cover the eyes in the winter. The sable mitt ferret is the same as the other sable ferrets but has white feet.

The black sable ferret’s guard hairs are black as opposed to dark brown, but they also cover a lighter undercoat.

The sable ferret’s color patterns can also be a point or solid as well as standard. A solid ferret’s fur is one color, with no white or cream anywhere. Point ferrets have darker brown on their faces, feet, and tails in a way that recalls a Siamese cat.

Health and Entertainment for your Sable Ferret

The sable ferret has the long, limber body of other ferrets as well as its ancestor the polecat. Traits that help in identification are an undercoat that ranges from white to brown and is covered with deep brown guard hairs. The colors of the fur are all the same shade, especially the head, the neck, and the body. Its eyes are black and are covered with a dark mask, and its nose can be mottled, black, or pink. Like other ferrets, the sable is about 20 inches long, weighs between 0.66 to 5.95 pounds, and males are bigger than females.

This cute ferret is playful, inquisitive, and tidy, but it will sleep about 18 to 20 hours a day and be most active just when the sun rises and just after it goes down. How much it wants to play might depend on whether its human is around to interact with it. The sable ferret gets along with dogs and cats in the family but as a carnivore, it may be dangerous to have around pet birds and other creatures smaller than it is. It can be trained to do tricks and obey commands and can even be house-trained to do its business in a litter box. This is easy for the ferret to learn because it would use a specific spot to eliminate in the wild.

Owners of ferrets are delighted when they burst into what’s called a war dance. In this dance, they leap about and crash into things. It has nothing to do with war but simply means the ferret is happy and wants to play. If it has a ferret companion, they may play fight. The sable ferret has a large repertoire of sounds, including docks, clucks, screeches, squeaks, barks, and hisses.

Though polecats are solitary, ferrets will happily live together. They like to burrow and hide, so their enclosure or play area should have places where they can do this. The sable ferret also likes to sleep in a closed-in place, so a sleeping box should also be provided.

The last wild ferret in North America is the black-footed ferret that lives underground in prairie dog towns. If members of M. furo lived in the wild, they would live in woods near bodies of freshwater. As a pet, the intelligent and energetic sable ferret needs as big an enclosure as is practicable. Since this cute ferret loves to chew on things, it’s best to get a metal cage. The cage also needs to be equipped with objects the ferret can explore, hide in, burrow through and play with as well as a litter box. Even with a large cage, a ferret needs to be let out for at least an hour or two to explore its larger environment and to play with its human.

In the wild, a ferret would take small animals such as rabbits and mice and eat all of it, including its fur, skin, and viscera. Some pet owners do offer their ferrets freshly killed or even live animals, but this isn’t enough for a domestic ferret. Fortunately, there is food on the market that is made for ferrets and contains a healthy amount of taurine. The best ratio is 34 percent animal protein and 20 percent fat. Sable ferrets, like other members of M. furo do not process plant material well and shouldn’t be offered fruits or vegetables as treats. Instead, it is best to give them pureed baby food made of meat as a treat.

One thing to consider before buying a domesticated ferret is indeed its diet. The animal has such a fast metabolism that it needs to eat as much as 10 times a day.

Because they are pets, these ferrets don’t have natural predators. If they did live in the wild, they would have to face predators such as birds of prey, coyotes, mountain lions, and other large carnivores.

The biggest threat to these ferret concern its health. Pet ferrets are unfortunately subject to many diseases and disorders. These include cancers and disorders of the adrenal glands. They can also suffer from viruses, parasites, canine and feline distempers, and problems with their teeth. They can also swallow objects that can obstruct their bowels and be subject to hairballs like pet cats.

Ferrets can also spread diseases to humans. It is important for a pet sable ferret to be vaccinated for rabies and other diseases.

These ferrets are ready to mate when they’re about six months old, even though they’re not fully grown until they’re a year old. Male ferrets mate with many females, and females can have as many as three births a year. Some litters can have as much as 15 kits, and if the female has less than five kits, she will go into estrous even as she’s still nursing them. The ferret breeding season is usually between March and August.

The female is pregnant for about 42 days, and the kits are born helpless and blind. Their eyes do not open until they’re five weeks old, even as they are weaned when they’re between three and six weeks old. They have their permanent canines by the time they’re two months old and can eat kibble. Their mother stops caring for them at this time, and this is usually when a breeder sells them.

The lifespan of this cute ferret is between six and 10 years.

It is estimated that there are at least 5 million pet ferrets in the United States alone. The sable ferret is the most popular.

They are obligate carnivores. This means they must have meat and cannot be healthy on a vegetarian diet.

What is a sable ferret?

A sable ferret is a member of the Mustela furo species. It is noted for its beautiful dark brown guard hairs over an undercoat of white, cream, gold, or brown and a mask over the eyes.

Where do I buy a sable ferret?

You can buy a sable ferret from a reputable breeder or even a pet store.

What eye color does a sable ferret have?

The colors of its eyes can be either dark brown or black.

How big is a black sable ferret?

This cute ferret is about 20 inches long including the tail.

How much is a sable ferret?

The cost of a sable ferret is between $100 and $200. This needs to be added to the cost of an enclosure, food, toys, medical care, and of course the cost of child-proofing your house.

What is the rarest ferret?

The rarest ferret is the black-footed ferret. It is endangered, and there are only 605 of them. Over half are in captivity. It isn’t the same species as the sable ferret. Its scientific name is M. nigripes. The rarest color found in M. furo is cinnamon.

Black sable ferrets make lovely pets. They are fun, funny, curious, and can be affectionate. This is also true of sable mask ferrets and sable mitt ferrets.

How long do sable ferrets live?

They usually live between six and 10 years. 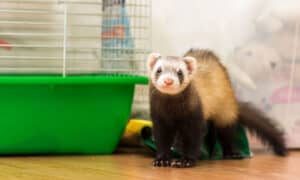 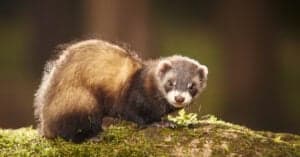