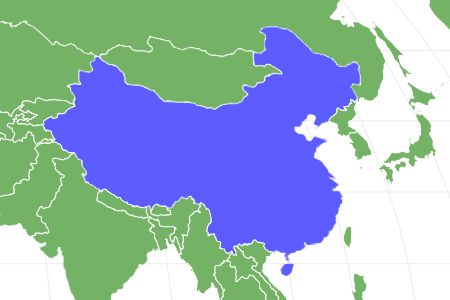 View all of our Microraptor pictures in the gallery.

View all of the Microraptor images!

Microraptor is a genus of dromaeosaurid dinosaur characterized by its small size and four wings. There are actually three species of Microraptor that were named differently. However, researchers agree that they are varieties of the same species after additional study.

The Microraptor is aptly named due to its small size. Researchers estimate that as an adult, these dinosaurs only measured approximately two and a half feet long (77cm) and weighed less than three pounds (1kg) on average. This makes them one of the smallest non-avian dinosaurs discovered.wh

In addition to being among the smallest, they were also the first non-avian dinosaurs found with impressions of feathers and wings among their fossil remains. Speaking of wings, the Microraptor had four wings and long flight feathers on its wings and legs. Finding dinosaurs with wings and feathers that didn’t actually fly has led many paleontologists to suspect that feathers were not as uncommon in dinosaurs as we once imagined.

Researchers have analyzed the pigment cells from fossilized remains of these creatures with special microscopes. Then they compared their findings against modern birds and concluded that the results indicate that most Microraptors were likely black and glossy in color.

Key features of the Microraptor:

Diet – What Did the Microraptor Eat?

The small mouth of a Microraptor was filled with a mixture of serrated and non-serrated teeth. This was a feature they shared with some other ancient birds and confirmed that they would have been carnivores.

Based on early findings, the fossil evidence suggested that the Microraptor primarily fed on small birds with which it shared the trees. However, as more fossils were unearthed, a complete skeleton of an Indrasaurus—a genus of small extinct lizards—was discovered in the stomach of a Microraptor. This discovery led researchers to conclude that these bird-like dinosaurs likely fed on lizards, fish, and small mammals in addition to other birds. And also that they were likely opportunistic hunters like many similar-sized dinosaurs.

Fossil dating puts the Microraptor in the early Cretaceous period, approximately 125 to 120 million years ago. All of the fossils have been discovered in the Jiufotang Formation in Liaoning, China.

Before becoming a fossil formation, these forests were home to many prehistoric birds and other bird-like dinosaurs that shared similarities to the Microraptor.

For example, the Jidapterus was a genus of azhdarchoid pterodactyloid pterosaur that lived around the same time and may have fed on the Microraptor in the treetops.

In addition to being potential prey for larger animals, the Microraptor would have also competed for food with many other similar-sized species of prehistoric birds. Whether it was small lizards, bugs, or fish, every day would have been a fight for the next meal.

Between 1999 and 2003, there were several controversies surrounding supposed Microraptor specimens—known at the time as the Archaeoraptor. The first specimen was actually a mixture of several different specimens: Microraptor, Yanornis, and a third unnamed specimen. Then for the next couple of years, a couple of other paleontologists were unearthing other specimens in the Jiufotang Formation. Some weren’t preserved great and were missing pieces such as skulls.

Finally, in 2003, Xu Xing was able to analyze around 6 or 7 specimens that showed distinct differences, and he named a new dinosaur: Microraptor gui. Then through further debate, it was accepted that the Microraptor, Microraptor gui, and Cryptovolans were all the same dinosaur—likely at different ages and developmental stages.

Extinction – When Did it Die Out?

As with any dinosaur, it’s hard to say what caused their extinction with any certainty. However, there is no indication that the Microraptor went extinct before the mass extinction event at the end of the Cretaceous period, approximately 66 million years ago.

Scientists are unsure of what caused this exactly. Still, many speculate that it was a giant comet or asteroid colliding with the earth. This caused mass changes to the entire planet’s ecosystem and environment. For example, a lingering impact of winter caused photosynthesis to halt among the plants and plankton. This snowball effect led to three-quarters of plants and animals going extinct.

Similar Animals to the Microraptor

Similar dinosaurs to the Microraptor include: 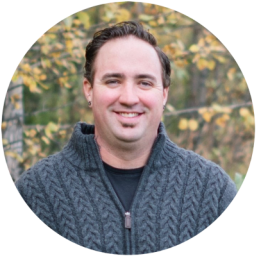 If Shea could leave the world behind and live in the wilderness, he would. Instead, he settles for paying the bills by writing about the outdoors and its inhabitants. He's passionate about words and the power they have to paint a picture of the world around us. When he's not writing, you'll likely find him passing his love of the outdoors onto his children and teaching them about the creatures we share Earth with.

According to several hundred different specimens, the fossil dating puts the Microraptor in the early Cretaceous period, approximately 125 to 120 million years ago.

How big was the microraptor?

Scientists estimate that the Microraptor would have been 2 to 3 feet long and typically weighed less than 3 pounds, according to recovered specimens.

Could the microraptor fly?