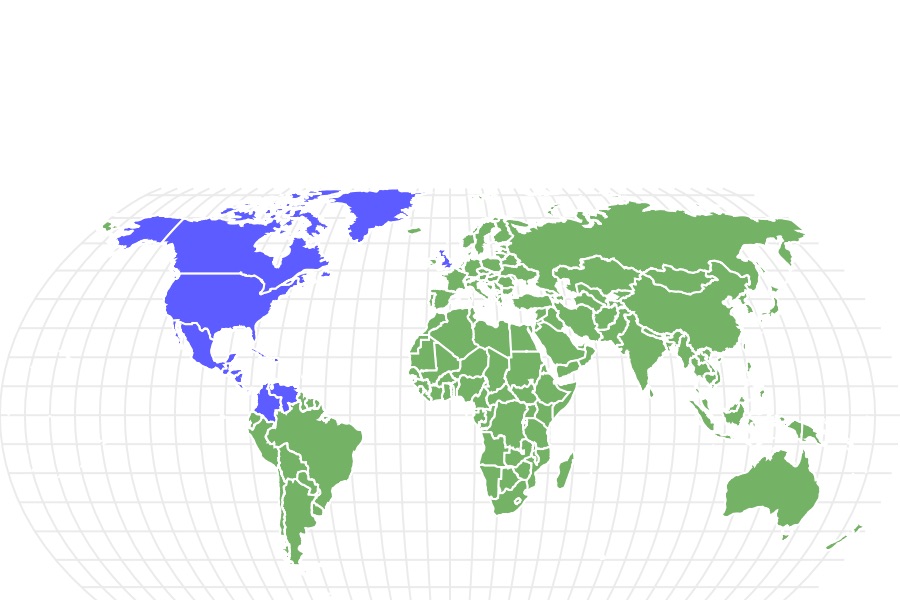 View all of our Chestnut-Sided Warbler pictures in the gallery.

View all of the Chestnut-Sided Warbler images!

“Their songs are musical and emphatic.”

The chestnut-sided warbler thrives in regrowing forests and thickets, foraging on saplings while singing a pleasing and exciting melody. Look for their raised tail on the outer branches of small trees, and listen for their unmistakable songs. These birds are exciting to view and study from their crisp coloring to their flitting and hopping movements. Learn more about the fascinating chestnut-sided warbler!

Where to Find the Chestnut-Sided Warbler

The chestnut-sided warbler lives in over 20 countries, including Canada, the United States, Mexico, Cuba, and Costa Rica. These birds are migratory and spend their winters in the tropical areas of Central America and the West Indies, then return to the far north in Canada and the United States for breeding. It seeks out places of regeneration, such as young deciduous forests and thickets once disturbed by flooding, hurricanes, fires, and logging.

They move into these breeding environments a few years after a disruption such as a forest fire at their previous nesting site. Due to the impermanence of these habitats, the chestnut warbler doesn’t stay in one place for more than ten years. Migrants are not as picky and will inhabit any wooded or shrubby habitat, including mature forests. Those wintering in Central America prefer shady coffee plantations, scrubby, and mature wet forests.

If you’re looking for chestnut-sided warblers, stay around the edges and clearings of disturbed sites, and look for young deciduous trees. Listen for their emphatic songs and look for their raised tails and dropped wings, often near the outer branches of small trees. They may also be lower to the ground than other warblers.

Their nests are also low to the ground in deciduous trees like maple and shrubs or tangles like blackberry. Most of them are on top of dense branches. Females loosely construct their open-cup nests with bark, weeds, grasses, delicate plant matter, and animal hair, then it’s secured with spider silk. On average, its diameter is 2.8 inches, with a height of 2.6 inches. The inner cup is two inches across and 1.5 inches deep. You won’t find their nests near urban or suburban areas.

The Setophaga pensylvanica is a New World warbler, a group of small, colorful Passerine birds restricted to the New World. Its genus is Ancient Greek; Setophaga means “moth,” “eating,” and Pensylvanica means “Pennsylvania.”

These warblers are slim with long tails and crisp coloring. They are between 4.7 and 5.5 inches long, which is a little smaller than a sparrow, and they have a 7.5 to 8.3-inch wingspan. They weigh between 0.4 to 0.5 ounces. Breeding adults are gray and white with chestnut sides and yellow crowns with black face markings. Males are typically more lavishly marked with more defined lines than females. Their non-breeding plumage is bright green with white inner margins, two wing bars, and grayish underparts.

The chestnut-sided warbler flits and hops on small branches while raising its tail and lowering its wings. They behave differently depending on their environment. Wintering warblers tend to be more social and tolerant of other birds but remain solitary in different situations, especially when breeding. They form monogamous pair bonds and perform courtship displays to win over their mates. The males raise and spread their tails and wings, then vibrate their feathers. Females are more likely to attach to males who sing their famous accented song versus males who don’t. Once bonded, the female constructs the nest while the male stands guard. Females will run off other females, while males aggressively encounter other males.

The chestnut-sided warbler is a long-distance migrant. They breed in the Northern United States and parts of Canada during spring and summer. They leave in September and migrate to the warm, tropical areas of the West Indies, Central America, and Northern South America. By May, they head back to their northern habitats. You may see them passing through the United Kingdom, Bermuda, and Greenland on rare occasions.

Chestnut-sided warblers primarily eat insects, which they forage from the undersides of leaves, twigs, and other foliage.

What Does the Chestnut-Sided Warbler Eat?

The chestnut-sides warbler eats insects, spiders, locusts, and leafhoppers. Its favorite food is caterpillars and fly larvae, where they glean or pick from the undersides of leaves. They need quick perspective changes to find their prey, often hopping from branch to branch until they see what they want. They eat more seeds and fruit from tropical trees and plants on their wintering grounds, but insects still make up around 90% of their diet.

The IUCN lists the chestnut-sided warbler’s status as “least concern,” meaning they have an extensive range and do not approach “threatened” status. However, this warbler’s population trend is decreasing, but their numbers are so significant, this situation is not causing concern. Like most birds, chestnut-sided warblers are susceptible to incidences that lower their population count. The primary threats to this species include habitat loss, turbines, communication towers, and collisions with glass.

What Eats the Chestnut-Sided Warbler?

Like other warblers, the chestnut species are susceptible to predators like raccoons, squirrels, foxes, crows, garter snakes, and blue jays. When threatened, these birds perform ritualized behavior where they walk in circles, display a sleek posture, sing a defense song, and maybe even chase off intruders.

Once couples bond and the nest is finished, females lay an average of four eggs but can produce between three and five. The females incubate the eggs for 11 to 12 days while the males stand guard and bring food. Once the young hatch, both parents feed the nestlings. 10 to 12 days after hatching, the nestlings leave the nest.

The IUCN estimates its global population to be around 18 million mature individuals. However, they are going through a moderate decline. Their numbers have declined by 5% over the last ten years, although this is not significant. They are primarily decreasing due to habitat loss on their breeding grounds.

Does the chestnut-sided warbler migrate?

These warblers are long-distance migrators that winter in Central America and breed in the Northern United States and Canada.

How many eggs does the chestnut-sided warbler lay?

They lay three to five eggs at a time and produce one to two broods.

What time of year is best for finding the chestnut-sided warbler?

You can often find these warblers in young woodlands and overgrown fields during spring and fall.

How big is the chestnut-sided warbler?

They are typically between 4.7 and 5.5 inches, a little larger than a kinglet but smaller than a sparrow.

What color is the chestnut-sided warbler?

They are black and white with chestnut sides, a yellow crown, and black face markings. The males are more heavily marked than females. Nonbreeding chestnut warblers are more of a lime green color with white eyering.

What does the chestnut-sided warbler eat?

The chestnut-sided warbler mainly eats insects like caterpillars and fly larvae but will also consume spiders, locusts, moths, and berries.

What threatens the chestnut-sided warbler?

Chestnut-sided warblers face habitat loss on their breeding grounds, causing a slight decline in their population.

How long does the chestnut-sided warbler live?

Not enough research about their lifespan exists. Most warbler species only live for a few years, but it’s possible for a chestnut-sided warbler to live at least six years in the wild.

How does the chestnut-sided warbler mate?

Males perform courtship displays by raising and spreading their tails and wings and vibrating their feathers. Once a pair forms a bond, they mate for life.