The dodo was a completely flightless bird. Click through all of our Dodo images in the gallery. 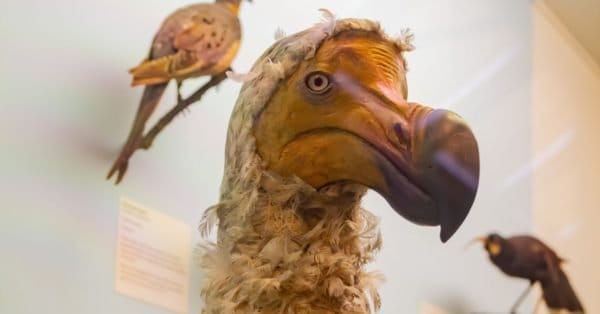 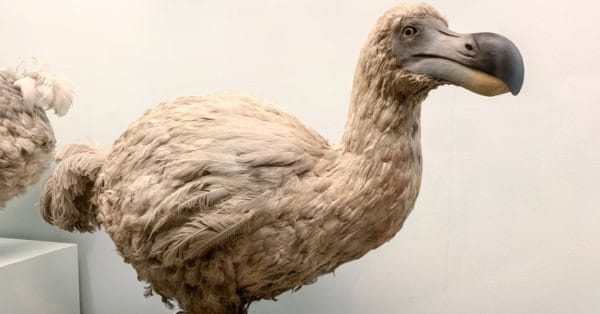 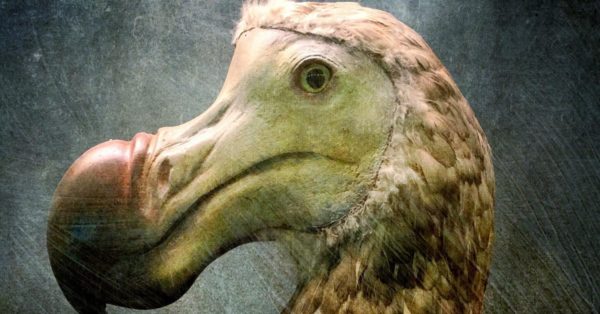 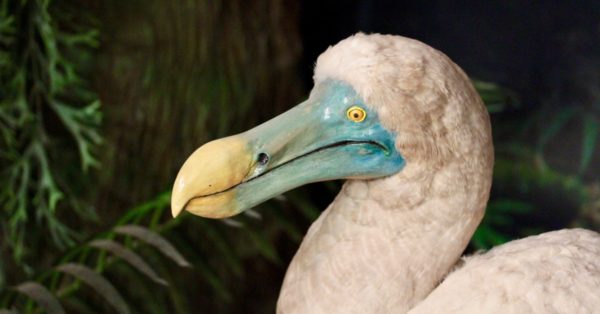 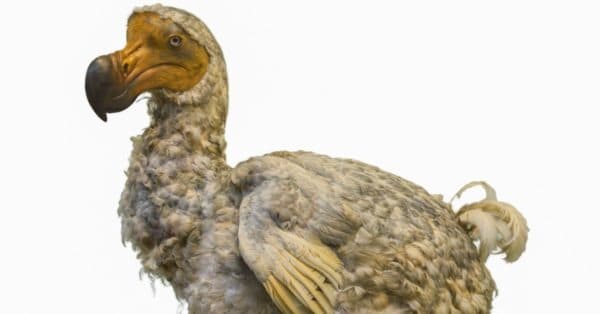 View all of the Dodo images!

First discovered in 1598 by European sailors, the large, flightless dodo has since become a sort of byword for clumsiness and backwardness.

But despite its reputation, the dodo bird adapted over millions of years of evolution for the tough environment of Mauritius. If anything doomed the dodo, it was an unfortunate victim of circumstance. After years of merciless hunting from humans and introduced species, the dodo went extinct by around 1688. Most of what we know about the dodo comes from contemporary accounts and modern studies of its anatomy. A few specimens were brought back to Europe, which inadvertently helped to preserve the bones and soft tissue for study.

Where to Find the Dodo Bird

When it was still alive, the dodo bird lived a solitary existence on the island habitat of Mauritius in the Indian Ocean about 500 miles directly east of Madagascar. At the time, Mauritius was heavily covered in forests, so it is very likely that the dodo was adapted for life around dense foliage. The island was completely uninhabited by the time European sailors arrived, so it is possible they were the first humans to ever catch sight of a dodo.

Based on contemporary accounts, the dodo built its nest on the ground and surrounded it with grass. This also made them very vulnerable to feral mammals introduced to the island.

The scientific name of the dodo is Raphus cucullatus. This scientific name is derived from the Latin word cucullus for hood, perhaps a reference to the cowl-like head. The dodo was closely related to the solitaire birds of Rodrigues and Reunion, residing to the east and west of Mauritius. These species went extinct around the same time as the dodo. Most taxonomists consider the dodo to be a member of the family Columbidae with pigeons and doves, but others place it within separate classifications entirely.

Based on reconstructions of its anatomy, it becomes instantly clear that the dodo has a similarly large, plump body shape as the turkey or chicken. It also has long legs, curly tail feathers, bare yellow feet, strong claws, and a featherless head. The short, undeveloped wings were obviously too small to support the body in flight, but they may have been used to maintain balance at top speeds. The big hooked beak, which was gray near the face and yellow or green toward the rounded tip, may have played an important role in hunting prey or resolving conflicts with other dodos.

Sailors gave conflicting facts about the dodo’s color. At different times, they mentioned that it was black or grey. But this may have been no contradiction at all, since a modern study has revealed that the dodo most likely sported a brown-grey plumage, which became black while molting. This bird probably stood some 3 feet tall and weighed up to 50 pounds. The beak alone was some 9 inches long.

Most of the dodo’s unusual characteristics can be attributed to its isolation. With no known predators, the dodo gradually became bigger in size and lost its ability to fly. The rest of the body then adapted to compensate for the flightlessness. Although it could run rather quickly, this species had few particular defensive adaptations, either physical or behavioral, and nested right out in the open. This left it completely exposed and vulnerable upon the arrival of settlers.

Not a whole lot of information was ever recorded about this bird’s diet. Most of what we know is based on a single description, plus modern inferences from its anatomy.

What does the dodo eat?

The dodo most likely ate fruits, nuts, seeds, and roots. It’s also been suggested that they may have eaten crabs and other shellfish, but nothing about this has been definitely proven. Reports indicate that the dodos may have consumed stones and iron to ease digestion and grind up food. This unusual behavioral quirk is actually common among many animals.

Dodo: The Bird’s Predators and Threats

Until the arrival of people, these birds were almost completely free of predatory pressures of any kind. The isolation of its island habitat, which was too far out at sea to reach for predatory mammals and reptiles, was its main means of protection. it was also known to deliver a rather fearsome bite to anyone who wandered too close. This doesn’t mean you should underrate the dodo’s tenacity, however. Mauritius, by most accounts, was a tough place to live thanks to volcanic activity and frequent cyclones.

What eats the dodo?

Unaccustomed to predation, these birds made a very easy target for settlers, which killed them in large numbers and saved what they didn’t eat immediately for later. Reports indicate that the sailors could wander right up to the birds and club them to death. But what probably sealed its fate was the introduction of deer, pigs, rats, cats, and monkeys, who preyed mercilessly on the exposed eggs or trampled the nests.

Since this bird went extinct before the rise of modern scientific methods, very little is known about the reproductive habits of the dodo.

Contemporary observers wrote that it would produce only a single egg at a time, probably because it was under no particular predatory stress to produce more. Based on studies of its bone structure, one scientific study suggests that the chicks most likely hatched in August and then grew very quickly. This is perhaps because the chicks needed to develop into adulthood before the cyclones arrived between November and March and battered the island. The cyclones most likely reduced the availability of fruits and other vegetation. Based on very rough estimates, the bird may have lived for more than 20 years in the wild.

These birds probably went extinct shortly after the last sighting in 1688, about 90 years after it was first discovered. The population was likely not high, to begin with, but the onslaught of new threats eventually led to its demise. Some scientists have suggested the possibility of reviving the dodo with the few fragments of DNA that still remain from the leftover soft tissue. This plan would require using a pigeon as a surrogate mother. But some scientists consider this to be impractical and unlikely to work.

View all 28 animals that start with D

Are Dodos herbivores, carnivores, or omnivores?

Dodos are Omnivores, meaning they eat both plants and other animals.

Does the dodo migrate?

The dodo did not ever migrate from the small island of Mauritius. In fact, it was almost completely incapable of flight.

How many eggs does the dodo lay?

The dodo laid only one egg at a time. It’s not known whether the dodo could produce twins.

How fast does the dodo fly?

The dodo could not fly, but it could run rather quickly.

What is the dodo’s wingspan?

The dodo seemed to have a wingspan of nearly 2 feet, but the wings were somewhat reduced and retained their juvenile features.

When do dodos leave the nest?

One study suggested that the dodo left the nest in a matter of months before the arrival of the destructive cyclone season.

What type of animal is a dodo?

The dodo is a type of flightless bird. Even though it has evolved in a unique manner to cope with the challenges of the island habitat, scientific classifications place the dodo in the exact same family and order as the pigeon and dove. But not every taxonomist subscribes to these classifications. Some believe that the facts of the dodo’s physiology and behavior warrant placing them in a separate family.

When did dodo birds go extinct?

The last known sighting occurred in 1688, but it’s possible that the dodo may have survived for several more years before it went completely extinct.

How did the dodo go extinct?

The dodo became extinct partly due to human hunting but also because the eggs were preyed upon or destroyed by many introduced non-native species.

How big were dodo birds?

The dodo was probably about 3 feet tall and weighed around 50 pounds. Its beak also stretched some 9 inches long.

Where did dodo birds live?

Dodos lived exclusively on the island of Mauritius to the east of mainland Africa.

What Kingdom do Dodos belong to?

Dodos belong to the Kingdom Animalia.

What phylum to Dodos belong to?

Dodos belong to the phylum Chordata.

What family do Dodos belong to?

Dodos belong to the family Columbidae.

What order do Dodos belong to?

Dodos belong to the order Columbiformes.

What genus do Dodos belong to?

Dodos belong to the genus Raphus.

What type of covering do Dodos have?

Dodos are covered in Feathers.

What was the main prey for Dodos?

What are some predators of Dodos?

Predators of Dodos include humans, cats, and dogs.

What are some distinguishing features of Dodos?

Dodos have hooked beaks and are unable to fly.

How many babies do Dodos have?

The average number of babies a Dodo has is 1.

What is an interesting fact about Dodos?

Dodos are native to the island of Mauritius!

What is the scientific name for the Dodo?

The scientific name for the Dodo is Raphus cucullatus.

What is the lifespan of a Dodo?

What is the lifespan of a Dodo?