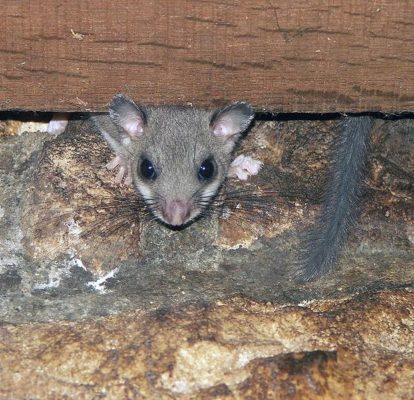 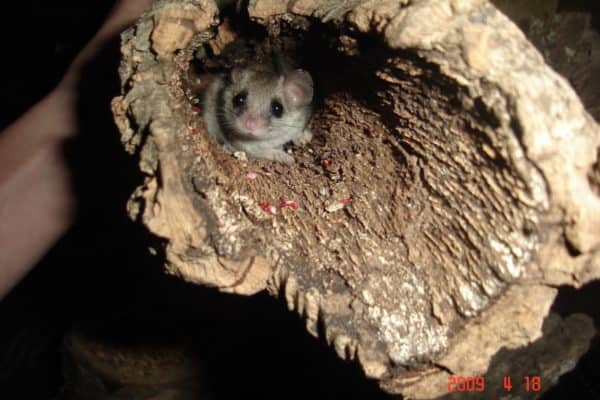 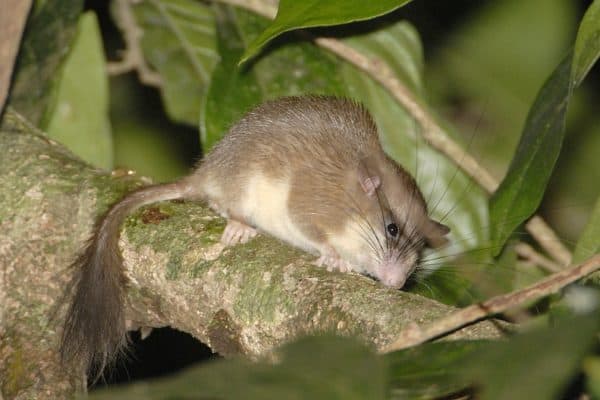 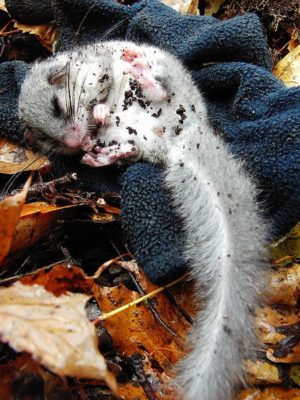 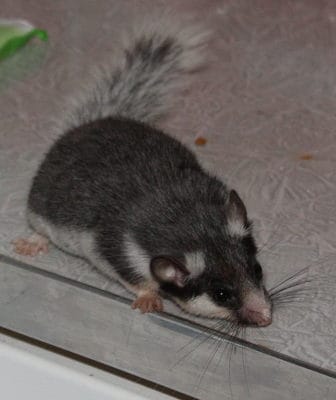 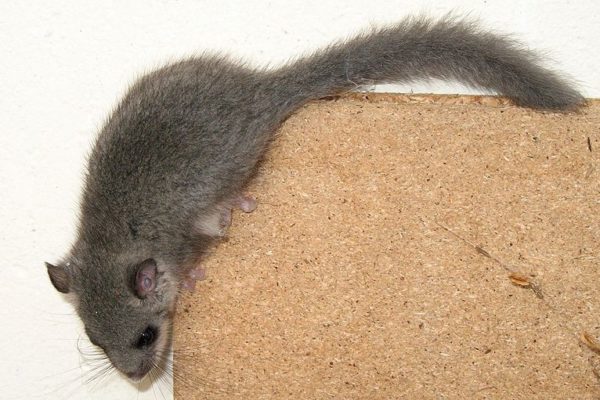 “The dormouse spends much of the year isolated in hibernation.”

A lifestyle of hibernation has become this creature’s most well-known trait. In fact, throughout the world, the animal is practically synonymous with sleepiness and indolence. But the opposite is also true. After emerging from its hibernation for the winter, the dormouse is an active and incredibly athletic creature. These physical adaptations for speed and acrobatics help the dormouse avoid predators and find food.

The dormouse is classified as a family of rodents that goes by the name of either Gliridae or Myoxidae. There are currently almost 30 living species of this animal spread all around the Eastern Hemisphere, inhabiting nine different genera. Another 30 or so extinct species are known from the fossil record.

Despite the family name, the dormouse is not part of the true mouse lineage, but it is more like a distant cousin to the squirrel group. Dating back to around 50 million years, it is one of the oldest recorded groups of rodents currently known and documented.

With its rounded ears, thick fur, and big black eyes, this creature has a small, mouse-like appearance. The one feature that really distinguishes it from the true mouse (with only a few species excepted) is the presence of the big, bushy, almost squirrel-like tail. Its proper coloration is usually some variant of gray, brown, or white, sometimes mixed with dark stripes or facial markings. It also has pink-colored skin showing around the nose and feet.

Like other rodents, the dormouse’s skull arrangement is well-adapted for gnawing and chewing. This is combined with sharp and curved claws for digging and foraging. It has four digits on the forefeet and five on the hind feet with soft toe pads adapted specifically for climbing.

This animal’s family varies widely in size. The smallest species is the Japanese dormouse with a 3-inch body and a 2-inch tail. The largest species is the edible dormouse with a 7.5-inch body, a 6-inch tail, and a weight of approximately 6 ounces. For comparison, this is nearly the size of a squirrel. The very common hazel dormouse resides somewhere in between the two extremes.

This animal is known most of all for its epic ability to sleep long periods of time. For species living in temperate climates, it accumulates huge stores of fat during the warm months and then hibernates for the entire fall and winter, occasionally waking to eat the food it has stored in its home. This behavior is not unique to this creature, but the sheer length of its hibernation is truly prolific and noteworthy. The species that live in hotter, southern climates tend to have long periods of low activity instead of outright hibernation.

Despite its rather lethargic behavior, the dormouse is actually a fast and agile creature with an excellent ability to climb up obstacles such as trees and rocks to escape predators or hunt for food. Most species have adaptations for an arboreal lifestyle, while others live along the ground in open areas and ecosystems. As a nocturnal animal, it primarily comes out at night to hunt. Its remarkable sense of hearing is its main means of sussing out sources of food and potential danger.

The dormouse is a bit of a loner, but it will gather together with other members of its species for breeding and family rearing. It also has the tendency to hibernate with several other dormice in the same burrow. It has various vocalizations to communicate with others, including whistles, shrieks, and chirps. It may also communicate through body language and scent.

The dormouse will construct a suitable nest in whatever well-protected location it can find: trees, rocks, burrows, abandoned nests, and even beehives. It is not picky about its living quarters. It can build a nest out of moss, bark, vegetation, and whatever else it finds. The male dormouse has a natural territory and will fiercely defend it from incursions by other dormice. The female too has a territory, though it’s far less aggressive about who shows up. The dormice use secretions to mark their territory from outsiders.

The dormouse has a large distribution across Europe, Asia, and Africa, stretching between Spain in the west and Japan in the east, from Sweden in the north to sub-Saharan Africa in the south. Some of the most common species can be found across the heart of Europe.

The family inhabits an impressive number of habitats, including rainforests, deciduous forests, deserts, savannahs, and shrub lands. The animal prefers to live near river banks and rocky outcrops and hide from predators in dense vegetation. The sheer adaptability to a wide range of habitats makes the dormouse common across much of the Eastern Hemisphere (though it never radiated out to the Western Hemisphere). The dormouse has even thrived in the presence of human populations such as homes, buildings, gardens, and even some agricultural areas.

Although precise population numbers are unknown, the dormouse, as a family, is in relatively robust health, facing very few significant threats. However, several other species, including the Baluchistan forest dormouse in Pakistan, the mouse-tailed dormouse in Turkey and Bulgaria, and the garden dormouse endemic throughout Europe, are all near threatened or vulnerable to extinction with populations decreasing. The population of the hazel dormouse numbers is also dwindling in the United Kingdom. What’s needed to bolster population numbers is better management of forests and regions of denser vegetation in which they thrive.

The dormouse is an omnivorous animal. Its diet primarily consists of insects, fruits, nuts, flower, and even some small bird eggs. If the animal is particularly hungry, then it is not entirely uncommon for a dormouse to eat one of its own, particularly a male rival. Its climbing and digging ability enable the dormouse to find food wherever it may reside. Because of its diverse palate, the dormouse diet will vary based on species and local food selection.

Because of its small size and relative lack of defenses, the dormouse is vulnerable to many different predators. One of the most common threats is large birds such as hawks, owls, and falcons, which can swoop down from above at any time and quickly kill the dormouse. It is also vulnerable to carnivorous mammals, including foxes, weasels, and less frequently wild boars, which can dig directly into holes and burrows in which the dormouse may be residing.

The dormouse’s main means of defense is, of course, its speed and agility. The powerful bite and sharp hissing sounds serve as a last line of deterrence for a cornered dormouse. The creature also has the ability to regenerate a tail caught and detached by a predator. Though active during spring and summer, the dormouse is quite vulnerable while hibernating for the winter.

Like other rodents, the dormouse is often considered by humans to be a pest and a carrier of diseases. Many of them are killed in traps by wary people trying to get rid of them. The dormouse is also facing risk from the destruction of forested habitats, which eliminates much of its natural home.

After emerging from hibernation, the dormouse will breed once or twice a year at various intervals. This usually takes place during the spring and summer months, depending on the species. Not too much is known about dormouse mating behavior, but it is believed that the creature is polygynous, meaning that a single male will mate with multiple females but the females will only mate with a single male. The reason why scientists believe this is that males have been observed to fight with each other for potential mates. This aggressive behavior may indicate fierce competition for access to reproductive rights, as males hoard females.

Once a pair copulates, the female dormouse typically produces up to 10 offspring per litter once or twice a year. The young pups are born after three to four weeks of gestation typically with their eyes shut and no hair present. The mother provides both sustenance and protection during this first critical stage of life, and she will construct much of the nest herself. The males probably leave shortly after copulation to seek out more mates and do not participate in child-rearing duties.

The young dormouse develops relatively quickly before winter sets in. It takes about three weeks before the young mice open their eyes for the first time. Four to six weeks will pass before they are fully weaned and ready for full independence. A dormouse will become sexually mature after about a year. The typical dormouse species lives three to five years in the wild, though longer in captivity. The edible dormouse has been known to live up to 12 years, perhaps because they’re more focused on survival than breeding. However, many individuals fall prey to carnivorous animals before they can die of natural causes.

What is a dormouse?

The dormouse is a type of rodent that resembles a mouse. However, it is actually part of an entirely different taxonomical family from the mouse. The dormouse and the common mouse last shared a common ancestor more than 50 million years ago. This means their different lineages split off around this time and evolved on their separate ways, probably never exchanging genetic material since. That is a long time to remain separated. For comparison, many early primate lineages probably split off some 50 to 70 million years ago.

What do dormouse eat?

The dormouse is an opportunistic omnivore, splitting its diet between meat, such as insects and eggs, and plant matter, such as fruits, nuts, and flowers.

Where do dormouse live?

The dormouse lives in trees, burrows, holes, logs, and other small enclaves in some forests, shrub lands, and similar regions. Despite its wide distribution around Europe and Asia, the secretive dormouse is not always a common sight.

The origin of the name dormouse is currently unknown. It is believed that the name derives from another language — possibly old French, but also perhaps Norse — for a word meaning sleep or rest.

Can a dormouse be a pet?

The dormouse can be kept as a pet just like a mouse or gerbil. However, due to its rather shy nature, it might not be as keen on interacting with its owner as other common pets. The dormouse also may have specific needs different from other rodents.