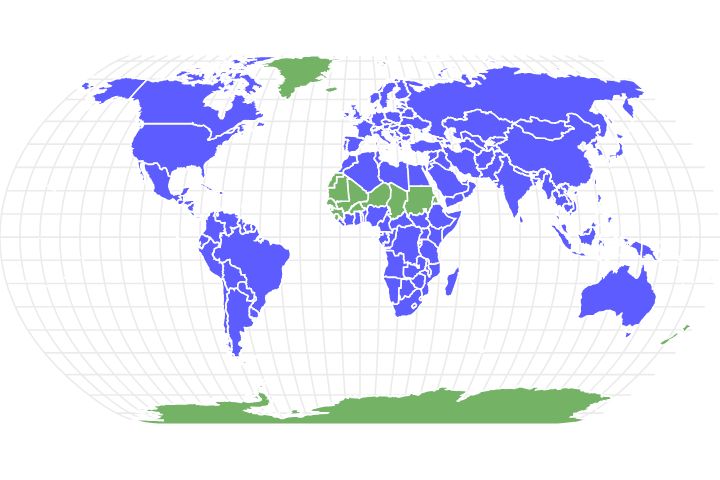 View all of our Barn Swallow pictures in the gallery.

View all of the Barn Swallow images!

“Most widespread swallow species in the world”

The barn swallow is a passerine bird. Passerine birds are also referred to as “perching birds” and have three toes that point forward and one toe that points backward. Barn swallows are vibrantly colored and very appealing to bird watchers and enthusiasts.

These are some interesting facts about barn swallows.

Where to Find Barn Swallow

These birds can be found in many parts of the world. They inhabit Nearctic, Palearctic, and oriental regions as well as Asia. They live in a temperate climate and prefer open land areas with some type of water source nearby. Their natural habitat includes grasslands, shrublands, wetlands, and savannas. They also frequently dwell in urban areas and other areas populated by humans. They enjoy parks, meadows, fields, and ponds. In the winter, the best place to find these birds is within South America, where they migrate during colder months. In the spring, you may find them nesting in parts of Central America. You can spot barn swallows flying low over fields and water, foraging for food.

It is possible to attract these beautiful birds to your yard by creating a special house, or nest box. Making a birdhouse can be fairly simple. One of the most important facts to keep in mind is that barn swallows need a source of mud to build their nests. When you make the house or nest box, you should attach it to a building where it can be sheltered. You should also make sure to put the nest box up high enough to avoid giving predators easy access to the eggs. If you are installing more than one of these boxes, space them out at least five feet apart so different pairs aren’t in too close proximity.

These birds take their time to choose an ideal spot for their nesting structures. They pick a place that is both sheltered and up high. Common nesting places are barns and sheds. They may use the inside of the building or the outside, under the roof’s overhang. They also utilize bridges and other buildings constructed by humans. They may even make a nest on the outside of your house. These birds build their nesting structures out of mud. The male and female work together to build the nests. These nesting structures are cup-shaped and lined with grass and feathers.

The barn swallow’s scientific name is Hirundo rustica. Sometimes referred to only as swallows, these birds are members of the Hirundinidae family. This family belongs to the Aves class which consists only of birds. The name is of Greek origin. Hirundo is defined as “swallow” and rustica means “of the country”.

There are six universally recognized subspecies of the barn swallow. They include Hirundo rustica rustica, H. r. transvita, H. r. savignii, H. r. gutturalis, H. r. tyleri, and H. r. erythrogaster. Two other species, H. r. mandschuria and H. r. saturata, are recognized by some but are not fully accepted by others.

The head and dorsal sides of the bird’s body are blue. The belly or underside is beige or white. The chest and forehead of the barn swallow is an orange or cinnamon hue. The long, forked tail feathers range from gray to black. Males tend to have brighter hues than females and are larger in size. They have longer tail feathers than females as well. The length of a barn swallow can be between 15 and 19 centimeters and it weighs 17 to 20 grams.

The bird’s wingspan is 29 to 32 centimeters. The average wingbeat rate is 5 to 9 beats per second. Barn swallows are endothermic which enables them to be adaptable to different climates during migration. They use vocalizations and body language to communicate with each other.

These birds migrate for winter, which also happens to be when they are preparing for mating. They migrate long distances, spending the cold season in South America, South Asia, Indonesia, and Micronesia. In the spring, they migrate to places such as North America, Northern Europe, Japan, North Central Asia, the middle east, and North Africa to mate and breed. They follow this migration pattern annually.

These birds are carnivores. Insects make up a large portion of the bird’s diet and are their main prey. Barn swallows eat mostly flying insects but will eat other non-flying bugs as well. They fly low over the water to drink.

What does the Barn Swallow eat?

These birds primarily eat a variety of flying insects including many types of flies as well as beetles, bees, and wasps. They also feed on moths, butterflies, and dragonflies.

These birds face threats from natural predators and environmental factors. Habitat loss due to advancements in agriculture is one of the biggest problems they face. Other dangers posed to these birds include climate change, pollution, and pesticides. Humans contribute to all of these problems therefore, they are the biggest threat to barn swallows. The IUCN red list of endangered animals categorizes them as a Least Concern species.

Birds of prey such as falcons, hawks, and owls are the primary predators of adult barn swallows. Some birds that commonly hunt and eat mature barn swallows are the cooper’s hawk, red-tailed hawk, Eurasian sparrow hawk, and eastern screech owl. Eggs and hatchlings have a large array of other predators. Snakes, raccoons, cats, bullfrogs, and rats are some animals that prey on the eggs and hatchlings.

These birds breed through sexual reproduction. The courting behavior of these birds generally includes the pair participating in a dance-like air chase. The male will also “sing” songs to his partner and they will groom each other’s feathers. They mate while perched. The female will lay three to seven eggs around springtime, between April and August in Northern regions. In southern regions, mating may begin as early as February and end as late as October. The male will help incubate the eggs and will also protect them.

The eggs hatch within 12 to 17 days, 15 days on average. The hatchlings are born artrical, meaning they are helpless, naked, and blind and greatly need parental care. The male, older chicks, and unrelated juveniles will help feed and care for the new chicks. At about 20 days old, the chicks fledge and can start learning to fly. Within a week from fledging, they are ready to leave the nest and be independent. The bird starts molting in the winter and it occurs yearly. Their expected lifespan is four to eight years, though the oldest known barn swallow lived to be ten years old.

The total estimated population of these birds in the wild is between 290 million and 487 million. 58 to 97.4 million of that total is accounted for in Europe. Though widespread, the barn swallow population is decreasing. Since the decline is not rapid, barn swallows remain in the “least concern” category.

Does the barn swallow migrate?

How many eggs does the barn swallow lay?

The barn swallow lays between 3 and 7 eggs.

How fast does a barn swallow fly?

What is a barn swallow’s wingspan?

A barn swallow’s wingspan ranges from 29 to 34 centimeters.

When do barn swallows leave the nest?

What is a barn swallow?

A barn swallow is a type of passerine bird.

Are barn swallows good to have around?

Barn swallows can be good to have around because they help control pests.

Male barn swallows can be aggressive, but this behavior is because they are defending their territory, their young in nests, and their mates.

Do barn swallows come back to the same nest?

Barn swallows will sometimes come back to the same nest and use it again.

How do you get rid of barn swallows?

Some methods to get rid of barn swallows include owl scarecrows and bird netting or spikes.

What are the differences between a sparrow and a swallow?

The main difference between sparrows and swallows is that swallows are thin and streamlined, build nests of mud, and hunt insects in the air, while sparrows are shorter and stockier, build nests of vegetation, and eat mostly seeds.

Sparrows and swallows are both relatively common birds than can be found across the United States. In fact, both of these birds are found worldwide, with the distribution of the swallow even extending into parts of Antarctica during certain seasons.

What are the differences between the cliff swallow and the barn swallow?

There are a number of differences between the cliff swallow and the barn swallow, which include size and appearance.