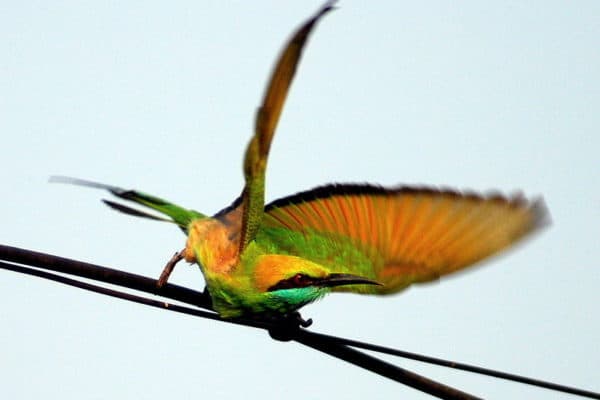 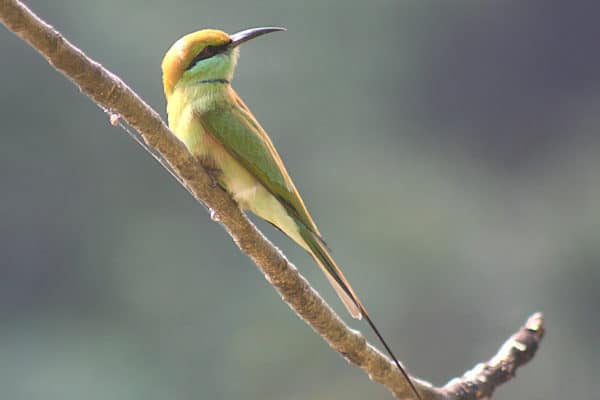 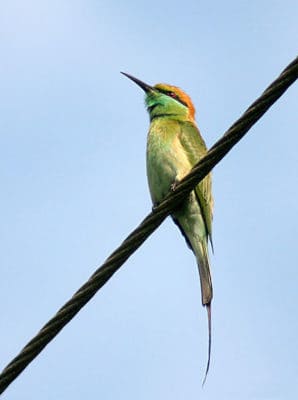 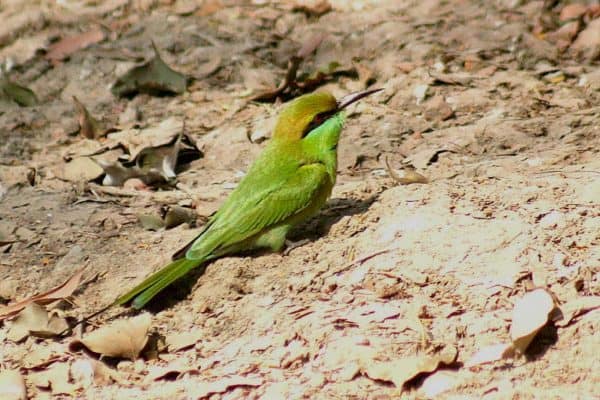 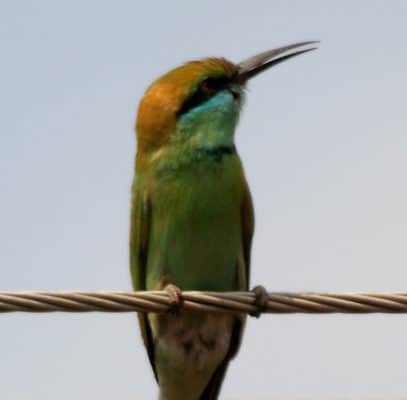 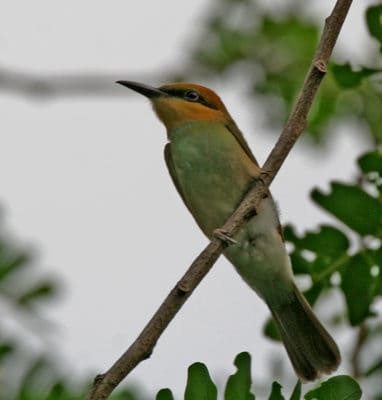 The green bee-eater is found on grasslands and in open forests on both the African and Asian continents, and is widely distributed across sub-Saharan Africa from Senegal and Gambia to Ethiopia, the Nile valley, western Arabia and Asia, from India to Vietnam. In Asia, the green bee-eater is usually seen on the lowland plains but these colourful litter birds can sometimes be found up to 6000 feet in the Himalayas.

The green bee-eater is known to be a slow starter in the mornings and may be found huddled next to one another with their bills tucked in their backs well after sunrise. The green bee-eater is also known to sand-bathe more frequently than other bee-eater species and will sometimes bathe in water by dipping into water in flight. Green bee-eaters are usually seen in small groups and often roost communally in large numbers of up to 300 birds.

Green bee-eaters nest between May and June in tunnels dug into the sandy banks. Females lay an average of 5 small, glossy, white eggs which are incubated for two weeks by both the breeding pair and others that have come to help. The green bee-eater chicks are cared for by their parents until they fledge (leave the nest) before they reach a month old.

Today, the green bee-eater is classified as a species that is in the least danger of immediate extinction in the wild. However, the decline in both their native habitat and bee population numbers around the world could have devastating consequences for this plucky little bird.

View all 41 animals that start with G