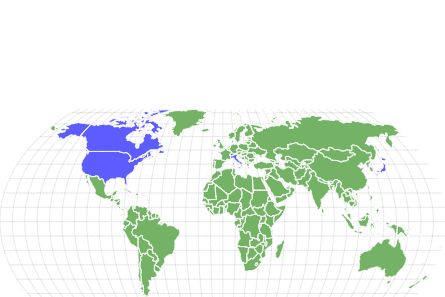 View all of our Japanese Beetle pictures in the gallery.

View all of the Japanese Beetle images!

Japanese beetles can be found in many places around the world, but they are only actually native to parts of Japan.

Acting as foragers, these insects eat a broad diet of plant life (including fruits), so it is quite easy to make them feel at home. However, since they are an invasive species to the United States, Canada, and other parts of the world, there are widespread efforts to minimize the population with pesticides and protective measures.

Here are a few interesting facts about the Japanese beetle:

Right now, there are no subspecies or other types of Japanese beetles that the scarab is broken down into.

Appearance: How to Identify Japanese Beetle

The colorful exoskeleton of the Japanese Beetle is the most notable feature, combining a vibrant green with a luminous copper hue. Their exoskeleton is hard, typically measuring between 10 and 12 mm, and its bronze wing covers conceal strong wings. However, the largest Japanese beetles can get to 15 mm in length. The wing covers have their own name – elyptra – and they conceal the wings while they aren’t in use.

When the Japanese beetle is still a larva, they are white and soft grubs. However, their head is still distinctly brown, and all three pairs of legs are shown. The metallic green doesn’t show up until the young becomes an adult.

Japanese beetles are not often found alone. They tend to group together in a group, which is typically found in swarms. Many countries have worked to eradicate the beetle, as it is highly destructive to plant life. To defend itself, the beetle primarily protects itself underground, but that doesn’t stop other insects (like spiders, ants, and beetles) and mammals (like cats, moles, and raccoons) from eating them. Sometimes, they are even hunted by wild birds (like robins and cardinals).

Habitat: Where to Find Japanese Beetle

Originally, the Japanese beetle is natively found in southeast Asia, but that’s hardly the only place it lives. In the United States and Canada, it has been an invasive species since 1916. Researchers believe that a shipment of iris bulbs contained the larvae of the beetles at the time, considering that imported goods did not go through the same inspections as they do now.

Part of the reason that Japanese beetles are so incredibly versatile is that it is relatively easy for them to find nourishment. They’ll look for habitats that have plenty of foliage, which means that they survive just as well in areas with forests as they do in cities with small gardens.

Their life cycle takes them through many stages. When they are just eggs, they remain underground. After the male and female beetles mate, the female will go underground to lay the eggs. Typically, they do not become larvae (or grub) for several weeks. Without proper control measures, the adult can damage plant life in the area.

Diet: What Do Japanese Beetle Eat?

The Japanese beetle only eats plants, but they will eat whatever plant life is available around them. They prefer to eat the leaves from trees and shrubs, but they also indulge in grass and nursery plants. Some adults will feed on fruit as well, like grapes, cherries, and peaches. Other typical foods include soybean, hibiscus, dahlia, horse chestnut, and sassafras.

The larva of the Japanese beetle exclusively goes after grass and similar plants. They also eat the roots that they find underground when they are in the grub stage of their life cycle.

Though the Japanese beetle has the ability to eat almost anything, there are still a few toxic plants that they stay away from – and they are the same plants that humans avoid as well. Larkspurs and castor beans are quite poisonous, though white roses, marigolds, and lighter zinnias are toxic to this beetle as well.

Prevention: How to Get Rid of Japanese Beetle

As beautiful as these beetle can be, they cause a lot of damage wherever they end up. They often cause the biggest issue for gardeners, but there are many ways to eliminate them. If there are only a few, they can be hand-picked from leaves and placed into a cup of water with soap to eliminate them. While the beetles won’t harm you, some people prefer to use gloves.

Organic pesticides can help you to protect your plants from adults, and the pesticides can even be used inside traps. To gain control over the population before it booms, spray the soil with nematodes (which look like small worms) to go after the larvae. Unlike other insects, smelling the dead Japanese beetles will act as a deterrent to others as well, making them ideal for new traps.

What is a Japanese beetle?

A Japanese beetle is a type of scarab beetle, and it is not destructive in many parts of Asia. It has a green head and thorax, complemented by a copper hue on its back. While it is native to Asia, it is invasive in North America.

How many legs does the Japanese beetle have?

The Japanese beetle has three pairs of legs.

How do you identify the Japanese beetle?

The Japanese beetle is most notable for its green head and copper body.

Yes. The Japanese beetle can fly, but it doesn’t have very good eyesight.

What do Japanese beetles eat?

The Japanese beetle will go after any foliage that it can get ahold of. Sometimes, the beetles will also eat fruits, like grapes and peaches.

Though Japanese beetles are not dangerous to humans, they easily destroy any plant life that is in the area. That’s why many people take on pest control methods (like a homemade spray) to control and eradicate them.

What is a natural way to get rid of Japanese beetles?

Using a spray bottle with water and dish soap can be rather effective to deter Japanese beetles. Some people treat the soil in their yard directly to prevent the beetles from developing past their larva state. Traps can also be set up with bug killers, like insecticides.

How do you kill Japanese beetles?

The easiest way to kill Japanese beetles is with insecticide. They cause a lot of damage to gardens and plant life. Local pest control companies often can recommend the right killer for the customer’s needs.

What is the natural enemy of the Japanese beetle?

Japanese beetles have many natural predators. Any animal that goes after beetles in general (like birds and scavenger mammals) will eat a Japanese beetle as a source of protein.

Where do Japanese beetles go at night?

At night, Japanese beetles will go to their nest underground, only going a few inches deep.

What is the difference between a June bug and a Japanese beetle?

What is the difference between a ladybug and a Japanese beetle?

Ladybugs and Japanese beetles have considerable differences in diet, location, color, and prey. For instance, while ladybugs are carnivorous through and through, Japanese beetles are predominantly herbivorous.