The spotted lanternfly is often confused for a moth, but it’s actually a type of planthopper 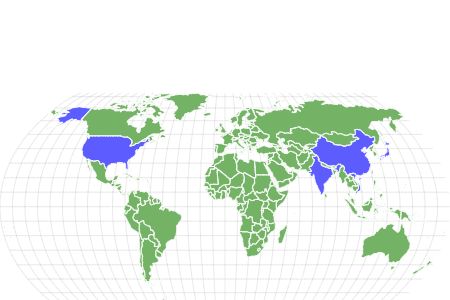 View all of our Spotted Lanternfly pictures in the gallery.

View all of the Spotted Lanternfly images!

The spotted lanternfly is a type of small sap-eating insect that belongs to a group known as the planthoppers. Despite the name, it’s not related to flies at all but instead related to aphids, cicadas, and leafhoppers.

During its complex life cycle, the lanternfly will pass through four distinctive nymph stages before reaching full adulthood at some point in the late summer and early fall. It reproduces for a single season and then passes away. While it remains highly mobile throughout its entire life cycle, only the adult stage actually has wings; it is capable of either hopping or flying to reach its destination. This species is considered to be a highly invasive pest in the United States because they damage plants.

The scientific name of the spotted lanternfly is Lycorma delicatula. Delicatula is thought to mean delicate or dainty in Latin. It belongs to the Fulgoridae family, along with other species of lanternflies.

Appearance: How to Identify Spotted Lanternflies

The adult spotted lanternfly is characterized by two pairs of large wings, measuring about an inch to an inch and a half long, with a pink or tan hue. The upper wings are covered in small black spots about two-thirds of the length, followed by brick or striped pattern at the ends. Both sexes have a yellow abdomen with black stripes, but only the females have a red-colored plate near the end of the abdomen. They also have short orange antennae with needle-like tips.

Whereas the adult is often mistaken for a moth, the nymph stage of the life cycle actually resembles a tick. There are four distinctive nymph stages. The first three stages all look fairly similar to each other with a black body and white spots. By the fourth stage, however, it has developed red markings on its back to complement the white spots. It grows progressively bigger with each stage.

Habitat: Where to Find Spotted Lanternflies

The spotted lanternfly is native to parts of southern China, Vietnam, Taiwan, and India. While it has been found to inhabit more than 70 different species of plants, including fruit trees, ornamental trees, and vines, the adult’s favorite host plant in its native habitat is the tree of heaven. It greatly prefers trees with smooth bark so it can more easily climb and lay its eggs.

Unfortunately, the tree of heaven is considered to be an invasive species in many parts of the world. This has made it possible for the spotted lanternfly to invade habitats such as Japan, South Korea, and the United States. The insect was first sighted in the United States in 2014 (though it may have been introduced even earlier). Berks County, Pennsylvania, just to the northwest of Philadelphia, was the first known location. From there it spread to New York, Delaware, Maryland, NJ, Virginia, and elsewhere.

Both egg masses and adults are sometimes accidentally transported between cities and states on common outdoor items such as firewood, motor homes, and recreational vehicles. Check your state’s quarantine map to find out if the spotted lanternfly is a problem in your area.

Diet: What Do Spotted Lanternfliess Eat?

The spotted lanternfly is an herbivore. While the adults tend to focus on a single host tree, the nymphs are attracted to many different plants, including maples, poplars, apple trees, and grapevines.

What eats the spotted lanternfly?

The spotted lanternfly has few natural predators in the United States. In its native habitat, it is preyed upon by wasps and other insects. Their bad taste and toxic byproduct can act as a form of deterrence to stop most predators.

What does the spotted lanternfly eat?

The spotted lanternfly feeds on the sap of its host tree. When the insects are present in enough numbers, this feeding can put significant stress on its host. It also produces a substance called honeydew as waste, which can attract both pests and mold to a tree. These factors can sometimes combine to significantly damage or even kill its host. Perhaps because they eat sap, they do not have strong mouth parts to bite.

Prevention: How to Get Rid of Spotted Lanternflies

Since the spotted lanternfly is considered to be a harmful invasive species, many places in the United States, including Pennsylvania and NJ, recommend making an effort to control their populations.

When they’re still in the egg stage between the fall and spring, the masses can be easily scraped off trees (or any other surfaces they appear on) with a knife or other sharp-edged instrument. The eggs should be sealed in a plastic bag or placed into a sanitizer or alcohol to destroy them.

Once they hatch, nymphs and adults are much harder to control. They must be individually killed by hand or with an insecticide or chemical treatment. One alternative method is to cut down nearly all high-risk host plants on your property. You can leave a few trees behind to act as traps so you can destroy the remaining populations.

How many legs does the spotted lanternfly have?

The spotted lanternfly has six legs, the same as any other insect.

How do you identify spotted lanternflies?

The adult spotted lanternflies are most often accidentally mistaken for a moth when their wings are extended. The telling characteristic is the tan or pink colored wings with black spots and a kind of striped pattern near the end. Their wings are also folded at rest. The nymph stages look completely different; they kind of resemble ticks. The telling detail is the black or red exoskeleton with white spots.

The spotted lanternfly is not dangerous to humans, and they’re not known to bite, but they can destroy or damage the plants on which they feed.

How do you get rid of spotted lanternflies?

When the spotted lanternfly lays its eggs, you can scrape the entire egg mass off the tree and destroy it. When it has grown into a nymph or an adult, you can kill them by hand or use an insecticide or chemical treatment. If you can afford to, it might be a good idea to remove some of the common host plants from your property or at least leave a few behind to act as traps. The traps will attract the insects so you can apply a chemical treatment or kill them.

The spotted lanternfly is preyed upon by wasps and other insects, but the harsh taste often repels many other kinds of predators, including birds and frogs.

What do you do if you see a spotted lanternfly?

If you live in the United States, there are several things you can do to stop the spread of spotted lanternfly populations. Most states actually recommend killing them on sight. Pennsylvania and NJ have also placed several counties on their map in a lanternfly quarantine zone. Quarantine means some regulations are in place to restrict the movement of certain items, including tree parts, firewood, grape vines, nursery stocks, packing materials, landscaping items, and common outdoor items. Check a quarantine map to see if it applies to your county.

What do spotted lanternflies do to humans?

Spotted lanternflies are actually harmless to humans. They’re not known to bite or sting very often.