They lay their eggs in termite nests! 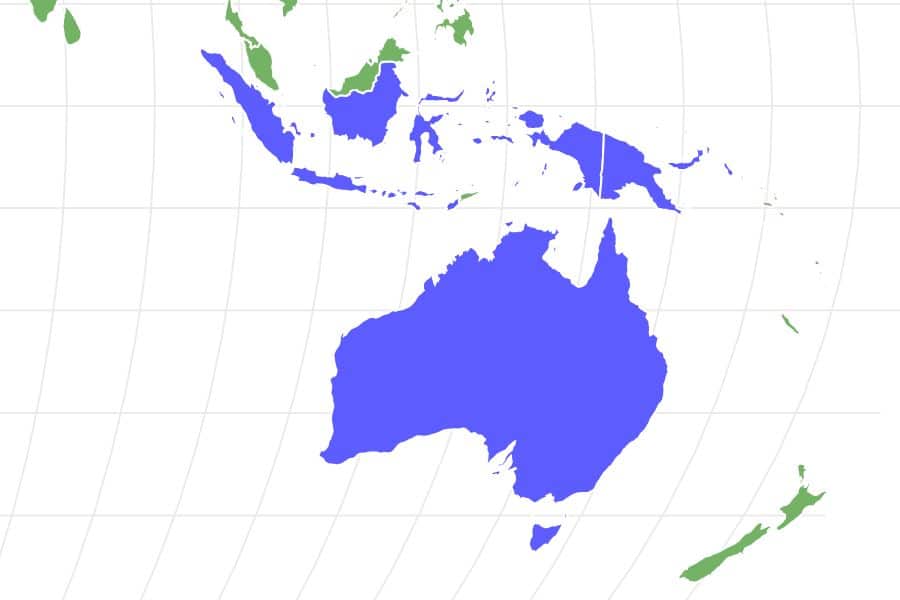 View all of our Emerald Tree Monitor pictures in the gallery.

View all of the Emerald Tree Monitor images!

“The emerald tree monitor has a tail double the length of its body.”

The emerald tree monitor is a beautiful lizard that lives in the tropical rainforests of Indonesia and Papua New Guinea. It is also found in the islands of the Torres Strait near Australia. Its bright green color, slender body, and long tail make it one of the most striking members of the monitor family. This intelligent reptile is known for its social behavior and fierce hunting skills.

Its scientific name is Varanus prasinus. The word varanus comes from the Arabic word for a monitor, and prasinus is Latin for green. It is a member of the subgenus Euprepiosaurus. It is closely related to other tree monitors that live in different parts of the world. This group includes:

Identification of this lizard is simple. The emerald tree monitor, also known as the green tree monitor, is one of the most beautiful members of the reptile family. This elegant, slender lizard gets its name from its colors, which can range from pale green to deep turquoise.

It has a long body and long, slender limbs ending in sharp claws. The emerald tree monitor has dark blue or green spots on its back. It has scales in different colors that give it a textured look.

The average emerald tree monitor is three feet long with a tail twice as long as its body. Unlike other members of the monitor family, it keeps its slim shape as it ages.

They are the most social of lizard species. Emerald tree monitors live in small groups that include a dominant male, several females, some young males, and the baby monitors.

They have many adaptations that allow them to live in their preferred environments. As the only monitor species with a prehensile tail, they can live most of their lives in tree branches. They are excellent climbers who can leap from one branch to another in search of prey. They are capable of advanced behavior when hunting their prey. For instance, they will sometimes pick up small animals and hit them against hard objects to kill them.

They also differ from other lizards in their defensive behavior. While other monitors use their tails as weapons, the emerald tree monitor defends its tail instead of using it as a weapon. It depends on its tail to move quickly through tree branches, so it will always protect this part of its body.

Emerald tree monitors prefer humid climates. They live in palm trees, rainforests, mangroves, and cocoa plantations. They prefer forested areas where they can climb and hide. Their color makes it easy for them to camouflage themselves in the thick leaves. High humidity is important because they get most of their water from the air around them.

Because of their beauty, these reptiles are highly prized by zoos and aquariums. Here are a few places you can see them:

These lizards are carnivores. They eat insects, geckos, small mammals, and birds. They mostly feed on katydids, termites, and grasshoppers, but they will also eat spiders and small crabs. Occasionally, they eat small rodents. When they hunt rodents, they use their sharp claws to kill and disembowel the animals after biting them on the neck.

They are considered the apex predators in their habitats, and no species preys on them. However, snakes and birds will eat their eggs and hatchlings. Prized for their looks, they are sometimes victims of illegal poaching for the zoo and pet trades. Currently, the biggest threat to these lizards is habitat loss.

Emerald tree monitors can mate and reproduce three times a year. After mating, the female monitor incubates the eggs for around 165 days.

The females often use termite mounds to build their nests. The temperature and humidity levels of these nests are perfect for incubating monitor eggs. Typically, they have three to seven eggs in a clutch. When the eggs hatch, the baby monitors eat the termites and termite eggs.

Hatchlings grow quickly. They quadruple in size in the first three months of life.

Monitors reach sexual maturity at two years old. They have a lifespan of about 15 years in captivity, but their lifespan in the wild is unknown.

The population size of these lizards is unknown, but their population is stable.

The emerald tree monitor is listed as least concern by the International Union for the Conservation of Nature (IUCN). In Europe, they are members of the European Association of Zoos and Aquariums (EAZA) Studbook, which works to breed endangered and otherwise valuable species in captivity.

The emerald tree monitor is an elegant killing machine that dominates its rainforest environment. Its striking good looks and interesting behavior have made it a favorite for zoo displays. Don’t miss your chance to see one in a zoo or aquarium.

How big do emerald monitors get?

They grow up to three feet long, and their tails can be six feet long.

Can you own an emerald tree monitor?

You can, but it’s not a good idea because they are high-maintenance pets. You should be an experienced, knowledgeable owner of reptiles before you decide to get one. They need expert knowledge, a large tank size, and special care.

Like all reptiles, they can be good pets. They are interesting to watch and intelligent.

Consider these facts before you get one. They require daily maintenance, and you must handle them with care. You must have a large enclosure and be willing to regularly check the enclosure’s temperature and humidity levels. They need a much larger tank size than reptiles of similar sizes. The enclosure will need regular cleaning.

These lizards need trees to climb in, places to hide, and daily enrichment. Your tank size must accommodate plenty of branches, mosses, and lichens. They also need a regular supply source of fresh, clean water. Finally, while they are not aggressive, they dislike being handled by humans, and they never get over this fear. People who keep them as pets know they should limit their enjoyment to simply watching these lizards.

Where are emerald tree monitors found?

They live in tropical rainforests, cocoa plantations, palm stands, and other heavily forested areas. They require humidity of 70% to survive. These lizards mostly live in Australia, Indonesia, and Papua New Guinea. However, they are a popular animal for zoos and aquariums, so it’s easy for most people to see them.

They are not dangerous, but they will bite if they feel threatened. They dislike being handled by humans and never lose that dislike, even after years of care in captivity.