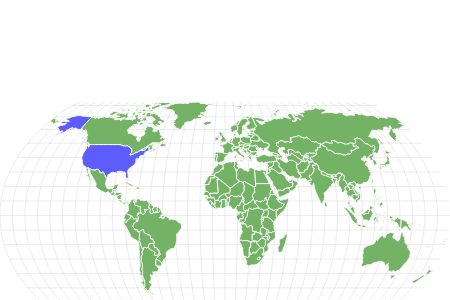 View all of our Arizona Coral Snake pictures in the gallery.

View all of the Arizona Coral Snake images!

The Arizona coral snake is among the most venomous snakes in North America.

The Arizona coral snake, also known as the Sonoran coral snake or the Western coral snake, is highly dangerous to people. It should never be approached in the wild. Nevertheless, while their venom is highly toxic, the snake doesn’t always have the ability to inject the full force of the venom into the human bloodstream. They are generally responsible for fewer deaths than rattlesnakes.

Where to Find Arizona Coral Snakes

The Arizona coral snake is native to the Sonora Desert region of northwestern Mexico and the southwestern United States, particularly Arizona. It prefers to inhabit the remote arid plains, hills, and mountain slopes far from any human habitats. The snake spends most of its hiding under rocks and logs but may emerge at sundown or during rainy or overcast weather.

The scientific name of the Arizona coral snake is Micruroides euryxanthus. Micruroides is actually derived from the Greek term Micrurus, which means small tail. Euryxanthus, on the other hand, is derived from the two Greek words eury, which means wide or broad, and xanthos, which means yellow. This probably refers to the yellow bands along the entire body. The western coral snake is part of the same family as cobras, mambas, and sea kraits. It is the only living member of its genus.

According to the IUCN Red List, the Arizona coral snake is a species of least concern. Population numbers are unknown, but they appear to be stable and widespread throughout their natural range. There are no serious threats to this species in the wild, but habitat loss may be a minor problem in some locations.

The Arizona coral snake does not look very intimidating at first. This small species measures about 13 to 18 inches long, up to a maximum of around 24 inches. The diameter of its body is also quite thin, about the same size as a pencil. Nevertheless, the unusual color scheme is a warning of its toxicity. Its entire body is covered in alternating red and black bands, each one separated by an additional light yellow band. These bands, which are common to the coral snakes, should tell you to stay away. Another important feature is the very narrow black head, which measures about the same diameter as the body. It also has small fangs that, unlike rattlesnakes, cannot be folded back into the upper mouth. Males and females are very difficult to tell apart without a thorough examination.

Here is how to identify the Arizona coral snake:

Arizona Coral Snake: How Dangerous Are They?

The Arizona coral snake is capable of producing a type of highly potent toxin that directly attacks the nervous system. A single drop is thought to be two or three times more powerful than the venom of the western diamondback rattlesnake. It is certainly potent enough to kill an adult even when the antidote has been administered. Yet it’s also true that not a single fatality has ever been reported from its bite. There are a few reasons for the lack of fatalities: Arizona coral snakes are found only in remote locations and like to hide underground, they are not very aggressive toward humans, and their small fangs have difficulty fully penetrating skin, much less clothing and shoes, without almost chewing through. This species is thought to account for a miniscule number of snake bites every year, mostly due to accidental encounters when outdoors. And even when it does strike, 40 percent of bites contain almost no actual venom. Nevertheless, if bitten, you should seek medical attention as soon as possible because the symptoms can be serious and may require hospitalization.

The Arizona coral snake is surprisingly timid around people. They almost always run away and hide rather than stand their ground and fight. They only tend to strike people when they feel surprised or cornered. If you see one, your first response should be to back away and leave it alone. They will most likely slither into a nearby hiding spot. Needless to say, because of their toxicity, they do not make good pets.

The western coral snake locates prey through its sense of smell. Unlike other species of venomous snakes, however, they do not strike by lunging forward but instead by moving the head from side to side. Because of their inefficient venom delivery, they have to bite and hold the prey for a while to give the venom enough time to work. Eventually, the prey will succumb to the venom due to paralysis and respiratory failure.

The western coral snake can be quite aggressive in the defense of its territorial range, but it is not quite as aggressive as rattlers and other dangerous snakes.

Where do western coral snakes live?

The western coral snake lives almost exclusively in dry, arid habitats of the Sonoran Desert throughout the southwestern United States and northwestern Mexico.

What do western coral snakes eat?

Their diet primarily consists of small underground snakes (such as blind snakes and black-headed snakes) throughout their range. Small lizards are another important component of their diet.

Can you survive a western coral snake bite?

Yes, even if the snake injects its venom, the prognosis is considered to be very good. However, there is always a small chance of death, even if the antidote is given in time.

What is the death rate of the western coral snake?

No deaths have ever been recorded from the western coral snake (although they’ve almost certainly occurred). This is not necessarily due to the lack of potency in the venom, which can absolutely kill a person. It’s just that so few snake bites ever occur and venom delivery is rarely high enough to matter. The treatment for the bite is also considered to be quite effective.