Often mistaken for a ladybug 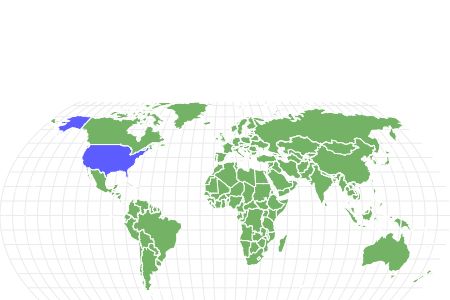 View all of our Squash Beetle pictures in the gallery.

View all of the Squash Beetle images!

The squash beetle, also known as the squash lady beetle or the squash ladybug, has a beautiful orange and yellow shell, featuring a specific arrangement of spots along its back. With an average lifespan of just 2-6 months, you may be surprised at the amount of damage that these insects can impose on your garden. There are a few natural deterrents, especially if you leave bug traps around the common areas where they accumulate. Dealing with their eggs is the easiest prevention method, stopping the insects before they flourish into babies.

Not to be mistaken for a squash bug, squash lady beetles could bring major chaos to your plant life.

Squash lady beetles are from the Coccinellidae family and the Coleoptera order. They are often mistaken for a ladybug or a cucumber beetle, but they are entirely independent of these other insects. Their scientific name – Epilachna borealis – refers specifically to the squash beetle, not to any other insects.

While “Epilachna” seemingly comes from a combination of New Latin words, it primarily comes from the Greek word “lachnē,” which means woolly hair. “Borealis” has Latin roots, coming from the word “boreal,” which literally translates to mean “northern.” It likely has this name for the main habitat it comes from in the United States.

Appearance: How to Identify Squash Beetle

Proper identification of a squash beetle is crucial to determining the best way to prevent them or kill off existing larvae. The eggs, which are often found in clusters of 30 or more, are yellow and long, found underneath leaves. This is the best stage to remove them before they grow into the full adult insects that they will be.

When the eggs hatch, the babies (or larvae) have spiky black hairs on them, resembling small hedgehogs that are yellow in color. Pupae are yellow grubs, and they have an oily chemical that comes from their body to deter ants and other predators.

Knowing identification facts is crucial to your garden and plant life. While these insects may look similar to certain bugs, they are detrimental to plant life. Identification ensures that you don’t kill off insects that could benefit your garden. Their potentially six-month lifespan allows plenty of time for damage and understanding what they are and how to eliminate them is an important step in preserving your garden.

Habitat: Where to Find Squash Beetles

Locating squash beetles and squash lady beetles is relatively easy when you look at the right time of year. Typically, they show up in the middle of the summer, which is when they mate and lay eggs. These eggs are laid underneath leaves, often placed right next to their source of food.

The young larvae find their way onto cucurbit plants, eating them from the bottom. However, it won’t usually stop fruit production. Most of these beetles are found in gardens in North America, primarily in the eastern part of the United States.

Diet: What Do Squash Beetles Eat?

Squash lady beetles are fairly easy to spot because they choose their habitat near their favorite diet – plants in the squash family. Some of their favorite foods include summer squash, cucumbers, and zucchini, but they’ll also go after beans and pea plants. The easiest habitat for them to get these nutrients is a common neighborhood garden.

Sometimes, these insects will feed on leaves and vines as well. Their saliva is incredibly dangerous to any garden because it carries a bacterium that these types of plants cannot handle. It destroys them, leading to a condition called cucurbit yellow vine disease. The vascular system of the plant will turn yellow, the leaves curl, and the root ultimately rots.

Though most lady beetles will eat other insects, the same is not true for squash lady beetles. Their diet is entirely herbivorous with special attention to cucurbit plants.

Prevention: How to Get Rid of Squash Beetles

Having these pests around a garden or home can be frustrating, but there are a few safe and natural prevention methods. Creating a homemade bug trap is relatively simple since they naturally go to areas that are dark and hidden. Setting out boards or pieces of newspaper lures them into a “safe” place, allowing you to collect them in the morning. Some stores have bug traps available to catch and dispose of the beetles.

Getting rid of squash beetles when you see them is the best management. They often collect on plants, but they can be removed with a gloved hand. Placing them in soapy water will drown and kill them relatively fast.

If you don’t have the time for this process, pick up some neem oil. Neem oil is especially effective against the eggs of squash lady beetles, coating the surface and potentially preventing any of the babies from hatching at all. Prevention of the problem is the easiest way to deal with these beetles before you get an infestation. Without the ability to hatch, you stop new insects from invading your garden space. Neem oil can even kill off nymphs and adults, helping with the prevention of spreading and laying new eggs.

What is a squash beetle?

A squash beetle is an insect that often goes after squash and pumpkins. They are brown and easy to find in North America. They release an odor when they are disturbed, and they are transmitters of the cucurbit yellow vine disease bacterium.

How do I get rid of squash beetles?

The easiest way to eliminate squash beetles is one by one, flicking them off of the squash or pumpkin and drowning them in soapy water.

How do I get rid of squash beetles naturally?

As adults, the squash beetle has a yellow-orange shell over its body, measuring about 3/8 inches long. It has 7 large spots on the forewings (each), though only four smaller spots are on the thorax. Though it looks a lot like a ladybug, it is slightly larger.

How many legs does a squash beetle have?

The squash beetle has six legs.

These eggs are typically no larger than 1/16 inches long. They have a bronze or red color, usually found in groups of 15-40.

Though humans have no reason to directly fear these beetles, their saliva contains plant toxins that can kill the squash and pumpkins that they reside on. They are carriers of bacteria that cause cucurbit yellow vine disease.

Are squash beetles the same as stink bugs?

No. While both release an odor, their shape, and coloration are much different. Plus, squash bugs and beetles primarily impact pumpkins and squash.

No. The only reason to fear squash beetles is for the sake of a pumpkin or squash garden.