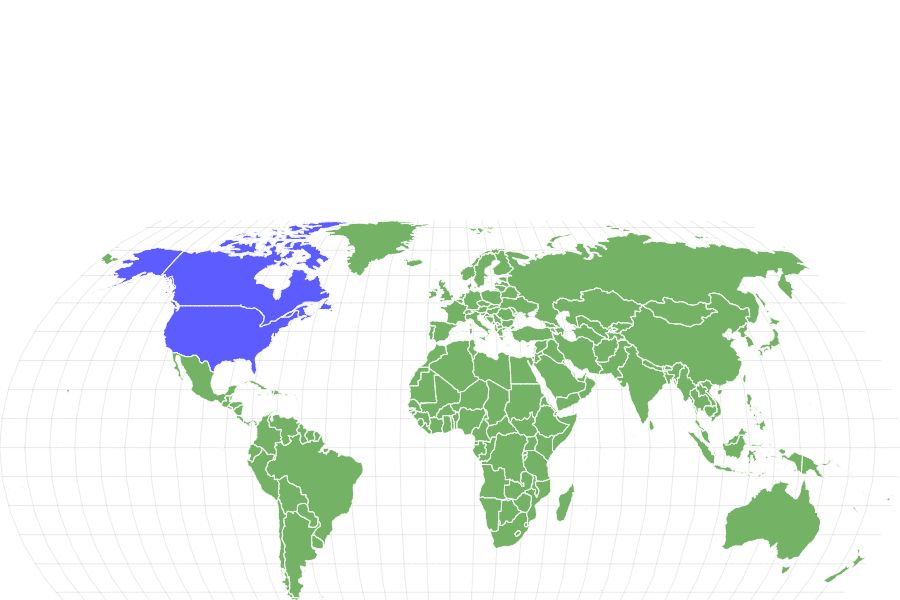 View all of our Archaeotherium pictures in the gallery.

View all of the Archaeotherium images!

Scientists believe that males and females were about the same size. But it is difficult to know for certain because skulls are more commonly found than the mammals’ complete skeletons. These creatures also had very large heads in proportion to the rest of their bodies, making size estimation even more complex.

From discovered bones, scientists believe that this animal looked like a cow with its hoofed feet. But it had a longer face than a typical cow, also with wider cheekbones and humped shoulders. Like warthogs, the Archaeotherium had bosses on the face, the large bumps that gave warthogs their “wart” name. Despite being called hell pigs, Archaeotherium did not have a pig-like snout.

Diet – What Did Archaeotherium Eat?

What did Archaeotherium eat? The hell pig’s diet was omnivorous. This means they ate both plants and animals. They had teeth well-formed for eating even tough plants like stems and hard fruits. These same teeth enabled the animal to chew up bones.

The Archaeotherium’s teeth and jaws were quite unique to this prehistoric family. In fact, their oral features are unlike any living animal. But there are parts of their mouths that seem similar to modern pigs, rhinos, bears, and other meat-eaters. Still, hell pigs could not chop up or tear meat with their teeth. It had to use its well-formed neck muscles and motion of its whole head to tear off chunks of its prey.

In its North American territory, Archaeotherium hunted prehistoric camels, Poebrotherium. They ran alongside their prey like a lion, then bit the neck of the camel to bring it down. In many instances, the hell pigs did not eat their fallen prey right away. Instead, they would move the kill to a cache to eat later when unable to hunt or locate their prey. Scientists have found fossilized remains of multiple camels in caches like these. When it was time to eat the meat, Archaeotherium tore the body in half and swallowed a foot-long rear section first. Other animals they hunted included prehistoric horses and rhinoceroses.

Scientists believe Archaeotherium chewed on one side of its mouth. This theory comes from the hell pigs’ teeth being more worn on one side. Their mouths also indicate that they used the front teeth to strip foliage from above-ground plants. Hell pigs often ate smaller mammals and fed on other predators’ leftover carcasses.

Archaeotherium lived in North America and parts of Eurasia 35 million to 25 million years ago for a period of about 9.1 million years. Their eras included the Eocene and Oligocene epochs of the Paleogene Period. In North America, they lived in forested and riverbank areas of Colorado, South Dakota, North Dakota, Wyoming, Nebraska, and Texas before grasslands had developed. Remains have also been found in southern Canada, specifically in Saskatchewan.

It is believed that predators of Archeotherium are responsible for the animal’s extinction. But little else is known about why they became extinct after 9.1 million years on Earth.

Other threats included the hell pigs’ own argumentative nature toward each other. They fought amongst themselves often and are believed to have displayed their widely-gaping jaws in aggressive displays of dominance, just like a hippo. Adult fossils from this family show bite marks on their skulls that likely occurred during biting fights.

Fossilized bones for Archaeotherium are most often discovered in the Great Plains’ White River Formation. But they have been uncovered in multiple U.S. states, including South Dakota, North Dakota, Texas, Nebraska, Colorado, Wyoming, Oregon, and Saskatchewan. In Toadstool Geologic Park of Nebraska, a set of Subhyracodon tracks show the animal was walking, then stopped and looked over its shoulder at Archeotherium stalking it. The Subhyracodon then ran at a high speed as an Archeotherium’s tracks joined it, indicating the hell pig was chasing the rhinoceros-like creature as prey. Other animals’ bones have been found cached in North America, presumably by Archeotherium. Archeotherium’s unique bites have also been discovered in other fossilized animals’ bones in the floodplains of North America.

Scientists have not yet discovered what made the Archeotherium hell pig go extinct. But they believe it was likely due to predation by bigger dinosaurs like the “bear dog” Amphicyon. Overall, the animal lived for about 9.1 million years from 35 million to 25 million years ago. This was during the Eocene and Oligocene epochs of the Paleogene Period of the Cenozoic Era.

Similar Animals to the Archaeotherium

Similar dinosaurs to the Archaeotherium include:

View all 126 animals that start with A

Archaeotherium was alive from 35 million to 25 million years ago, for a span of 9.1 million years. It lived during the Eocene and Oligocene epochs of the Paleogene Period of the Cenozoic Era.

Archaeotherium was like a modern-day cow in its overall body size. It stood between 3 feet 11 inches and 5 feet 3 inches at the shoulder. Its body length was 6 feet to 7 feet long, with the skull being almost half that length at about 31 inches. The animal weighed 1300 lbs. in adulthood.

What did the Archaeotherium eat?

From its unusual teeth and jaws, scientists believe that Archaeotherium was an omnivore. It ate tough plants and could even dig tubers and other vegetation out of the ground using its front, tusk-like canine teeth. But the animal was also a large predator of prehistoric horses, camels, and rhinoceroses in North America. It stalked and chased its animal prey, taking it down by biting it at the neck.

Was the Archaeotherium a pig?

Archaeotherium is nicknamed “hell pig” because it looked so much like a warthog. But this prehistoric omnivore was not related to pigs. Instead, it was more closely related to hippos and whales. Still, because of its bone structure, behaviors, and feeding habits, the name “hell pig” has stuck.

When did Archaeotherium go extinct?

Archaeotherium hell pigs were alive from 35 million to 25 million years ago. They lived in North American floodplains for about 9.1 million years. Although scientists know when these beasts went extinct, we do not know why. It is believed that the animal was hunted into extinction by its predators.

How did Archaeotherium hunt its prey?

From fossils found in Toadstool Geologic Park of Nebraska, scientists have a view of how Archaeotherium hunted its prey. There, a set of Subhyracodon tracks show the rhinoceros-like animal walking alone. It sensed something behind it, stopping and looking over its shoulder. It spotted Archaeotherium behind it, then attempted to flee its predator by running away. Archaeotherium’s tracks joined the rhino until it appears the hell pig made its kill. This is similar to how a modern lion hunts its prey, first stalking, then chasing and taking the animal down. 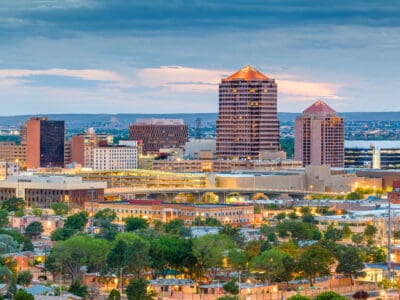 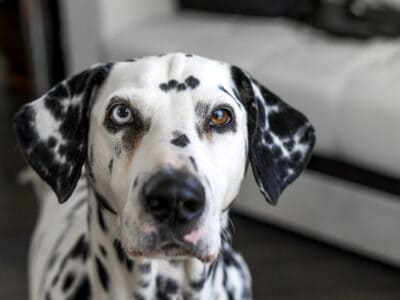 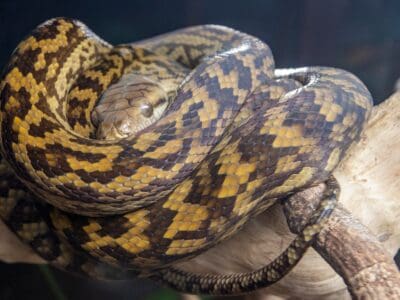 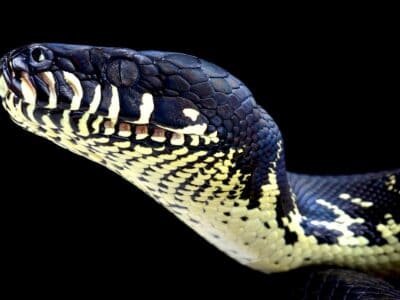