Click through all of our Malayan Tiger images in the gallery. 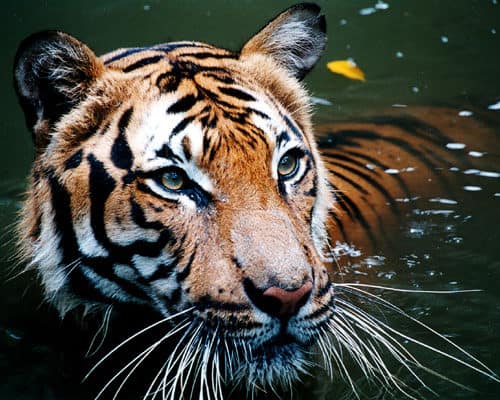 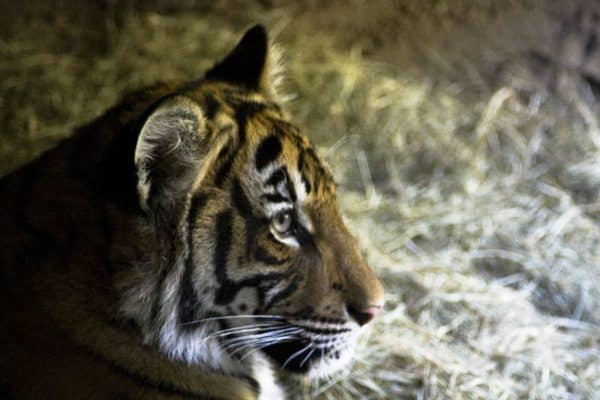 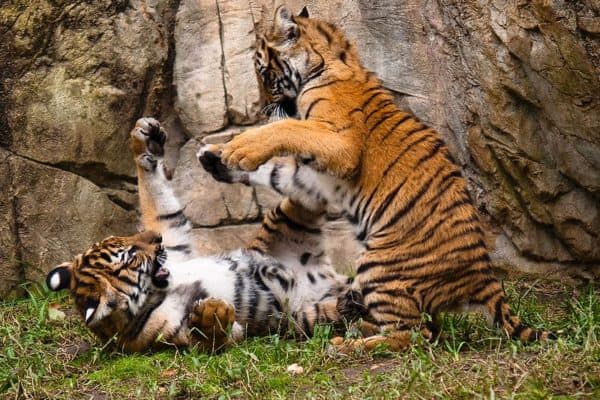 View all of the Malayan Tiger images!

The scientific name of the Malayan tiger is Panthera tigris jacksoni. ‘Jacksoni’ refers to a British man named Peter Jackson who was a notable tiger conservationist. This big cat belongs to the Felidae family and its class is Mammalia. The Malaysian peoples’ word for tiger is ‘harimau,’ or ‘rimau’ for short. They also refer to this tiger as Pak Belang which translates to Uncle Stripes in English.

Humans are the only predator of these tigers. Tigers are called primary predators because they are at the top of the animal food chain.

Though they are primary predators, these tigers do face various threats to their existence. This tiger has experienced a loss of habitat and poaching by humans. They are hunted by humans for their skins and various body parts are used to produce medicines. Sometimes they are killed by farmers when the tigers attack livestock. The official conservation status of this tiger according to the International Union for the Conservation of Nature (IUCN) as Critically Endangered.

The breeding season of these tigers falls between November and March, though they mate year-round. The male tigers have a territory that usually contains a group of females he breeds with. A female tiger is pregnant for approximately 100 days. During that time, she looks for a den to have her babies in. She gives live birth to between two to four babies per litter and is the only caregiver.

Baby tigers are called cubs. They’re born with their eyes closed, they can’t walk, and they have fur that’s very light in color. For the first two months of life, the cubs nurse from their mother. At one to two weeks, their eyes open and by three weeks old the cubs can move around.

Unfortunately, the death rate of tiger cubs is high. In fact, 50 percent of these cubs don’t survive to age two. The cubs are helpless at birth and can fall victim to attacks by other animals in the area or even by other adult tigers.

The lifespan of these tigers in the wild is 15 to 20 years. As these tigers get older, they can get injured while hunting and lose the ability to capture prey. This can lead to starvation.

Malayan tigers don’t have any predators in the animal world. But they are, unfortunately, hunted by humans. Sometimes they are eaten by people, but mostly they are hunted by people who want to sell them – mainly for their fur and skin.


How can you save Malayan tigers?

One of the steps you can take to save Malayan tigers is to reduce your purchases of products that lead to deforestation. Manufacturing products such as paper requires cutting down trees. So, if you and others decrease usage, then fewer trees will be cut down.Secondly, take opportunities to tell people about this incredible tiger. Share your knowledge of the Malayan tiger with friends, family, teachers, and classmates. Tell them unique facts and get them interested in the well-being of the Malayan tiger as well!Also, if you live in an area where the items are for sale, you can refuse to purchase products such as clothing accessories or medicines made from the parts of this tiger. If people can’t sell these items, Malayan tigers will be less in demand by poachers.Finally, follow the work of conservationists that are striving to help save this beautiful animal and get it off the list of critically endangered animals. They will share more ways you can help and get involved!


What Kingdom do Malayan Tigers belong to?

What phylum do Malayan Tigers belong to?

What class do Malayan Tigers belong to?

What family do Malayan Tigers belong to?

What order do Malayan Tigers belong to?

What genus do Malayan Tigers belong to?

What type of covering do Malayan Tigers have?

Malayan Tigers are covered in Fur.

What is the main prey for Malayan Tigers?

What is the average litter size for a Malayan Tiger?

The average litter size for a Malayan Tiger is 3.

What is an interesting fact about Malayan Tigers?

What is the scientific name for the Malayan Tiger?

The scientific name for the Malayan Tiger is Panthera Tigris Jacksoni.

What is the lifespan of a Malayan Tiger?

What is the lifespan of a Malayan Tiger?

How fast is a Malayan Tiger?

A Malayan Tiger can travel at speeds of up to 60 miles per hour.

How to say Malayan Tiger in ...