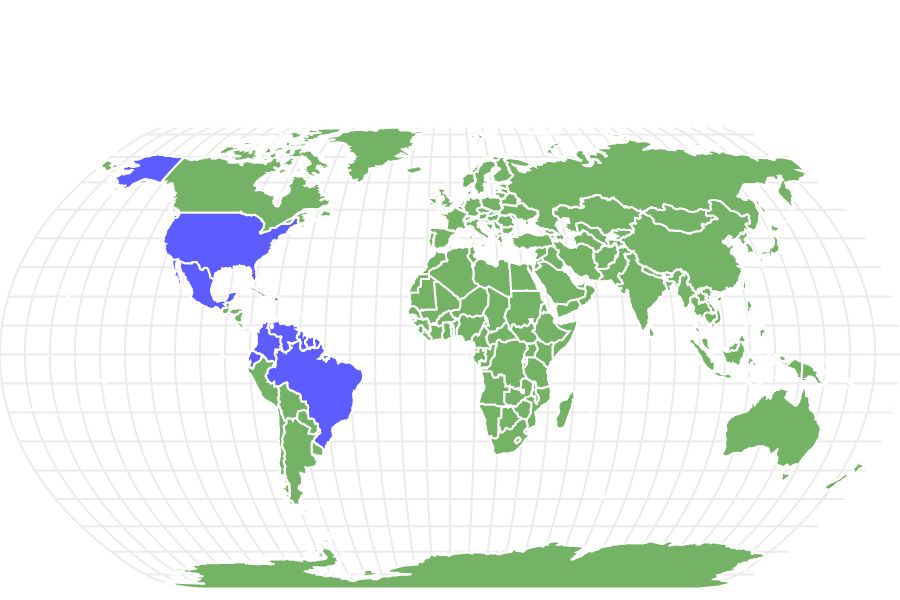 Color
Skin Type
Feathers
Lifespan
Up to 10 years
Weight
1.4 to 2.3 pounds
Length
19 to 11 inches
Venomous
No

View all of our Black-Bellied Whistling Duck pictures in the gallery.

View all of the Black-Bellied Whistling Duck images!

“These ducks have a bright pink bill!”

Between their bright pink bill and unique shape, it can be hard to miss the black-bellied whistling duck. They are one of few species of wild ducks that take easily to nest boxes. This means that bird lovers in their region can have the experience of watching them in their earliest life cycles from a safe distance. The black-bellied duck is only one species of many whistling-ducks.

Where To Find Black-Bellied Whistling Duck

The black-bellied whistling duck is a rare sight in the United States. They’re most common in Central and South America. Typically, they are found only in coastal regions in these areas, like Mexico and Panama. However, further in South America, they are greatly condensed throughout much of Brazil and Colombia. These are all year-round populations. The best place to find them in the United States is in the southern regions of Texas during their breeding season.

Black-bellied whistling ducks are typically found around shallow ponds. This can include natural ponds as well as man-made ponds found in parks and golf courses. You may also spot them in flooded agricultural fields following a heavy rain.

There are some unique, localized populations in Neotropical areas in the United States, such as in Florida.

This species of whistling duck often uses nesting boxes. Alternatively, they may create their own nests in safe areas near ponds. You can spot them flying in groups, alone, or perching in trees by the water.

This bird doesn’t construct a traditional nest, whether building their own or using a nesting box. When a female decides it is time to lay her eggs, rather than collecting sticks to construct a solid nest, she lays her eggs on debris that has collected naturally.

Like many other species of duck, the black-bellied whistling duck is a colonial nester.

The black-bellied whistling duck, previously known as the black-bellied tree duck, has the scientific name Dendrocygna autumnalis. Its class is Aves, and it can be found in the family Anatidae.

The black-bellied whistling duck is known for its unique appearance that resembles a goose. They have long legs and necks. However, its tail is short. Lengthwise, they can grow to be anywhere from 19 to 22 inches long. They also weigh around 1.4 to 2.3 pounds, similar to the weight of other species of waterfowl. They are known for their wingspans, which can measure 30 to 37 inches.

One of the most notable aspects of the black-bellied whistling duck is its bright red or pink bill. It has a grey face and chestnut-brown plumage with some black or white markings along the flank. The underside is dark.

Males and females look similar. However, offspring do not. Until they reach maturity, they have light plumage, and their bill is grey instead of bright red or pink.

They communicate through sounds, with the most common being a clear whistling from which they derive their name.

Black-bellied whistling ducks may migrate from their year-round locations north into the southernmost regions of Texas for breeding. Outside of breeding months, they migrate further south. While many individuals may settle in Central America, they can be found deep into South America in the southern regions of Brazil.

These ducks are omnivores, meaning they eat plants as well as other animals. However, while they will hunt for small aquatic animals, plants make up the largest part of their diet.

This species of duck is considered a dabbler duck. This means that rather than diving to the bottom of the lake or pond for food, they will skim food from the shallows.

If you’re hoping to watch a flock of black-bellied whistling ducks hunting and foraging, you should look for them in the evening. They’ll leave their nests as the sun begins to set.

What Does the Black-Bellied Whistling Duck Eat?

These beautiful ducks eat a variety of aquatic and terrestrial plants, as well as many different types of small animals. The staples of their diet are plants found in or around their nesting areas, which can include a variety of different grasses, as well as smartweed, swamp timothy, amaranth, sedges, and nightshade.

Other plants in their diet include those common in agriculture. Some of these crops include wheat and corn. When it comes to consuming other animals, they will hunt for snails, spiders, and a variety of small insects.

Although black-bellied whistling ducks can eat several different types of food, it is important not to feed them bread-type scraps. This can include loaf bread, crackers, cereal, and similar processed foods. These heavy carbs do not provide the nutrients these ducks need, and they can hamper their ability to thrive.

In the wild, they have a variety of threats, both in the form of predators and the environment.

There are several animals that eat black-bellied whistling ducks. These predators range from small mammals to birds of prey. Because their nests can often be easily accessed, their eggs are also threatened.

Even though animals won’t necessarily prey on the nest and eggs of a black-bellied whistling duck, they do still pose a threat because their disturbance can lead the female to desert the nest and abandon the eggs.

Because they live around waterways, these ducks are also at risk from pollution. Not only do plastics and chemicals directly impact waterfowl, but they also indirectly impact the humans that consume them.

Black-bellied whistling ducks have also been impacted by urbanization and weather changes, which have resulted in the loss of habitat. As city spaces expand, they reduce the amount of land available to these ducks. Flooding and droughts can also alter the local environment, limiting the areas where they are able to feed and nest.

Despite the threats posed against them, however, the International Union for Conservation of Nature (IUCN) lists them as a species of least concern. They have a healthy population, and their numbers are increasing.

What Eats the Black-Bellied Whistling Duck?

There are many animals that eat black-bellied whistling ducks. The exact predators will vary based on their region, and you’ll find that many of these predators also prey on other species of ducks.

Their main predators are large mammals such as badgers, bobcats, coyotes, and foxes. Raccoons will prey on smaller ducks and their eggs, as will snakes. There is also the threat of large birds of prey, such as crows, eagles, and hawks attacking both adults and ducklings.

Many of these animals are able to prey on black-bellied whistling ducks because of their nocturnal behaviors. Because they begin foraging at sunset, they’re active at the same time as many large predators in their native areas.

Males are known as drakes, while females are known simply as ducks. Groups of ducks are called a flock, colony, brace, raft, team, paddling, or sord.

Black-bellied whistling ducks may mate for life. After mating, the female will lay anywhere from 12 to 16 eggs. Sometimes, females will lay eggs in each other’s nests, or even in large community nests known as dump nests. These can include as many as five dozen eggs from different pairs.

Both the male and female will take turns incubating the eggs. Incubation typically takes around 25 to 30 days, after which the offspring, known as ducklings, will hatch. Unlike other types of birds, young, black-bellied whistling ducks have a high level of independence. They are able to leave the nests after one to two days. Although they will be guided by their parents, they will also acquire their own food.

Black-bellied whistling ducklings will fledge at around two months old. Not much is known about their molting. However, adults are most likely to molt before they migrate in the fall.

In the wild, they don’t typically live much longer than six to eight years. However, the oldest observed was over 10 years. This age is common in ducks raised in captivity.

As of now, this duck is considered to be a species of least concern. It is estimated that there are as many as two million black-bellied whistling ducks in the world. According to the North American Breeding Bird Survey (BBS), there has been a steady six percent increase in the population between the years of 1966 and 2019.

Previously, populations in the United States were rare. Typically, individuals were only seen during the breeding season and warmer months, when they would travel north. However, in the past few decades, the black-bellied whistling duck has become a staple waterfowl in certain southern states. Their largest United States population can be found in Texas, but there are some areas in Florida and along other southernmost coastal areas where they can be found as well.

View all 258 animals that start with B

Not all populations of black-bellied whistling ducks migrate. In fact, migration can be rare in this species. However, they may occasionally migrate between North and South America as the seasons change.

How many eggs do black-bellied whistling ducks lay?

Female black-bellied whistling ducks can lay broods with anywhere from 12 to 16 eggs.

Black-bellied whistling ducks have the ability to fly at high speeds. However, they are most commonly seen flying slowly.

What is the black-bellied whistling duck's wingspan?

The black-bellied whistling duck has a large wingspan of 30 to 37 inches.

When do black-bellied whistling ducks leave the nest?

Black-bellied whistling ducklings will begin to leave the nest at one or two days old. However, they will remain with their parents for several months. 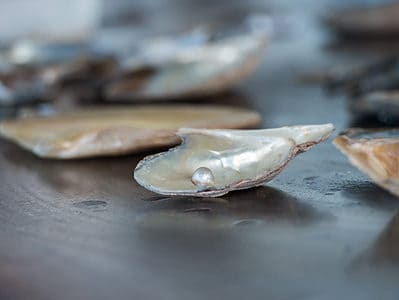 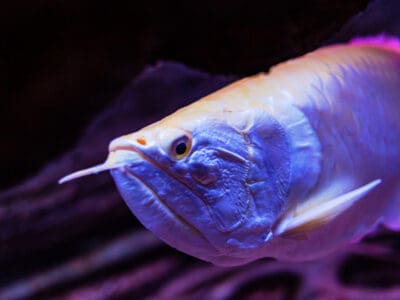 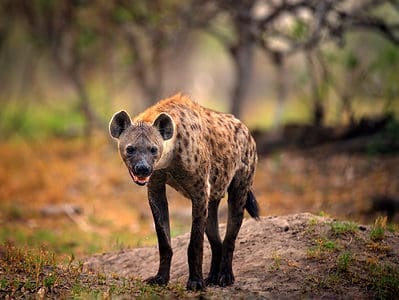 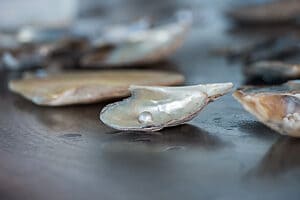