Mozambique Spitting Cobra is one of Africa's most dangerous snakes. 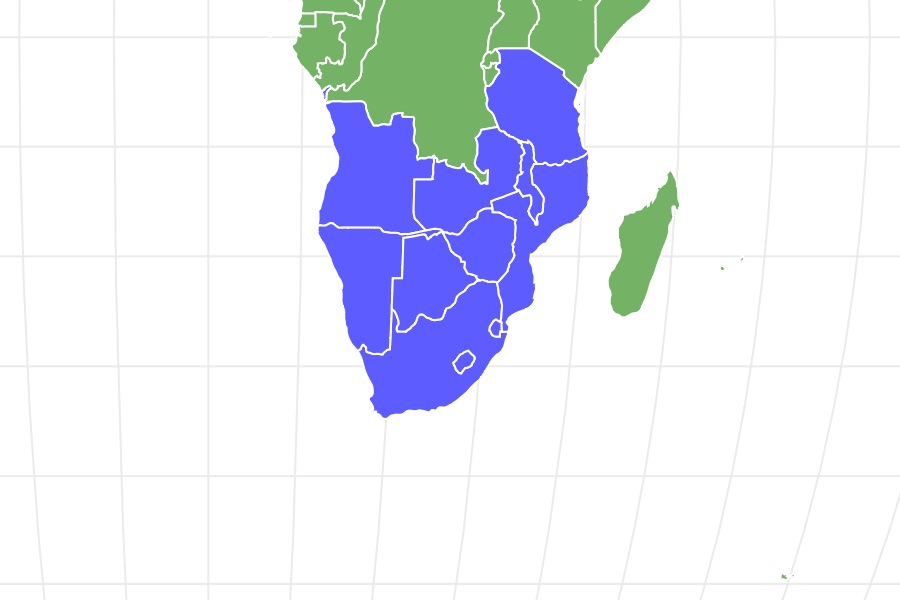 View all of our Mozambique Spitting Cobra pictures in the gallery.

View all of the Mozambique Spitting Cobra images!

The Mozambique spitting cobra is a snake species native to Africa. It is a highly venomous type of cobra that is so named because it projects venom from its fangs into its attacker’s eyes, which can cause vision problems or blindness. The venom from its bite can destroy local tissue like the puff adder. Although the rinkhals can also spit its venom, it is not a true cobra and is in the genus Hemachatus rather than Naja.

Where To Find Mozambique Spitting Cobra

This cobra species is found in Angola, Botswana, Malawi, Mozambique, Namibia, South Africa, Tanzania, Zambia, and Zimbabwe. Its habitat is the savannahs, forests, and shrublands in the tropical and subtropical zones, where it lives near bodies of water and in termite mounds, hollow logs, and rocky areas. This snake is solitary except for reproduction, while the mating season is April or May.

The Mozambique spitting cobra has no alternative names. Its scientific name is Naja mossambica. It is in the Reptilia (reptiles) and the family Elapidae, venomous snakes with permanently erect front fangs. Although it is found in several other African countries. the naturalist Wilhelm Peters described this snake in 1854 after discovering it in Mozambique, so Mozambique became part of its name. There are no subspecies.

The population of the snake is unknown. However, there are no known threats to this species. Its conservation status is listed as Least Concern according to the IUCN Red List.

How To Identify Mozambique Spitting Cobra: Appearance and Description

This snake has a slate-grey, blue, olive, or tawny brown-black upper body, while its scales have black edges. The scales on its underside are salmon pink or yellowish with black or brown speckles or edges. There are black bands across its throat. Snakelets have pink or yellow bands across their throats.

Mozambique Spitting Cobra Venom: How Dangerous Are They?

Once someone has experienced a bite from this cobra, they will have pain as well as local tissue damage. If the snake sprays venom into their eyes, they can experience vision loss or blindness. But if its venom sprays onto the face or another part of the body besides the eyes or into the skin, it cannot have any negative effects.

Like other cobra snakes, it moves very fast. It often bites people while they are sleeping. It displays high speed while both attacking and moving around. Because of its speed, ability to spit venom, and the toxicity of its bite, the best course of action when encountering it is to run away.

What happens if a Mozambique Spitting Cobra bites you?

You will experience severe local tissue damage and pain or, if in the eyes, impaired vision and blindness.

Why is it called Mozambique Spitting Cobra?

Because of its ability to spit venom from its fangs, which it can do because the holes for the venom are at right angles to the fangs.

What kind of venom does a Mozambique Spitting Cobra have?

Is a Mozambique spitting cobra deadly?

Yes, it is dangerous and can be fatal for humans. It is definitely deadly for its prey.

What does a Mozambique spitting cobra eat?

This snake has a carnivorous diet. It eats mice and other small mammals, birds, insects, amphibians, and carrion. It also eats the black mamba, puff adder, and other snakes, and it is immune to other venomous snakes.