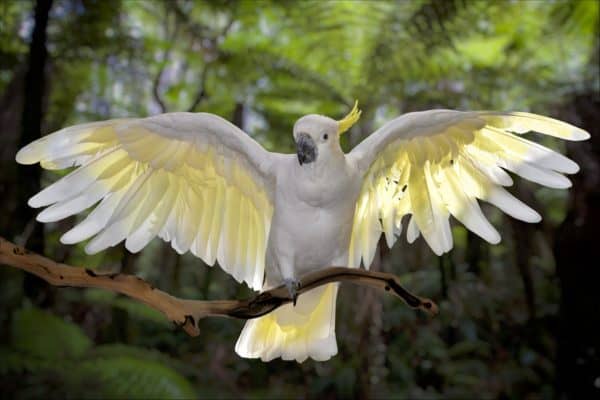 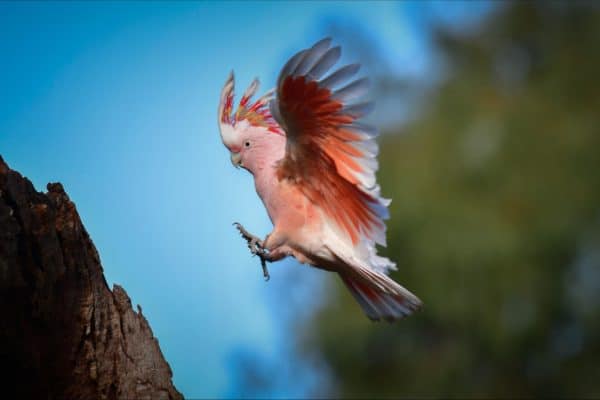 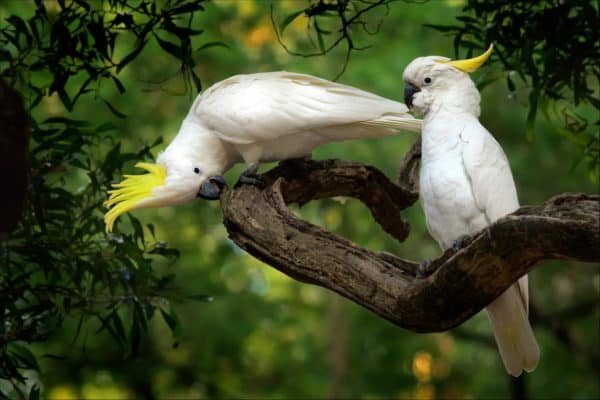 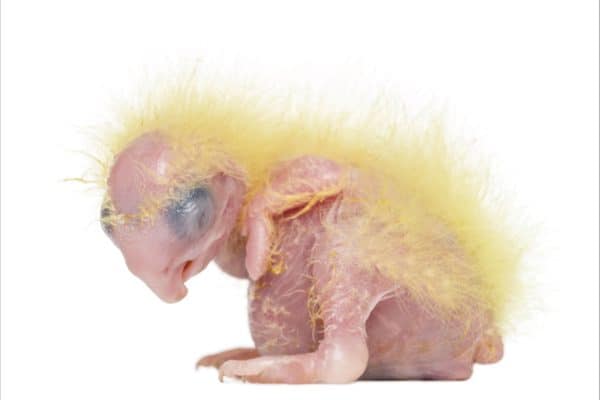 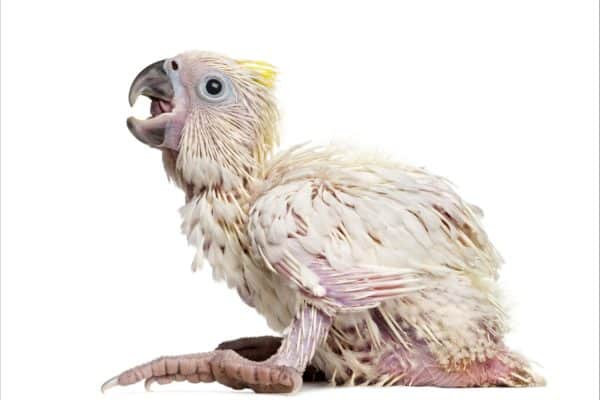 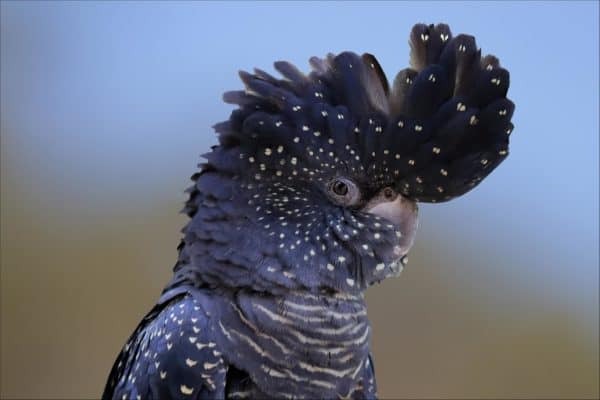 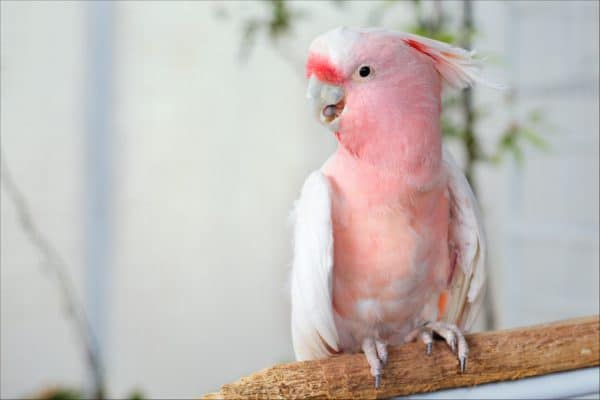 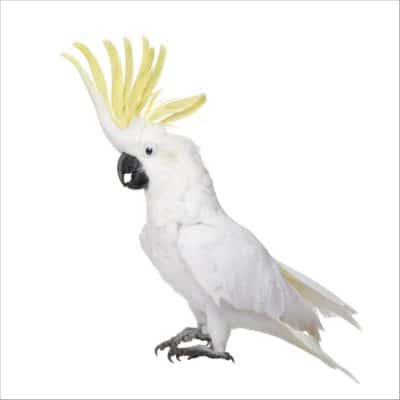 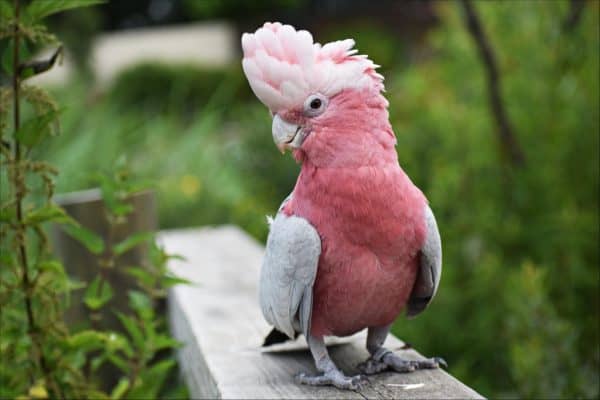 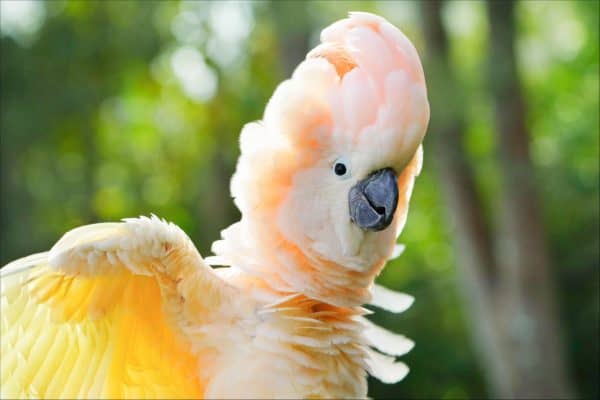 One of the noisiest birds in the world!

The cockatoo is a smart and talkative bird with a brilliant crest of plumage on its head.

Loyal, caring, and playful, the cockatoo’s high energy and noisy behavior are a reflection of its rich emotional interior life. These birds have a rather friendly temperament and sometimes make good companions for humans as pets. In their native habitat of the Asia Pacific region, cockatoos are a familiar sight even in some urban and suburban areas, but their rambunctious and destructively playful behavior does not always make them welcome to the local people.

The cockatoo is a type of parrot that comprises the family of Cacatuidae. The name comes from the Dutch word kaketoe, which is derived from the local Indonesian name kakaktua – ‘kaka’ meaning parrot. Along with the true parrots and the New Zealand parrots, it is one of the few major families that make up the order of parrots known as the Psittaciformes. There are currently 21 living species of cockatoos spread across seven different genera. Very few extinct cockatoos are known from the fossil record.

The cockatoo is a medium- to large-sized parrot with a big curved beak, small rounded eyes, and an elaborate head crest that it can raise and lower at will for the purpose of signaling its mood to others. Cockatoos have a digital arrangement on their feet known as zygodactyls, which means that two of the toes are pointed forward and two are pointed backward. This allows them to tightly grip branches and climb up trees with a great deal of precision. They even have the ability to climb with one foot and grip food with the other foot.

Most cockatoos exhibit far less coloration compared to parrots. They are usually arrayed in simple black and white colors because they lack the colorful textures found in other parrots. However, a few species do come in all manner of bright and elaborate colors, including reds, blues, yellows, and greens.

The typical cockatoo species can measure anywhere between 12 and 24 inches in length and weigh up to a few pounds — or about the size of a table lamp. The largest species is the great black or palm cockatoo, which can measure up to 30 inches in length.

Cockatoos are highly social animals that gather in large flocks. The size of the flock can vary from a few dozen to thousands depending on the amount of food available in a given area. Large flock sizes are often temporary affairs from which individuals can come and go at will. Cockatoos do not usually form strong bonds except with their mates. They make loud and shrill sounds to communicate with each other through the dense foliage of their native habitats. These harsh noises allow them to convey their mood, send warnings, or build social bonds. The flock will leave sentries to stand guard and raise an alarm if a predator threatens them.

The crest feathers, too, convey important signals to nearby cockatoos. When they are down, these feathers signal a relaxed or docile mood. Erect feathers may suggest that the bird is highly agitated or excited. A featherless patch of skin under the eyes will also change colors when the bird is excited.

Cockatoos are somewhat nomadic birds that will travel great distances with large flocks in accordance with the changes of the season. The degree to which they are willing to migrate depends on the species and the actual availability of food in the area. Forest-dwelling species, for instance, tend to migrate less because of a more stable food supply. Regardless of species, cockatoos are almost always active during the day and rest in their homes at night.

Cockatoos are some of the most intelligent birds on the planet. Scientists have observed, for instance, that they can create tools out of sticks with little prompting. What’s less well understood is their ability to make customized tools by breaking a stick down to a more appropriate size. The bird will then use the stick to bang against the hollow part of a tree. It is believed that this behavior may serve as a territorial warning or perhaps even be a means of deepening the bond with a mate. Studies show that cockatoos are also adept at puzzle-solving and object manipulation.

In Asia, the cockatoo exclusively inhabits the Pacific region. A majority of the species are found in Australia, but they also have a wide distribution across the countries of the Philippines, New Guinea, eastern Indonesia (mainly the area of Sulawesi), and some scattered islands like the Solomon Island.

Each species may occupy a wide number of different native habitats, including rain forests, pine forests, open plains, eucalyptus groves, and mangroves. They can also inhabit the lower slopes of some mountainous areas. Cockatoos prefer to roost in nests, tree hollows, or dense foliage.

The cockatoo’s primary diet consists of fruits, nuts, seeds, and roots. If the cockatoos ever feel compelled to eat meat, then they will usually resort to the consumption of insects. Some cockatoos may specialize on a specific type of vegetation or opportunistically feed on whatever they can find. They can use their strong curved beak and big muscular tongue as a sort of improvised tool to crack open shells or dig up roots and insects from the ground.

Cockatoos are often preyed upon by falcons, eagles, owls, snakes, and large cats in the wild. While they are not completely defenseless, their smaller size makes individuals susceptible to large predators if they can be picked off from the flock. They are also prone to diseases and infections.

Cockatoos have co-existed with humans for thousands of years. However, large-scale hunting and land development have led to some friction. Because of the very specialized environmental requirements, cockatoos are vulnerable to habitat loss from logging, mining, and agriculture. Another big problem is the wildlife trade. International law severely restricts the capture and trade of cockatoos on the market, but illegal poaching nevertheless persists in many regions.

Some farmers consider the cockatoos as serious pests because they have a tendency to feed on some domesticated crops. People have resorted to poisoning, shooting, capturing, or simply scaring them away to prevent them from ruining harvests. When living near human settlements, they also have the tendency to destroy property, damage gardens, or chew through wires in order to feed or maintain the sharpness of their beaks. This has sometimes led to an uneasy relationship with humans.

Cockatoos are largely monogamous animals that can form deep years-long bonds with their partners. Their emotional attachments are so strong that they are sometimes known to suffer psychologically upon being separated from a mate. Cockatoos are known to court each other by feeding or preening. These courtship displays tend to subside once the bond is established.

After acquiring a mate, the pair will find a pre-existing hole large enough for an adult to enter and then meticulously construct a nest from bits of sticks, wood chips, and leaves. These holes are sometimes so scarce that the cockatoos will compete against each other for real estate.

After mating, the female will lay anywhere between one and eight eggs in intervals of two to three days. Both parents may share incubating duties after all of the eggs have been laid. The last chicks to emerge from the eggs will face fierce competition for food and do not always survive.

During their first few years of life, the young birds will begin to develop and learn valuable skills from their parents. They tend to grow their flight feathers within the first few months after hatching and will usually reach sexual maturity between three and seven years of age.

Cockatoos enjoy long lifespans of decades in the wild, usually 25-60 years. Some individuals have been known to live nearly as long as humans.

Population numbers of the cockatoo can vary dramatically by species. According to the International Union for the Conservation of Nature (IUCN) Red List, seven cockatoo species are currently threatened or vulnerable to extinction. The closest species to extinction are the yellow-crested cockatoo and the Philippine cockatoo. Both are listed as critically endangered. The white cockatoo (aka umbrella cockatoo), which lives on the islands of Indonesia, has also fallen low enough to qualify for endangered status.

Fortunately, the majority of cockatoo species are not currently at risk of extinction, perhaps because many of them inhabit large areas of interior Australia. Some species have adapted to or even benefited from human encroachment. The most widespread species is the galah or roseate cockatoos. Dozens or hundreds can sometimes be seen rising across the Australian horizon.

The cockatoo is currently protected by international treaties, which has helped to limit population depletion. Several organizations and zoos are dedicated to the purpose of saving the cockatoos from extinction and keeping their genetic pool diverse through breeding programs.

Are cockatoos carnivores, herbivores, or omnivores?

While they mainly eat nuts, fruits, seeds, and roots, the cockatoo also eats insects on occasion. This makes it an omnivore.

Cockatoos are among the most common parrots to be kept as pets. Many people enjoy their company because they are extremely inquisitive, affable, and relatively long-living for a pet. Nevertheless, these high-maintenance animals require plenty of space, stimulation, and companionship, or else they have the tendency to destroy objects around the house. And despite their highly vocal nature, they cannot mimic human speech with the same precision as the most vocally adept parrot species. For these reasons, they should only be kept by owners willing to invest a significant amount of time and resources into their care. Instead, the cockatiel is generally considered to be the easiest species to keep and maintain as a pet due to its smaller size.

How long does a cockatoo live?

The lifespan of the cockatoo varies quite a bit by species. Some cockatoos live only about 20 years at the most. Other species can live for 50 or even 70 years in captivity.

How did the cockatoos evolve?

The cockatoo’s spotty fossil record makes it difficult to fully understand how the animal evolved. Based on a genetic analysis, it has been suggested that the common ancestor of the cockatoo lived some 28 million years ago, and the family began to significantly diversify around 10 to 20 million years ago — about the same time that Australia itself began to undergo a dramatic transformation in its environment and vegetation.