They are intelligent and noisy, often mimicking sounds and learning vocabulary.

View all of our Conure pictures in the gallery.

View all of the Conure images!

The conure is a loosely defined group of small to large parrots and parakeets native to Central and South America. They inhabit tropical and subtropical lowland forests, where they spend their days foraging in large flocks or perched on treetops. These birds are known as “clowns” and often exhibit attention-seeking behavior. Learn more about these intelligent, noisy birds, including where they live, what they eat, and how they behave.

Where to Find the Conure

All conure species live in Central and South America. Many inhabit areas of Brazil, while others live in countries like Guyana, Paraguay, Argentina, Bolivia, and Puerto Rico. One species, the nanday parakeet, can be found in the wild in parts of Florida, like St. Petersburg and Clearwater on the west coast. Most conure species live in tropical to subtropical moist lowland forests, dry savannas, and plantations. Look for them flocked together in the treetops or returning to their roosts an hour before sunset. Their noisy calls make them hard to miss.

Conures make their nests in tree holes. But some will burrow holes into termite mounds. Other species will use rock crevices in cliffs.

Conures are loosely defined and currently do not constitute a natural scientific grouping. Breeders mainly use the term “conure,” but scientists refer to them simply as “parakeets” or “parrots.”

Conures are either large parakeets or small parrots, and they resemble Australian parakeets. These birds have light builds, long tails, and strong but small beaks. Conure species have small rostrums on their beaks used for eating, which are typically gray or black. Each conure species varies in color; most have some combination of green and yellow, with black or gray heads. They measure 10 to 20 inches long, weighing 0.13 to 0.33 ounces, with an average 5.5-inch wingspan.

Conures are nicknamed “clowns” due to their constant attention-seeking behavior. They often hang upside down, sway back and forth, and dance. These species are very social, living in flocks of at least 20 or more. They use their large numbers to protect them from predators as they forage on the ground. These birds are intelligent and noisey, calling out demands, mimicking sounds, and learning vocabulary and tricks. They are also excellent fliers, reaching up to 50 Mph.

Conures are nonmigratory, meaning they remain in their natural environments year-round.

Conures are omnivores that feed in the treetops.

What Does the Conure Eat?

The conure eats berries, fruits, nuts, seeds, and vegetation like leaf buds. They also eat vegetables, which, combined with fruit, makeup 25% of their diet. These birds may also consume grit to aid in digestion. Conures exhibit strong foraging behavior and may even steal farmers’ crops.

The IUCN lists over 45 parakeets as “near-threatened,” “Vulnerable,” “critically endangered,” or “extinct.” Species like the golden parakeet are listed as “vulnerable.” This bird has a small population and a continual decline from habitat loss and trapping. Others, like the sun parakeet, are “endangered” due to their small and declining population from habitat loss and trapping. The green-cheeked parakeet’s declining population is listed as “least concern.”

What Eats the Conure?

The conure’s primary predators include hawks, eagles, owls, snakes, jaguars, ocelots, monkeys, and bats. Conures forage on the ground, which makes them vulnerable to attacks; they prefer to eat in flocks, lessening their chance of being eaten by hungry predators. These parakeets are constantly alert and quickly fly away at the first sign of trouble. However, they will fight using their beaks as weapons if they can’t get away.

Conures do not mate for life but partner with one mate at a time and help raise their young together. These birds are sexually mature around one year and breed during spring and summer in their natural habitats. Females lay between four and six eggs and incubate them for around 23 days, while the males bring food. Baby conures fledge the nest around three weeks, and conures move as family units for one to two months. These birds undergo their first molt between eight and ten months old and can live up to 15 years.

The total global conure population is unknown, but many have declining numbers. The sun parakeet from Brazil and Guyana has a population of between 1,000 and 2,400 individuals. They are experiencing a continuous decline in their mature members, primarily due to illegal trapping. Others, like the more common green-cheeked parakeet, are also going through a reduction from habitat loss.

View all 198 animals that start with C

Where do conures live?

All conure species live in Central and South America. Many inhabit areas of Brazil, while others live in countries like Guyana, Paraguay, Argentina, Bolivia, and Puerto Rico.

How big are conures?

How do conures behave?

Conures are nicknamed “clowns” due to their constant attention-seeking behavior. They often hang upside down, sway back and forth, and dance.

Conures are nonmigratory, meaning they remain in their natural environments year-round.

What do conures eat?

The conure eats berries, fruits, nuts, seeds, and vegetation like leaf buds. They also eat vegetables, which, combined with fruit, makeup 25% of their diet.

Are any conures endangered?

Sun parakeets are “endangered” due to their small and declining population from habitat loss and trapping.

What are conure predators? 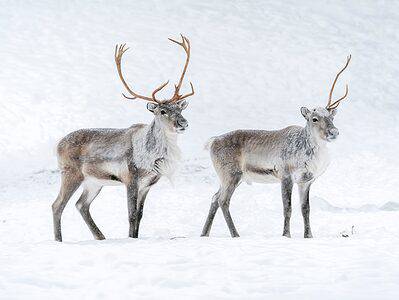 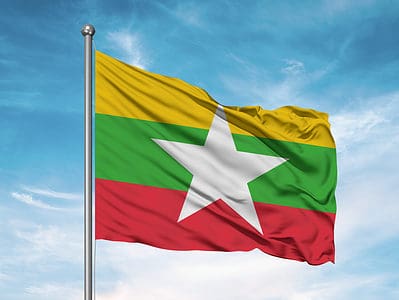 The Flag of Myanmar: History, Meaning, and Symbolism 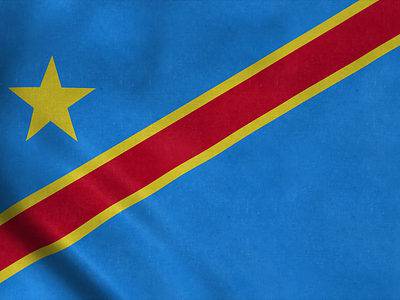 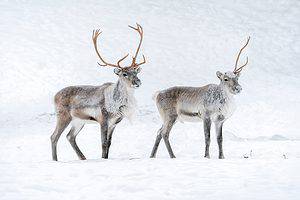