These cats are expert swimmers. 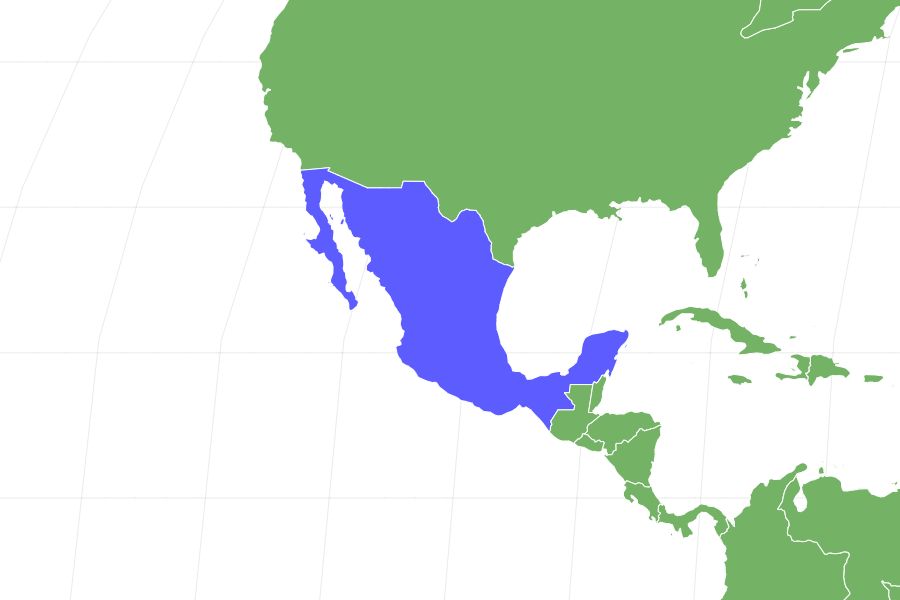 View all of our Jaguarundi Cat pictures in the gallery.

View all of the Jaguarundi Cat images!

“The jaguarundi has 13 unique sounds it uses to communicate with other cats.”

The Jaguarundi has a nickname: the Otter Cat. This is because its head is similar in shape to an otter’s head. This cat’s tail also bears a resemblance to an otter’s tail. On top of that, a jaguarundi cat is an expert swimmer which adds even more validity to the nickname! However, a jaguarundi is definitely a feline. This small mammal is a carnivore found in the scrublands, swamps, and forests of Central and South America.

The scientific name of the jaguarundi is Herpailurus yagouaroundi. They are known as otter cats and weasel cats. Jaguarundis are members of the Felidae family and Mammalia class. Jaguarundi is a Guarani word. Guarani is spoken in Paraguay where this cat is found.

The eight subspecies of jaguarundi:

A jaguarundi cat has short legs paired with a long, slender body. This is yet another reason why it’s referred to as an otter cat. Its body measures 19 to 30 inches long and tacks on another 12 to 24.5 inches for its tail. Its height ranges from 10 to 14 inches from shoulder to paw. This cat has a weight range of 6 to 20 pounds as an adult. It’s covered in brown, reddish, or dark gray fur.

Imagine a 20-pound jaguarundi and you’re envisioning an animal the same weight as a dachshund. A 19-inch long jaguarundi is equal in length to one and one-quarter bowling pins. The longest a jaguarundi cat’s body can be is 30 inches. So, when you think of a jaguarundi think along the lines of the average housecat rather than a tiger.

The ocelot is another small member of the Felidae family. It’s similar in size to a jaguarundi in terms of height at 16 to 20 inches tall. But ocelots are heavier weighing up to 35 pounds. Ocelots have been known to prey on jaguarundis.

The dark fur of a jaguarundi cat gives it some protection from predators in its scrubland, swamp, or forest habitat. They can run relatively fast for a cat in the wild at a speed of around 40mph. These small cats can swim which gives them an advantage over a predator that won’t venture into the water.

Most jaguarundis are solitary, but scientists have seen them form pairs in their habitat. They are shy mostly due to their small size and vulnerability to larger mammals in the area.

A jaguarundi has the word jaguar in its name, so you figure they must be essentially the same animal. But, while there are some similarities, there are quite a few differences between these two cats.

They are both members of the Felidae family and are both carnivores. Both animals live in Central and South America. Their habitats are similar in that jaguars live in scrublands and wetlands just as jaguarundis do. Plus, they are both capable swimmers and are solitary except at breeding time.

One of the most obvious differences between the jaguar and the jaguarundi has to do with their size. A jaguar can be 30 inches tall at its shoulder and males can weigh around 200 pounds. Some of the larger males of the species can weigh in at over 300 pounds! Alternatively, the jaguarundi stands a little over one foot tall and can weigh up to 20 pounds.

A jaguar’s coat is tan with black spots while a jaguarundi’s coat is solid brown, reddish, or gray.

Another difference is while the jaguarundi has a conservation listing of Least Concern, the jaguar is listed by the IUCN as Near Threatened due to loss of habitat. Fortunately, organizations such as Big Cat Rescue have taken steps to help research this cat’s population and put protections into place.

Jaguarundis live in Central and South America. Though they once populated the southern part of Texas, there hasn’t been one seen there since 1986. Their habitat includes scrublands, swamps, savannahs, and forests. They live in temperate and tropical climates.

Though they can move swiftly on the ground, jaguarundis spend a lot of time up in the trees. This is a good way to survey their habitat for threats and prey. When they are on the ground, a jaguarundi is capable of leaping 6.5 feet straight up in the air to catch a bird.

Jaguarundis are carnivores. They are different from other cats in that they hunt for prey in the daytime. You’ve probably been under the impression that most cats are nocturnal. Most are nocturnal, but the jaguarundi is an exception. Usually, it is active in the late afternoon into the evening. These small cats are known to search for food near streams and creeks. Knowing how to swim widens the variety of prey available to this cat. They are adaptable in finding food wherever prey is available in their habitat.

This small mammal has more than one predator. It is preyed upon by coyotes, mountain lions, and ocelots. Humans are also a predator of the jaguarundi.

Mountain lions and ocelots can climb trees making it easier to gain access to jaguarundis. In addition, they have the speed to catch up with a fleeing jaguarundi. Coyotes are active on ground level in many of the same habitats as this small cat. A coyote also has the speed to pursue and capture a jaguarundi.

Jaguarundis can be severely injured or killed in traps set by people. These traps may be set by local farmers or ranchers to prevent these cats from preying on chickens and other poultry kept on the farmland. According to the Big Cat Rescue organization, these cats are also endangered by the destruction of their habitat as a result of construction and land expansion.

In terms of its conservation status, the jaguarundi has a decreasing population but is still registered as Least Concern.

What does a jaguarundi eat?

Fish is the main diet of this cat. It wouldn’t be unusual to see a jaguarundi looking for fish or frogs in shallow areas of a stream or other body of water. Other animals in their diet include spiny rats, Brazilian guinea pigs, mice, and rabbits.

The mating season of the jaguarundi takes place any time of the year. A female is sexually mature at two years old. When she is ready to mate, she urinates in several areas on the ground so a male will pick up her scent. The scent of her urine can travel a long way to the territory of a male. In addition, the female makes a chattering or crying sound as another way to attract males in the area. A male jaguarundi pairs with a different female each time it breeds.

The gestation period of this cat is 70 to 75 days. As a comparison, an ocelot’s gestation period can go up to 90 days. A female jaguarundi makes a nest for her young in a thicket or in the hollow of a tree. Finding a place where her young are well-hidden means they will be less endangered by predators in the area. She gives live birth to one to four babies. Newborns weigh less than one pound and are completely dependant on their mother. The male doesn’t help care for the young.

Newborn jaguarundi babies are also called kittens. They are born without the ability to see or hear just like just pet kittens in a household. These kittens have spots on their fur when they are born. But the spots fade and disappear within days. The mother nurses the kittens to give them nourishment. When they reach a couple of weeks old and their eyes and ears have opened, she begins to feed them small parts of the prey she captures. Soon, she begins to teach her kittens how to hunt for prey. They are fully weaned at 40 days old. Jaguarundi young can live independently at ten months old.

These cats have a lifespan of up to 15 years and sometimes longer.

The population of this small cat is unknown. But its status of conservation is Least Concern. Biologists believe their population is decreasing.

Though these cats once lived in the southern area of Texas, they are now considered Extinct in that location.

What is a jaguarundi cat?

A jaguarundi cat is a small mammal with the nickname otter cat. Its slender, long body and flattish head make it look more like an otter than a cat. They weigh 20 pounds or less and stand at 10 to 14 inches tall. Many scientists have compared this cat’s size to a housecat.

Jaguarundis live in Central America and South America in tropical and temperate climates. Their habitat can be a swamp, scrubland, forest, or savannah. They are carnivores that like to look for fish and other prey around streams and rivers. This cat can climb trees and move quickly over the ground. It’s a great swimmer too! They have a lifespan of up to 15 years.

Are jaguarundis carnivores, herbivores, or omnivores?

These cats are carnivores.

Is a jaguarundi a jaguar?

Though jaguarundis face some threats, they are not as endangered as jaguars. Because jaguars are listed as Near Threatened, organizations like Big Cat Rescue have stepped in to help protect these amazing animals.

How many jaguarundis are left?

The population of this cat is unknown, but biologists categorize it as Least Concern.

No. Despite being around the same size as a housecat, the jaguarundi cat is not a pet. It’s a wild animal that needs to live in its own natural habitat. While housecats are accustomed to living in a home with people and being fed cat food, a jaguarundi wants to live in freedom outdoors and find its own food to eat.