Colour
Skin Type
Hair
Lifespan
Different species live from 10 to 30 years
Weight
The angler can weigh up to 127 pounds!
Length
Up to 78 inches

Click through all of our Monkfish images in the gallery. 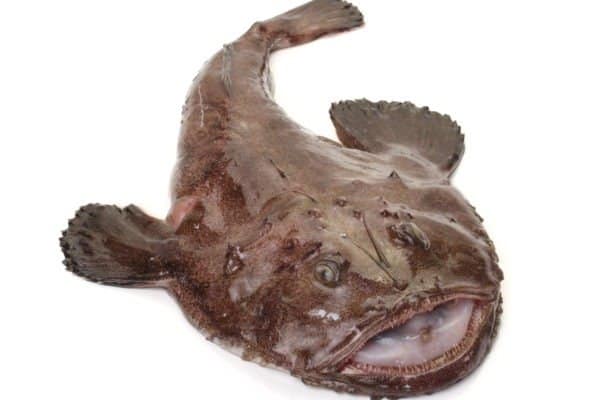 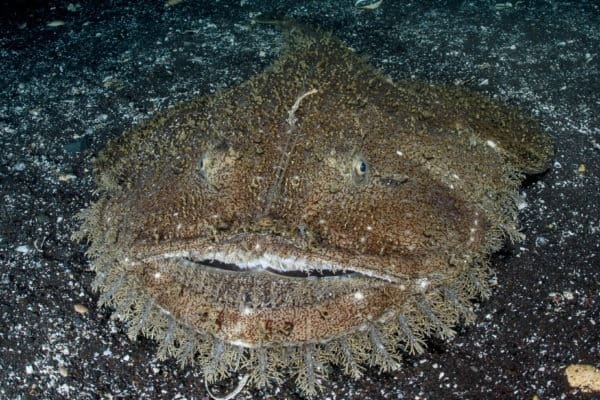 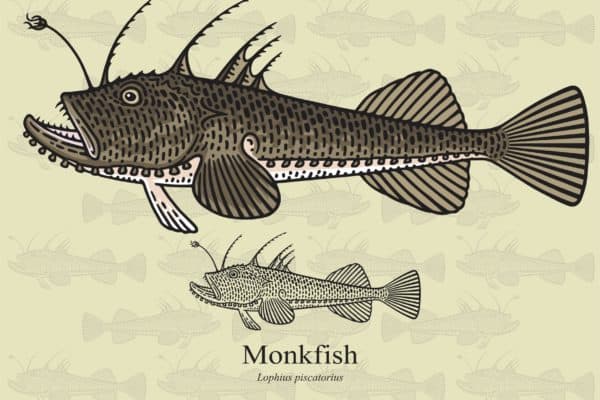 View all of the Monkfish images!

Monkfish are part of the genus Lophius and are found along the coasts of the Atlantic Ocean and also in Asia.

Monkfish have one of the most unusual appearances in the animal kingdom, but are ferocious predators! They lay on the bottom of the ocean and ambush fish attracted to an antennae that’s used as bait. Once fish draw near, the monkfish strikes quickly and can swallow fish that are nearly its own size!

The scientific name of the monkfish found off America’s Atlantic coast is Lophius Americanus.

Monkfish are part of the order Lophiiformes, or anglerfish. The order has 5 suborders, 17 families, 65 genera, and 300 species (Eschmeyer). The genus Lophius contains seven species with similar appearance that are spread across the world. While all these species are sometimes referred to as ‘monkfish,’ other common names include goosefish, fishing frogs, sea-devils, angler, all mouth, abbot, and Lotte.

Monkfish can be found across the world, but there are seven distinct species in the genius Lophius. The species of monkfish are:

Each species of monkfish is described below.

Monkfish have an extremely unique appearance. Possessing extremely wide mouths and flattened bodies, as a member of the anglerfish order, monkfish have evolved so the spines on their dorsal fin function as “lures.”

Monkfish can move this spine in any direction, and a small fleshy piece on top helps move prey into an area where they can quickly strike. These bottom-dwelling fish are brown in color, but have marbling that helps them blend in with the bottom of the seafloor.

Monkfish species grow to various sizes, with the angler reaching up to 127 pounds and 78.8 inches. Species in more temperate areas, such as the blackfin goosefish, are smaller and reach maximum sizes of roughly two feet in length.

Monkfish are found on continental shelves, generally in waters between 20 to 1,000 meters. Species of monkfish can be found off the Atlantic coasts of both North and South America, Europe, Africa‘s Atlantic coast, and from China to Japan in the Pacific.

The NOAA’s most recent assessment of monkfish (American angler) biomass stands at about 197,280 metric tons. The species has been classified as not overfished and quotas have actually been raised to encourage more fishing of monkfish as its fishery has been sustainably managed. However, the devil anglerfish — which lives off the coast of South Africa and Namibia — has been classified as Near Threatened by the IUCN.

Monkfish live in sand and sediment on the bottoms of oceans. Throughout the year their habitats will change as they migrate to spawn and find new food sources. Although monkfish are the highly-valued fish in the Northeastern United States, there is still little known about their migratory patterns. A 2018 survey hypothesized monkfish migrated to deeper water during the summer to avoid warmer water temperatures.

Monkfish hunt by laying near the ocean floor similar to other bottom-dwelling fish like fluke fish. However, anglerfish have a unique adaptation: an antennae on top their head that’s moved to attract fish who are drawn to this “bait.” This technique allows the monkfish to use incredibly little energy as it simply waits for prey to come to it. Once prey is near, the monkfish strikes with lightning-fast speed and has a wide mouth that allows it to catch larger fish species. Its stomach can also stretch to accommodate larger prey that can exceed 50 pounds of weight!

The primary prey of monkfish changes with age. As larvae they eat plankton, while juveniles feed on crustaceans and small fish. Once fully grown, monkfish feed on predominately on larger fish. However, monkfish have been discovered with seabirds and even sea otters in their stomachs!

As monkfish grow older they face few predators, however sharks and even skate fish will prey on monkfish when provided the opportunity.

Monkfish is an important fishery in both the United States and Europe. While there’s limited recreational fishing of the species, government agencies manage quotas. In recent years, the U.S. limit for monkfish has been raised to encourage fishermen to catch more of the species, as its stocks appear to be well-managed. The fish is caught through both trawling and gillnet gear.

Monkfish has long been a staple in French cuisine, but has seen increased popularity in America. While monkfish have large heads, its the tail (and liver) that is edible and sold at fish markets. Tails on monkfish generally weigh between one and four pounds of dense meat lacking any bones.

The meat of monkfish is often compared to lobster because it has a slightly sweet character and a similar firm texture. However, monkfish often costs much less than lobster. At Northeastern fish markets, monkfish tails will often cost $7 per pound vs. $10 or more for lobsters. This has led to monkfish being called “the poor man’s lobster.”

Many recipes call for monkfish to replace lobster. The dish is typically baked and then has added ingredients such as butter and lemon to provide additional flavor to the dish.

Monkfish is adaptable and is also used in a variety of soups and other preparations.

Monkfish have a slightly sweet taste and their tales possess dense meat. Both these qualities are similar to lobster and have led to monkfish being known as “the poor man’s lobster.”

What is a monkfish?

Monkfish are bottom-dwelling fish that are part of the anglerfish order. They have large mouths and flat bodies and rely on using a “lure” on the top of their head to ambush prey. Monkfish generally live at depths between 20 and 1,000 meters and are prized for the meat on their tails which is comparable in taste and texture to a lobster.

While monkfish are often called sea devils for their ‘monster-like’ appearance, they lack any unique smell. Their smell should be similar to other animals from the ocean. If a monkfish has a sour or especially pungent odor, the meat is likely expiring.

What kind of nutrition does monkfish have?

Per 100 gram serving monkfish has 76 calories. 18% of their calories are fat while the remainder is protein. The species has low saturated fat, measured at .3 grams per serving.

Where to catch monkfish

Are Monkfish herbivores, carnivores, or omnivores?

Monkfish are Carnivores, meaning they eat other animals.

What Kingdom do Monkfish belong to?

Monkfish belong to the Kingdom Animalia.

What phylum do Monkfish belong to?

Monkfish belong to the phylum Chordata.

What class do Monkfish belong to?

Monkfish belong to the class Actinopterygii.

What family do Monkfish belong to?

Monkfish belong to the family Lophiidae.

What order do Monkfish belong to?

Monkfish belong to the order Lophiiformes.

What genus do Monkfish belong to?

Monkfish belong to the genus Lophius.

In what type of habitat do Monkfish live?

What is the main prey for Monkfish?

What are some predators of Monkfish?

Predators of Monkfish include sharks, swordfish, and large skate species.

What is the lifespan of a Monkfish?

How many species of Monkfish are there?

There are 7 species of Monkfish.

How many species of Monkfish are there?

There are 7 species of Monkfish.

What is the biggest threat to the Monkfish?

The biggest threat to Monkfish is overfishing.

What is another name for the Monkfish?

The Monkfish is also called the goosefish, angler, fishing frogs, or Lotte .