Louisiana is full of truly amazing and unique lakes, many surrounded by rich and diverse wetland habitats. The lakes provide a home to monster sunfish and catfish, a plethora of crappie, and even purported Bigfoot sightings! Many of the lakes in the state are actually wetlands, marshes, lagoons, and other very interesting environments making for an exciting lake-going experience.

From Lake Maurepas’ undeveloped laid-back atmosphere to Lake Pontchartrain, the state’s largest lake, there is a lake experience for everyone in Louisiana. State visitors explore Calcasieu Lake to view a rare pink dolphin named Pinky and anglers take advantage of Lac des Allemands, the “Catfish Capital of the Universe.”

Caddo Lake and Black Lake, also called Clear Lake, are great destinations for anglers. In addition to the great fishing presented by Louisiana’s lakes, birds and other wildlife are richly dispersed across the diverse landscapes of Calcasieu Lake and Catahoula Lake. Nearly all the lakes in the state offer excellent boating and primitive camping options directly at the water or nearby.

Toledo Bend Reservoir is located on the western edge of Louisiana with parts reaching over into Texas. The reservoir’s creation helps with flood control, power generation, drinking water and recreation. It’s part of the Sabine River and is the fifth largest reservoir by surface acre in the United States.

Camping options and boat ramps are plentiful! Boaters need to act with caution in the water due to the many trees found below the surface. Birdwatchers will see a wide range of species including ducks, geese, common goldeneye, greater scaup, lesser scaup, ring-necked duck, American coot, pied-billed grebe, and black and surf scoters.

Lake Borgne is located in southeastern Louisiana close to the Mississippi border. It’s a unique body of water, once a fully enclosed freshwater lagoon. Through coastal erosion, the lake became an arm of the Gulf of Mexico.

The brackish water in Lake Borgne supports both salt and freshwater fish species. Some of the common catches reported by anglers include red drum, spotted seatrout, black drum, bream, catfish, flounder, striped mullet, gulf menhaden, bay anchovy, and sheepshead. Don’t just show up to fish! Get your traps out and taste some of the blue crab, brown shrimp, white shrimp, and oyster plentiful in these waters.

Lake Maurepas is located in south-central Louisiana on the west side of Lake Pontchartrain near the city of New Orleans. It’s a naturally formed lake taking shape around two thousand years ago. It is the second largest lake completely seated within Louisiana, providing a wide range of outdoor recreational activities including hiking, camping, birding, fishing, boating, wildlife viewing, hunting, and trapping.

The larger Lake Pontchartrain Basin is actually composed of three major bodies of water. Lakes Borgne, Pontchartrain, and Maurepas create a rich and complex environment for a wide range of bird species: wood ducks, black-bellied whistling ducks, egrets, and herons. Camping is limited and primitive at the lake but there are two tent-only camping areas available.

Calcasieu Lake, locally known as Big Lake, is located in southwestern Louisiana close to Sabine Lake and the Texas border. The lake is known for a pink, albino dolphin roaming the waters; named Pinky. The pink dolphin was first spotted in 2017 and remains a tourist attraction at the lake.

The lake is also known for great red drum and spotted trout fishing, even being called the “Speckled Trout Capital of the World.” Trout fishing from the shoreline is productive and deeper water opportunities are available through several boat launches around the lake. Crab, brown shrimp, and white shrimp are also common catches at Calcasieu Lake.

Catahoula Lake is located in central-western Louisiana thirty miles northeast of Alexandria. It’s the largest natural freshwater lake in the state and is a shallow, poorly drained wetland categorized as the largest moist soil unit in Northern America. The lake has a history of controversy regarding what type of body of water it is exactly and who should own and be able to access the area.

Due to the current litigation surrounding the lake, it’s best to check the most current local regulations you can find for hunting. Anglers are currently able to access portions of the shoreline and the available boat launches. Common fish species reported at Catahoula Lake are largemouth bass, crappie, bluegill, catfish, and freshwater drum.

The nearby Catahoula National Wildlife Refuge is a prime spot for birding and wildlife enthusiasts. The diversity of the lake and surrounding area provides a home to many bird species including Cooper’s hawk, sharp-shinned hawk, spotted sandpiper, red-winged blackbird, mallard, American black duck, American cliff swallow, and downy woodpeckers. When hunting is permitted, the area is known to provide great opportunities to take home deer, squirrel, and duck.

Bayou D’Arbonne Lake, located in north-central Louisiana, was formed in 1963 by the construction of a dam to provide water for industrial and agricultural purposes. The lake and surrounding area also provide recreational outdoor activities such as fishing, summer swimming, wildlife viewing, boating, and even golf. Anglers utilize the fishing piers and boat docks provided; nearby camping options including cabin rental are also available.

Crappie is the main attraction for anglers at Bayou D’Arbonne Lake; it’s known as one of the best lakes in the country for the species. Other commonly sought fish species in the lake are catfish, bass, perch, panfish, and bream. Although crappie is the prime target, there was a fifteen-pound lake-record bass pulled from the waters in 2000.

Nearby D’Arbonne State Park offers many amenities and activities including the White, Orange, Green, and Blue Trails for hiking, a visitors center, a lighted tennis court, a swimming pool, campsites, and playgrounds. Lake visitors explore the vast array of wildlife at Ouachita National Wildlife Refuge, on the lookout for the red-cockaded woodpecker, Louisiana black bear, deer, turkeys, alligators, beavers, and bald eagle.

Lac des Allemands is located roughly twenty-five miles southwest of New Orleans in southeastern Louisiana. The lake’s name is French and translates to “Lake of the Germans” due to the number of German settlers that once lived in the area. Lac des Allemands is referred to as the “Catfish Capital of the Universe” for the abundance of the species that inhabit the waters.

The lake is made up of many canals, swamps, and bayous providing wetland habitats filled with fallen trees, grasses, stumps, and brush tops. A multitude of catfish swim the lake’s waters with eager anglers hoping to hook the next sixty-pound monster. Lac des Allemands is also home to many other types of fish including largemouth bass, spotted bass, bluegill, sunfish, and warmouth; crappie fishing is said to be best during autumn.

Cross Lake was originally created to act as support for railroad lines and serve as a water supply for the city of Shreveport, Louisiana. Today the lake is a nationally recognized tournament-level bass fishing hot spot. Boating, watersports, and swimming are also very popular on Cross Lake, remain cautious due to the alligator population.

Anglers know the lake for bass however many other species are regularly caught including crappie, catfish, white perch, bluegill, and red ear sunfish. With specific regulations for bass, be sure to check them in full detail; it’s a “slot lake.” The largemouth bass is the prime target at Cross Lake with tournaments happening regularly, so be sure to look ahead for dates!

There are two parks on Cross Lake, Ford Park and Richard Fleming Park, where visitors launch their boats. The eighty-five-acre Ford Park boasts two ball fields, two tennis courts, a disc golf course, a walking trail, and a pier; both parks have picnic areas. Even more amenities in a relaxed and comfortable environment are found at The Shreveport Yacht Club.

The lake does provide some limited hunting options, however the guidelines are very unique. There is no spring squirrel season and other stipulations and regulations are in place. Be sure to double-check before heading out.

Lake Pontchartrain is a naturally formed tidal lagoon located in southeastern Louisiana that began taking shape thousands of years ago. The lake’s name comes from French Canadian explorer Pierre Le Moyne d’Iberville; the first European to discover the lake in 1699. It’s a brackish body of water with varying levels of salinity throughout the year; creating a diverse habitat for fish and other wildlife.

The lake and surrounding wetland area are shelter to pelicans, eagles, ospreys, otters, manatees, gulls, terns, herons, egrets, rails, black skimmer, and many other types of birds and animals. Camping and overnight options surround the lake for full weekend adventures. Visitors should also take a drive on the longest continuous bridge over water in the world, spanning the second largest saltwater lake in the United States.

Caddo Lake is located in northwestern Louisiana on the Texas border. It’s an internationally protected wetland and one of the largest flooded cypress forests in the United States. Some speculation exists on the history of the lake’s creation with legend stating the 1811–12 New Madrid earthquakes were responsible and science pointing to the “Great Raft”. The raft was a one hundred-mile-long log jam very historically relevant to the lake and area.

The world’s first oil platform was built over Lake Caddo in 1911 in an effort to capitalize on the oil source discovered beneath the lake. The venture didn’t last long and oil drilling and harvesting soon halted and moved on. Later, ammunition processing caused further damage to the area, however, the environment has since been restored. Today the lake is home to a wide range of wildlife species including owls, snakes, frogs, waterfowl, bobcats, river otters, beavers, eagles, and alligators. 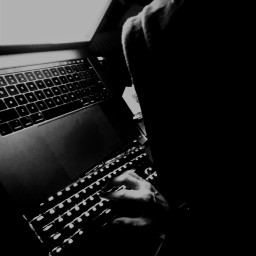 Sean is a professionally published author, mostly in the tech space. He's worked as a writer, editor, and reviewer for O'Reilly Media, Adobe, Manning, Addison-Wesley, and many more. Sean is also a lifelong musician and writes about audio production. Recently he's been focused on web3 and music NFTs.

Where is the catfish capital of the world?

Lac Des Allemands is known as the “Catfish Capital of the World.”

Where can you find the longest continuous bridge over water in the world?

The Lake Pontchartrain Bridge is the longest continuous bridge over water in the world. 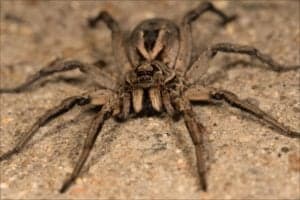