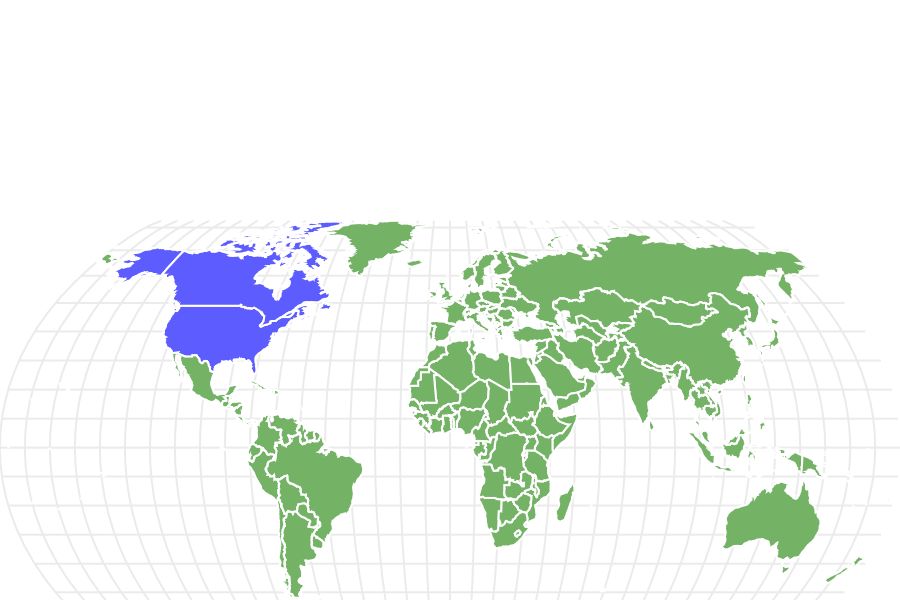 View all of our River Otter pictures in the gallery.

View all of the River Otter images!

“The river otter is the largest member of the weasel family.“

This species of otter is found across much of Canada and the United States. Identification of this marine mammal is easy, once you realize it is significantly smaller than the sea otter. That isn’t the only difference. While sea otters rarely come onto land, river otters spend significant time on land. They meet in social groups and will frolic along banks and in the water together playfully.

The otter’s heavy coat protects it from the cold, so it doesn’t rely on hibernation to make it through the cold winter months. Winter can be the best time to catch sight of these shy mammals, as they are more active during the day during this time of year.

One of the most significant fun facts about this animal is that it is considered an indicator species, meaning its presence, or absence, can be used to determine the health of a particular environment.

Lontra canadensis, the scientific name for the river otter, comes from Lontra, which is the genus for American otters, and canadensis, which means “of Canada”. These animals, as well as other American species of otters, were formally included in the Lutra genus. For more accurate identification purposes, the American species were given their own genus, made up of four extant and one extinct species.

The North American river otter has adaptations that allow it to spend as much time in the water as on the land. They have long, narrow bodies that taper to the point of their tail. They can close their nostrils, which keeps water out as they swim. Their ears are small and set close to the skull. These otters have short, powerful legs with webbed feet. Their streamlined body and stocky legs allow it to move comfortably on both land and water.

Unlike many warm-blooded animals that spend time in cold waters, they do not have an insulating layer of blubber to keep them warm. Instead, they rely on a thick double coat. Their water-resistant fur must be groomed frequently to provide protection and warmth. Rather than shedding seasonally, they can regulate their temperature by fluffing their fur to trap air, which acts as insulation. Outer guard hairs protect the insulating underlayer.

Identification of the different types of otters in the wild can be a challenge. If you know some fun facts to quickly identify the river otter, you will be able to tell the difference between river and sea otters more easily.

The swimming and sleeping patterns of the two are different as well. River otters rest and lounge on dry land and swim belly down. Sea otters spend nearly all of their time in the water. They often float on their backs, even eating and napping this way. One of the adaptations the sea otter has developed is its habit of holding hands with its companions while napping. This keeps the partners from drifting apart while sleeping.

River otters live alone or in pairs, but they frequently gather in social groups. While together, they exhibit playful behavior, such as sliding and burrowing along river banks. This looks like fun and games, but this behavior strengthens social bonds and improves hunting ability. River otters use scent glands, urination, defecation, and scratching to mark territory. They spend time each day patrolling their territory, marking trees and rocks.

River otters can live in either fresh or marine water. They make their homes in riparian zones, which are areas where land and water intersect. This can be along rivers, streams, ponds, lakes, and even marshes.

The river otter has adaptations that allow it to easily live in a range of climates, from hot to cold, and from coastal wetlands to higher elevations. What these mammals do not care for, however, is human disturbance. They are shy and prefer clean water, which leads them to areas where there is less pressure from civilization.

Despite spending so much time in the water, the river otter is able to thrive during cold weather. Hibernation makes sense for animals that spend so much of their life in water, but you may actually have better luck seeing a river otter in the winter than at other times of the year. During milder weather, it is mostly nocturnal, meaning most active at night.

During cold weather, however, they become diurnal, taking advantage of the warmer days to hunt and explore, and retreating to their nest for the night. If the surface of the water freezes, the otter is able to find cracks or weak areas to dive through and find food. Hibernation of other species may make finding meals more challenging. In the coldest months, crayfish, which do well in cold water, make up a substantial portion of the otter’s diet.

The otter’s location factors into its ideal diet. Fish is a preferred food, of course, but they also eat crayfish, snails, small turtles, freshwater clams, mussels, frogs, and salamanders. They can also make a meal out of small mammals, such as mice, as well as birds and bird eggs.

The greatest threat to this species is the loss of habitat. They prefer clear, clean water, which is often lost to development. Predators that they must watch out for include mountain lions, black bears, coyotes, wolves, and even alligators. In the water, the otter is nearly untouchable, with their strong, agile swimming skills and ferocious bite. Most risks they encounter are when they are lounging on dry land.

The reproductive life cycle of the river otter isn’t clear. It is difficult to study these creatures in the wild, so scientists aren’t sure about many aspects of their mating rituals. There are some studies that indicate they mate for life, while others infer the coupling is only for a few months.

Once mating occurs, there is a delay in the implantation. Implantation can be delayed for nine to 11 months and is followed by a 60 day gestation period. Otters typically give birth in March and April. The newborn otters are born totally helpless, with their eyes closed and without teeth. During this period, the male who was present for mating is chased away from the den. He will return after the young are weaned and mobile. At that point, he will help raise the young.

The young stay in their nest for the first two months of their life. Once they leave the nest, they will continue to nurse for another month or so, even as they eat solid food. Natural swimmers, most pups require some initial encouragement from their mother before getting in the water for the first time.

One of the fun facts about these mammals is that they remain together as a family unit until the young are around 8 months old. At that point, the mother often has another litter, and the young are ready to move on. They will not be ready to have their own families for another year or two.

It is estimated that there are around 100,000 North American otters. They are not considered endangered, as they are classified as Least Concerned and their population is stable.

What is a river otter?

A semi-aquatic mammal designed to thrive in cold water.

They have a thick coat of fur that protects them while swimming in cold rivers. Shedding is not an issue, but the otter spends a great deal of time grooming itself. Rubbing and rolling on grass and bark keep the coat in good condition, providing insulation and warmth in the often cold waters where they swim.

Their webbed feet, attached to short, strong legs, power them through the water. Overall, they have a narrow body that ends with a strong tail that acts as a rudder in the water.

How big is a river otter?

The river otter matures to around 18 pounds.

The river otter most often lives alone or as a pair, but they do socialize in larger groups. They are active and playful when interacting with each other. They are not aggressive towards humans, but will typically avoid encounters when possible.

Is it rare to see a river otter?

The North American river otter is plentiful from Canada and Alaska to the Rio Grande. As long as the area has trees and water, you can find the otter. However, they are shy and reclusive. As playful as they are with others of their kind, they are quick to slip away or into their dens when they hear humans. So, while the river otter is not a rare animal, it is rare to see one in the wild.

Where are river otters found?

The river otter, a North American species of otter, has a habitat that extends as far north as Canada and as far south as the Rio Grande River. They do not live in arid, desert areas or the tree-less arctic region. They are flexible about their aquatic habitat and can live in rivers, streams, ponds, lakes, and marshes.

Where do river otters make their nests?

The location of the river otter’s nest depends on a few things. The North American river otter may choose to build a nest in a burrow abandoned by another mammal. They can also make their nest in naturally occurring hollows, such as an area under a fallen log. Their nest includes an underwater entrance and exit point. From there, a tunnel leads to the nesting area, which they line with grass, bark, moss, leaves, and hair.

Where do river otters sleep at night?

River otters sleep on land, either in their nest or above ground. Their ability to make a speedy departure when necessary allows them to nap comfortably in the open. Along with their nest, individual North American river otters generally have several favorite lounging areas where they rest.