These tiny yet intelligent monkeys often give birth to fraternal twins. 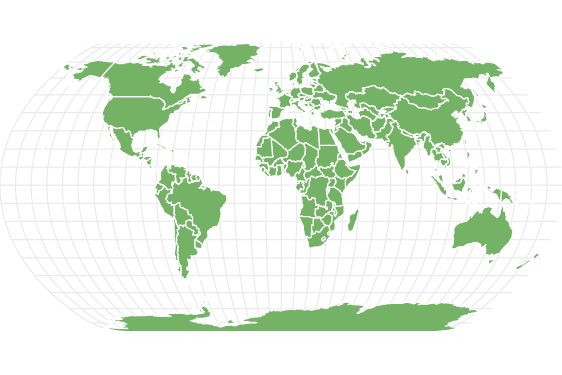 View all of our Tamarin pictures in the gallery.

View all of the Tamarin images!

Tamarins are small New World monkeys from the family Callitrichidae. You can find tamarins from southern Central America throughout central South America, particularly in the Amazon Basin. They live in family groups and spend most of their lives in trees which provide them with food and cover. Many tamarin species are threatened by habitat loss and hunting, and some are classified as Endangered species by the IUCN.

The appearance of tamarins varies depending on the species. All tamarins have hairs across the length of their bodies. They vary in color, with some – like the golden lion tamarin – appearing goldish-orange, while others look brown, black, or white. Some species possess large manes around the neck and head, such as the lion tamarins, while others have distinguishing facial features, like the mustached tamarin with its great, busy mustache. Although tamarins range in terms of size and weight, they are all noticeably small. On average, most species weigh between 0.75 and 1.5 pounds and measure around 8 to 12 inches long. They possess long tails and large eyes, as well as long claws.

According to taxonomic review, tamarins first split off from other callitrichids between 15 and 30 million years ago. For years, researchers thought that tamarins were primitive primates, but now they are simply viewed as a dwarf lineage. In fact, tamarins likely started out larger in size and, over time, grew smaller as they adapted to their environment. The theory goes that tamarins emerged during a time of patchy forest distribution. This selected traits for smaller animals that could survive in smaller trees with thinner branches that could not otherwise support larger monkeys. The smaller monkeys stayed in the trees and lived, while the larger monkeys fell or returned to the ground and were eaten.

At first, saddle-back tamarins used to belong to the genus Sanguins. However, further review led researchers to classify them in their own genus, Leontocebus, based on genetic data and the fact that the territories of saddle-back tamarins overlap with members of Saguinus more often than expected with two species in the same genus.

Tamarins live in groups known as troops that can contain up to 40 members. That said, most troops consist of less than 10 members, mostly close family members. Each member of the group looks out for the other. They cooperate with each other and engage in social behaviors, including grooming. Tamarins rest together in groups and use sleep systems to make sure that each member stays safe. Similarly, each member keeps an eye out for predators while feeding. They use a wide range of vocal sounds that – while intelligible to us – communicate various meanings to the troop. Like other apes and monkeys, tamarins can use tools to solve simple tasks. With training and repetition, they can even learn to manipulate multiple tools to complete more complex challenges.

You can find tamarins from southern Central America to central South America. In particular, they are most present in the Amazon Basin, the Andes, and the Guayanas. Tamarins live in tropical rainforests and open woodlands. They are arboreal, meaning that they spend the majority of their lives in trees. Trees provide them both with food in the form of fruits, sap, and insects, as well as cover and protection from predators.

Overall, tamarins are omnivores that eat a wide array of foods. Their diet varies depending on the species, but most primarily live on either insects or fruit. They find insects by using their long claws to explore the cracks in tree bark and other crevices. Tamarins also collect sap from trees and dine on flowers, green vegetation, and nectar. Occasionally, they may eat bird eggs or small vertebrates like frogs or lizards.

Predators and Threats of the Tamarin

Tamarins make easy prey due to their small size. Some animals that prey on tamarins include birds of prey, coatis, snakes, and wild cats like ocelots and margays. Tamarins use tree cover to try to avoid predators and keep an eye out for one another while feeding. They also maintain group sleep systems to protect each other at night. However, the main threat to tamarins comes not from predators but from human activities. Habitat loss, in particular, poses a substantial risk to most tamarin species. Tamarins are losing their native habitat due to climate change and the clearing of trees for agricultural production. For example, demand for cocoa has led to the clearing of trees where tamarins make their homes, which means they have fewer places to live or feed.

Typically, tamarin families consist of one or two adult males and one reproductive female. Tamarins frequently practice polyandry, in which a single female mates with multiple males. However, some other species practice monogamy as well as other forms of bonding. The gestation period lasts approximately 4 to 6 months. Oddly, females give birth to fraternal twins around 80% of the time. Every member of the troop helps to care for the young, including the nonbreeding juvenile males and females. Tamarins reach sexual maturity between 1 and 1.5 and 2 years old. While most wild and captive tamarins live approximately 10 years, they can live up to 20 years, given the right conditions.

Are tamarins carnivores, herbivores, or omnivores?

Tamarins are omnivores that eat a wide range of foods, including fruits, insects, spiders, bird eggs, flowers, leaves, and sap. They may also eat small vertebrates including lizards and frogs.

Where are tamarins found?

You can find tamarins from southern Central America to central South America. Their range extends throughout much of the Amazon Basin, the Guayanas, and parts of the Andes.

How intelligent are tamarins?

Although intelligence varies between individuals, tamarins display relatively high levels of intelligence. They use tools to solve problems, and with training can learn to solve even more complex tasks requiring multiple steps or tools.

Generally speaking, tamarins are more likely to flee than to fight. However, mature females may show aggression towards non-breeding females, while males can act territorial towards male tamarins from outside their troop.