Adult Mole crickets may fly as far as 5 miles during mating season and are active most of the year. 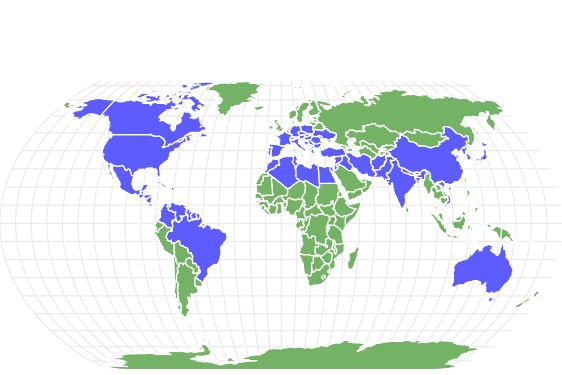 View all of our Mole Cricket pictures in the gallery.

View all of the Mole Cricket images!

The mole cricket is a family of burrowing insects (hence the name). Most of them have a shovel-like forelimb that enables them to dig through the dirt and create elaborate tunnels.

Almost every aspect of the cricket’s life, including feeding, breeding, and protection from predators, take place underground, despite the fact that most of them are capable of flight. While they pose no direct threat to people, except for maybe a mild bite, mole crickets can be a huge nuisance if they start to cause damage to the soil of your lawn or garden.

The scientific name of the insect is Gryllotalpidae. This appears to be the combination of two Latin words: gryllus for cricket and talpa for mole. There are more than a hundred recognized species in the mole cricket family, but many more are thought to be undiscovered, particularly in Asia. Despite the name, they are not closely related to the so-called pygmy mole crickets.

Appearance: How to Identify Mole Crickets

These insects look like a strange chimera: a combination between a mole and a cricket. It is characterized by a long, cylindrical body, two antennae on the head, two pairs of wings folded against the abdomen, and two long sensory organs on the back. In a remarkable example of convergent evolution, the forelimbs are shaped very much like the digging claws of a mole, but the other two pairs of legs look more like a typical cricket. These are medium-sized insects, measuring somewhere between an inch and two.

Habitat: Where to Find Mole Crickets

These insects are found almost anywhere in the world with loose enough soil. They appear to be particularly abundant in Asia. But because of their nocturnal nature and underground lifestyle, they’re quite elusive animals. Oftentimes their burrowing holes are often seen before an actual mole cricket.

Diet: What Do Mole Crickets Eat?

The insect has adopted many different styles of feeding. They run the full gamut between a pure herbivore, a carnivore, and everything in between.

What eats the mole cricket?

That depends on where they live. These insects are preyed upon by all kinds of mammals, lizards, birds, toads, beetles, and spiders. Perhaps the grizzliest way for the insect to die is via a parasitoid wasp, which paralyzes its victims with its sting and then lays its eggs on the body. The newly hatched larvae will then consume the body whole, even if the mole cricket is still alive. The mole cricket’s underground habitat provides a degree of protection against many potential predators. When alarmed, some mole crickets can eject a bad-smelling brown liquid from the anal gland. As a last resort, they can also bite.

What does the mole cricket eat?

These insects do much of their feeding in the ground. Some species feed exclusively on roots. Others supplement this with worms or grubs. Some species are completely predatory in nature; worms and grubs are their only source of food.

Prevention: How to Get Rid of Mole Crickets

Because they spend so much time hidden underground, these insects can be difficult to detect at first until they’re already well-established in your lawn or garden. Plant or crop damage at the root, combined with burrowing holes around the soil, is usually a sure sign of an infestation. Spring and fall are usually when mole crickets are most active. They do the most damage after the breeding season when the latest generation of mole crickets first emerges from their burrows.

The easiest way to flush them out is to cover the area with soapy water, best applied when the soil is already moist, like in the morning. After a few minutes, this will force the insects to the surface, but it won’t kill them. The purpose of this strategy is to simply identify the scale of the problem.

Once you know the extent of the infestation, baits, and chemical treatments are usually the most effective options for controlling this insect population. You will need to be careful and thorough in the application of any treatment because these insects usually return to the same patch of soil every year to produce more young, which can make them a persistent problem if you miss some individuals. A professional may be needed to fully get rid of all of the insects.

What is a mole cricket?

The mole cricket is a burrowing insect of the family Gryllotalpidae. They are easily identified by their shovel-like forelimbs and their relatively large size. They are quite common all over the world. However, because they spend most of their time underground, the mole cricket is not quite as well-known as many other types of insects.

How many legs does a mole crickets have?

Like all insects, the mole cricket has six legs. Two of these legs are actually fashioned into the shape of shovels.

How do you identify the mole cricket?

The mole cricket is easiest to identify from the small burrowing holes in the soil and the damage they cause to plants. If you ever catch sight of one, they mostly look like a normal cricket, except for the shovel-like forelimbs, which aid in identification. The sound of the male’s song is difficult for non-experts to distinguish from other types of crickets.

Is a mole cricket dangerous?

Except for a small bite, the mole cricket is almost completely harmless to humans. While the two appendages on the back (called the cerci) may look like stingers, they are actually sensory organs.

Why are mole crickets bad?

The mole cricket has earned a reputation as an annoying pest for its habit of digging through soil and damaging crops or flowers. They can also cause unsightly mounds in the soil. This is a particular problem when there are few natural predators to control mole cricket populations. In the 20th century, the southeastern United States faced an invasion from non-native mole cricket species, which caused extensive damage to crops. They continue to remain a persistent problem.

What does a mole cricket do?

The defining characteristic of the mole cricket is its ability to burrow underground. It spends a great deal of its life in underground tunnels. They can cause damage to lawns, gardens, golf courses, and other property.

How do I kill mole crickets?

Baits and chemical treatments are the best ways to stop an infestation of mole crickets. Non-chemical means of control are somewhat limited. One such method is to deliberately spread a bacterial infection through the mole cricket population, which will kill them.

The mole cricket, as the name suggests, looks like a cross between a cricket and a mole. It is characterized by a long, cylindrical body, two antennae, two pairs of wings, two long sensory organs on the back, and of course, the shovel-like forelimbs.