Joy and happiness are the spiritual meaning of this bird. 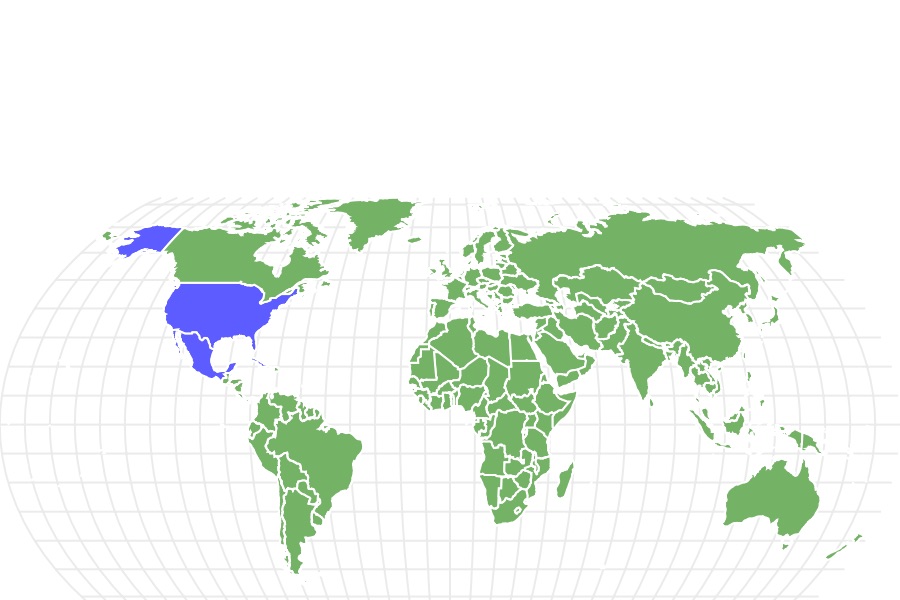 View all of our Blue Gray Gnatcatcher pictures in the gallery.

View all of the Blue Gray Gnatcatcher images!

“A Blue-gray gnatcatcher can snatch insects out of mid-air”

Where to Find Blue-Gray Gnatcatcher

The Blue-gray gnatcatcher is native to North America and lives in a temperate climate. These birds are year-round residents in many states along the southern coast of the United States. This range includes the southern part of California traveling east to Florida and up into southern parts of Georgia and South Carolina. Some are permanent residents of Mexico and Cuba as well.

There are some Blue-gray gnatcatchers that make their home in northern parts of the United States. But birds living in northern states such as Michigan and Wisconsin migrate south for the winter. Sometimes they travel as far as Mexico. These birds start migrating south in September.

The breeding season for this bird runs from March or April into late July. This is a great time to see these birds at work building nests and feeding their chicks. So, if you see a couple of Blue-gray gnatcatchers building a nest remember that joy and happiness are two words in the spiritual meaning of this feathered creature.

In the springtime, the male Blue-gray gnatcatcher sings its song to attract females to the area. Once he finds a mate, nest construction begins.

The nest design is a cup shape made with mud, grass, and twigs. Animal hair and grass are put on the inside of the nest to serve as a soft layer for the eggs. Both male and female Blue-gray gnatcatchers work together to apply a layer of spider webs and lichen to the exterior of the nest. This helps hide it from predators. These birds usually build their nest at a height of 20 to 40 feet in a tree.

Polioptila caerulea is the scientific name of the Blue-gray gnatcatcher. The Greek word Polioptila means gray plumage and the word caerulea means blue. It’s in the Aves class and the Polioptilidae family.

Well, the name of the Blue-gray gnatcatcher says a lot about the appearance and behavior of this bird. Yes, this bird has bluish-gray feathers on its back and wings along with a cap of deeper blue feathers on its head. Its breast is white.

Blue-gray gnatcatchers have a long, thin, pointed beak. Its beak design allows it to pluck an insect out of the air. Capturing insects in mid-air is called hawking.

Its long tail feathers contain both black and white feathers. This bird flicks its tail feathers side to side to frighten insects out of bushes.

Male Blue-gray gnatcatchers are larger than females. Plus, a male has a black stripe extending from the base of its beak, over each eye, and across each side of its head.

The length of a Blue-gray gnatcatcher is four to five inches, and its height is three to four inches. It’s very light, weighing just .21 ounces. The wingspan of this bird is 6.3 inches.

The dark color of the Blue-gray gnatcatcher gives it an advantage when it’s trying to blend into its wooded habitat. The thin, pointed beak of this bird helps it to get a firm hold on its prey.

The Blue-gray gnatcatcher covers the outside of its nest with spider webs and lichen. Once again, this is an attempt to hide the nest from snakes, hawks, and other predators able to get into the treetops to kill an adult bird or steal an egg. This bird uses its call to warn other Blue-gray gnatcatchers of predators.

Blue-gray gnatcatchers living in the northern parts of the United States migrate south to warmer weather for the winter season. In late September, birds living in Michigan, Wisconsin, southern Montana, and other northern states start on a southward path. Some of these birds stay in southern states such as Florida, Georgia, or Texas for the winter. Other Blue-gray gnatcatchers travel further south into Mexico.

In the spring, these migratory birds fly north again for the breeding season starting in March or April.

Does a Blue-gray gnatcatcher look like a carnivore to you? It is! In fact, some biologists call this bird an insectivore because of its diet of insects.

What does a Blue-gray gnatcatcher eat?

This bird eats flies, leafhoppers, small wasps, spiders, and caterpillars. Along with capturing insects in mid-air, they also hop along the branches of a tree looking for bugs on leaves.

One interesting behavior of this bird is it will pick up a leaf-covered twig and shake it. This is an effort to scare the insects out from beneath the leaves.

What eats a Blue-gray gnatcatcher?

This tiny bird has lots of predators including snakes, hawks, kestrels, and cats. All of these animals are able to chase after Blue-gray gnatcatchers even if they try to escape into the trees.

Loss of habitat is an issue for Blue-gray gnatcatchers, but it’s not considered of major concern. The IUCN Red List of Threatened Species reports this bird as Least Concern with a population that is rising.

Both the male and the female take turns going out to find food for their babies, or chicks. The chicks grow quickly and are able to leave the nest at about 14 or 15 days old.

Typically, these birds live up to four years of age. But there is one Blue-gray gnatcatcher on record as having lived four years, two months!

Despite not having a specific population listed on their IUCN Red List of Threatened Species page, this bird is thought to be of Least Concern. Furthermore, its numbers are estimated to be on the rise.

Does the Blue-gray gnatcatcher migrate?

Yes. Blue-gray gnatcatchers living in the northern portion of the United States migrate south to warmer areas. This could be a southern state within the U.S. or Mexico.

How many eggs does the Blue-gray gnatcatcher lay?

They lay four to five eggs.

How fast does Blue-gray gnatcatcher fly?

It can fly approximately 30mph.

What is Blue-gray gnatcatcher wingspan?

Its wingspan is 6.3 inches.

When do Blue-gray gnatcatchers leave the nest?

Blue-gray gnatcatchers usually leave the nest at 14 or 15 days old.

Where does a Blue-gray gnatcatcher live?

This bird lives throughout the United States in North America. Also, some of these birds migrate to or live in Mexico and Cuba.

How big is a Blue-gray gnatcatcher?

The Blue-gray gnatcatcher is four to five inches long and weighs .21 ounces.

What is the range of a Blue-gray gnatcatcher?

The range of this bird extends as far north as New York, Michigan, Wisconsin, and the southern part of Montana. The rest of its range runs through the middle of the United States and as far south as Texas. It also lives in Mexico and Cuba.