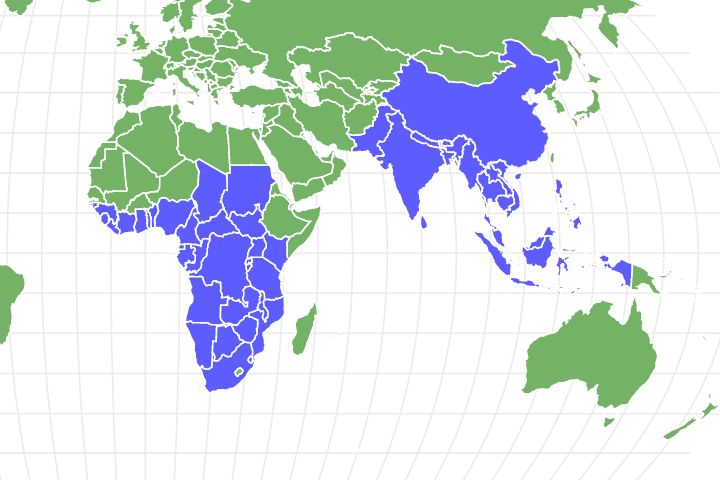 View all of our Pangolin pictures in the gallery.

View all of the Pangolin images!

“The Pangolin is the most trafficked mammal on the planet.”

The pangolin isn’t an ordinary animal by any means. They have interesting scales and a characteristic reaction of rolling over when threatened leave a distinct impression on those who encounter them. Their unique coat has also made them a prime target for poaching and trafficking, which has significantly diminished native populations around the world. Despite similarities to anteaters in diet and appearance, these small mammals are actually quite distinct and are classified into their own taxonomic order.

Pangolins are also known as scaly anteaters, although they are distinct from actual anteaters in both taxonomy and genetics aside from their shared origins in the Mammalia class. All 8 species are members of the Manidae family of the order Pholidota, which is named after the old Greek word for “horned scale.” The 8 species are spread among three genera: Manis, Phataginus and Smutsia.

Pangolins aren’t the most elegant or graceful animals, but what they lack in aesthetics they make up for with specialized functionality. Their bodies can range anywhere from 1 to 3 feet in length with adult tail length extending between 10 and 30 inches. They have relatively small, pointed heads that are adapted for infiltrating insect burrows and nests.

These mammals have several unique adaptations and features, including a complete lack of teeth in their mouth. Instead, they have a long and mobile tongue that is perfectly designed for preying on insects. Their stubby legs are also equipped with sets of sharp claws that help them latch on to trees and rip into nests as they search for prey. Their prehensile tail also functions as a crucial support for their body as they use their front legs as multi-purpose tools.

The pangolin’s scales are their most noteworthy feature and one of the reasons they are highly trafficked. These formations are actually formed by clumps of hair made of keratin, which is the same substance found in human fingernails. These clumps are soft on newborns, but quickly begin to harden into strong scales as they mature. They form into durable armor that acts as a defense mechanism when the animal curls into a tight ball when faced with an imminent threat.

Pangolins are generally shy and solitary, preferring to live alone or in pairings. They are primarily nocturnal, with the exception of one species, and may seek food in trees or along the ground. Their body and armored scales allow them to employ a defensive ball posture, much like an armadillo, when facing predators. They also have scent-secreting glands that allow them to propel a noxious spray as a deterrent against threats.

Pangolin are found in diverse habitats in both Asia and Africa. Manis pentadactyla is found throughout China, M. javanica is native in various locales in southeast Asia and M. crassicaudata is native to India. The remaining 5 species are found in central and southern Africa, with a range spanning over half of the continent.

Some species are arboreal, so they spend most of their time sleeping, hunting and living in trees. Their sharp claws and large, flexible tail allow them to keep a grip on vertical surfaces while using their front claws to break into insect nests. Other species are primarily terrestrial, which means they stick to the ground and typically dwell in burrows. All species are able to navigate water with some skill, although they are not known to frequent aquatic environments.

Much like anteaters, pangolins are exclusive insectivores that typically seek prey that dwells in hives or large nests. What they lack in acuity of vision, they make up for with an extremely strong sense of smell. Their keen nostrils help them seek out prey and pinpoint their location beneath soil or under tree bark.

What do Pangolins Eat?

Ants and termites are a prime target due to their centralized nest structure and plentiful populations. Larvae of various insects also serve as a potential source of food, particularly for arboreal pangolin species. Their long, flexible tongue and sticky saliva are perfect for capturing small insects in their nests or along rugged surfaces.

Humans are by far the most significant threat to pangolin populations across the world. The animals have long been hunted as a source of food, but their scales are also highly prized in some cultures as an ingredient in traditional medicine. As the most trafficked mammal in the world, all pangolin species face some risk of extinction. Current classifications among the 8 species range from vulnerable to critically endangered and there are strict controls on international trade of both meat and scales.

While human poaching and hunting is the primary concern when it comes to population management, there are natural predators throughout the pangolin’s native range as well. Any large local predator is a potential threat, including hyenas, lions and pythons.

In 2020, COVID researchers discovered that pangolins were host to a coronavirus that was extremely similar to the one responsible for the COVID-19 pandemic. While this did not establish a definitive link or suggest the animal as a possible carrier, it did raise concerns of the animal functioning as a vector for coronavirus infection. This makes them the second animal, after bats, identified as a possible source or carrier for the coronavirus. This revelation also caused conservationists some concern over the risk of people targeting pangolins for extermination to reduce the perceived risk of COVID.

Pangolin pairs typically mate only once a year, with regional mating seasons usually occurring during the summer or fall seasons. Males leave scent markers to attract potential mates to their territory. In competitive situations, adversarial males use their heavy tails as weapons to achieve dominance and earn the right to reproduce with the female.

Mothers usually only give birth to one pup at a time, but some species in Asia can have two or three at once. The typical gestation period varies depending on species, ranging between 70 and 140 days. The first few weeks of life are spent tucked away in a burrow or nest. After the pup has matured a bit and its soft scales have begun to harden, it rides on its mother’s tail or back to accompany her while she hunts.

The weaning process typically begins after a few months, but pangolin pups may stay with their mother for up to two years. Mothers eventually abandon their young when they’ve reached an appropriate age to fend for themselves. Life expectancy in the wild is uncertain, but animals have been known to live for up to 20 years in captivity.

While conservationists don’t have a clear idea of total pangolin population numbers in Asia and Africa, there is plenty of reason to believe that they are in sharp decline. Hundreds of thousands of the animals are killed for their meat and scales every year, which has prompted a massive international ban on all commercial trade in 2016.

What is a pangolin?

Pangolins are a group of medium-sized mammal species that are native to various regions of Africa and Asia. They are nocturnal insectivores that have physical characteristics similar to an anteater or armadillo, although they aren’t directly related to either animal. All 8 pangolin species are heavily threatened by poaching and trafficking despite international restrictions on the trade of meat, scales, and live animals.

What is a pangolin related to?

Due to visible similarities with sloths, anteaters, and armadillos, pangolins were once classified in a related taxonomy. However, genetic evidence has caused scientists to place them in a distinct clade within the Mammalia class that has few direct relatives. Pangolin species currently found in the wild are thought to have various extinct relatives based on available fossil evidence.

While they aren’t related in taxonomy, pangolins and armadillos do share similar body structure, size, and shape. They are also both mammals that rely on hard skin and readily assume a ball-like posture as a defense mechanism. However, armadillos rely on tough layers of skin and pangolins have scales formed by hair clumps composed of keratin.

What are pangolin scales used for?

The pangolin’s unique keratin enhanced fur scales are highly desired in traditional medicine in Asian and African cultures. They also have historical ornamental uses in fashion and hand-crafted objects.

What does a pangolin eat?

Pangolins are insectivores, which means they survive exclusively by hunting bugs. Their pointed nose and long, sticky tongue are adapted for fishing out ants, termites, larvae, and other insect species from their nests. They have a keen sense of smell that helps them locate prey as well as claws that are perfect for digging and ripping apart wood.

Where does pangolin live?

Depending on species, pangolins can be either arboreal or terrestrial. Arboreal species spend almost all of their time on the trunks and branches of trees, seeking shelter and food there. Their terrestrial counterparts typically live in subterranean burrows and stick close to the ground, although all species are able to navigate across water when necessary.

What Kingdom do Pangolins belong to?

Pangolins belong to the Kingdom Animalia.

What type of covering do Pangolins have?

Pangolins are covered in Scales.

What are some predators of Pangolins?

Predators of Pangolins include humans, lions, hyenas, and snakes.

What is the lifespan of a Pangolin?

Pangolins can live for 240 months.

How many species of Pangolin are there?

There are 8 species of Pangolin.

What is a baby Pangolin called?

A baby Pangolin is called a pup.

What is the biggest threat to the Pangolin?

The biggest threat to Pangolins is poaching.

What is another name for the Pangolin?

The Pangolin is also called the scaly anteater.

How many Pangolins are left in the world?

The population size of the Pangolin is unknown.

How many babies do Pangolins have?

The average number of babies a Pangolin has is 1 to 3.

What is an interesting fact about Pangolins?

Pangolins have bad eyesight, but a great sense of smell.

How fast is a Pangolin?

A Pangolin can travel at speeds of up to 3 miles per hour.

How does a Pangolin compare to an Armadillo?

Pangolins and armadillos both have protective surfaces that form a kind of “armor” against predators. Yet, when comparing pangolin vs. armadillo, there are many key differences. For one, their armor is very different in shape. Second, pangolins evolved to not have teeth while armadillos have a mouth full. Finally, the two animals come from different families with armadillos more closely related to sloths and anteaters.